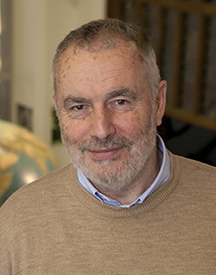 François M. M. Morel is the Albert G. Blanke Professor of Geosciences at Princeton University. He received a B.S. in Engineering from the University of Grenoble, France, and a Ph.D. in Engineering Science from the California Institute of Technology. He was a faculty member at the Massachusetts Institute of Technology from 1973 to 1994 and joined the Princeton faculty in 1994. The research in his laboratory focuses on the interaction of trace metals and microorganisms in the environment, with particular emphasis on the role of metals in the global cycles of carbon and nitrogen in marine and terrestrial systems. Morel’s research group discovered the only known cadmium enzyme, a cadmium carbonic anhydrase used by marine phytoplankton to acquire inorganic carbon for photosynthesis.He won Dickson Prize in Science in 2012.