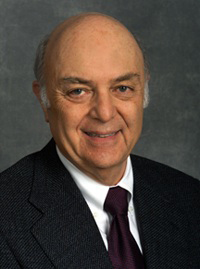 Marvin L. Cohen (born Montreal on March 3, 1935) is a Canadian-born American physicist. He is a professor of condensed matter physics and materials science at the University of California, Berkeley. Nobel laureate Robert B. Laughlin studied under John D. Joannopoulos, a student of Cohen's.Cohen received his PhD from the University of Chicago in 1964, under Professor Jim Phillips. He has received the Oliver E. Buckley Prize in 1979, the Julius Edgar Lilienfeld Prize in 1994, the National Medal of Science in 2001, and the Dickson Prize in Science in 2011.