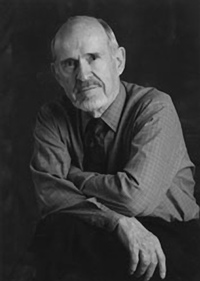 Euine Fay Jones was an American architect and designer. An apprentice of Frank Lloyd Wright during his professional career, Jones is the only one of Wright's disciples to have received the AIA Gold Medal (1990), the highest honor awarded by the American Institute of Architects. He was born on January 31, 1921 in Pine Bluff, Arkansas, United States. Jones' interest in architecture began with the design of treehouses in high school and being inspired by a short film about American Frank Lloyd Wright. Jones hoped to earn an appointment to the United States Naval Academy and took engineering classes at the University of Arkansas to improve his chances. Jones' hopes were dashed after his congressman was defeated for reelection and was unable to offer an appointment. At the outbreak of World War II, Jones joined the United States Navy and served in the Pacific theater of operations as a naval aviator. He piloted torpedo and dive bombers. He died on August 31, 2004 in Fayetteville, Arkansas, United States.