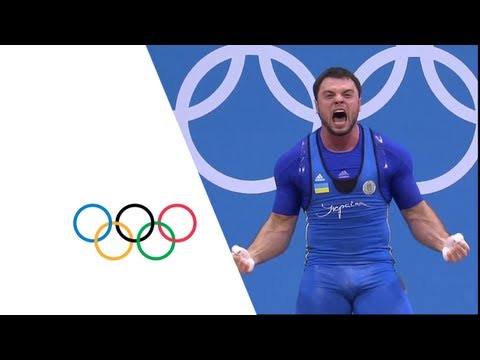 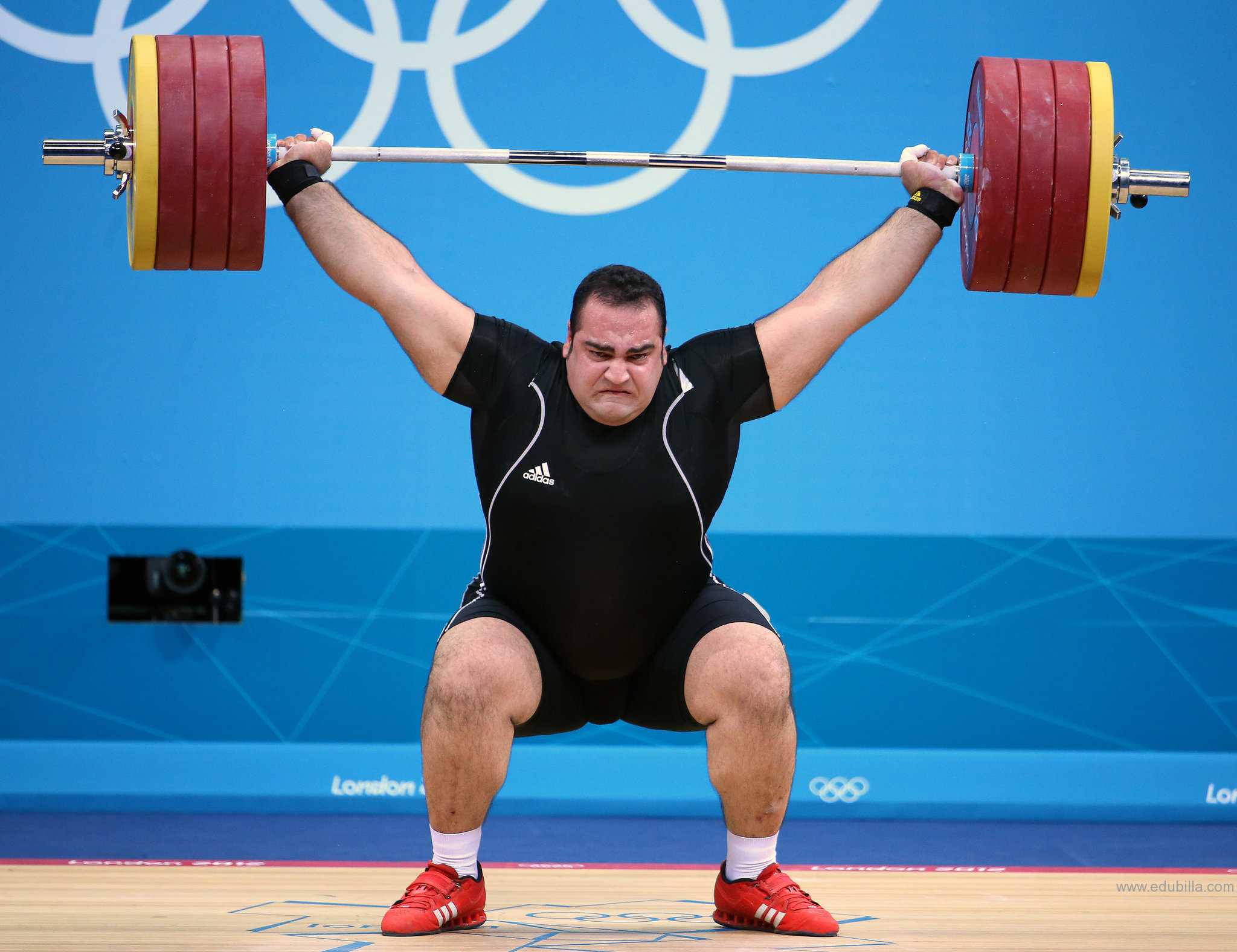 As a basic athletic activity and a natural means to measure strength and power, the lifting of weights was present in both ancient the Egyptian and Greek societies.  Boosting its international importance chiefly in the 19th Century, weightlifting was among those few sports featured in the first Modern Olympic Games in 1896.

In the snatch, the bar is pulled in one explosive motion form the floor to full arm's length overhead. In order to make the lift easier to perform, athletes typically bend their legs quickly while the bar is rising in order to catch the bar at arm's length.  The combined attributes of great strength and blinding speed are needed to accomplish this challenging event effectively.  The best lifters in the world (in the lighter weight classes can lift as much as 2.5 times their bodyweight in the Snatch).  The best super-heavyweight athletes in history have lifted nearly 227.5kg (500 lbs.) in this lift.*

In the clean and jerk (C&J), the bar is also lifted to full arm's length overhead.  However, although it is considered one event, the C&J is really two lifts that must be completed one immediately after the other.  In the clean, the bar is raised (pulled) in an explosive motion from the floor to a point of rest approximately at the level of the shoulders (The rules permit lifting the bar within a zone from the chest above the nipples to a position above the shoulders, as long as the arms are in a fully bent position with the bar resting on the hands in the latter case).

The second part of the C&J, the jerk, consists of bending the legs and then extending both the arms and the legs to bring the bar to full arm's length over the hand in one explosive motion.  In order to make the lift easier to perform, athletes typically drop into a "split" position, or merely bend their legs quickly while the bar is rising in order to catch the bar at arm's length.  Since the athlete is lifting the bar in two stages in the C&J, heavier weights can be lifted in the C&J than in the snatch.

The best lifters in the world in the lighter weight classes can lift as much as 3 times their bodyweight in the C&J.  The best super-heavyweight lifters in history have lifted nearly 272.5kg (600 lbs.) in this lift.  Often referred to as the "King (or Queen) of the lifts", the C&J is the greatest single test of overall strength and power known.*

Three Judges watch for incorrect features of the lift to separate a “Good” lift from a “Bad Lift”.

Here are the basic items judges look for:

Detailed Weightlifting Rules Can Be Downloaded From Documents

Equipment consisting of a steel bar and rubber-coated discs of different weights fastened onto it. In weightlifting competitions, competitors must lift the barbell loaded to a certain weight under strictly specified conditions. In competition, the barbell’s weight is progressively loaded by one-kilo increments.

A metal component that encircles the bar and secures the weights in place (weighing 2.5kg each).

An individual cylindrical weight on the bar. The weight of the discs ranges between 0.5kg and 25kg, symmetrically loaded on the bar in accordance with the weight requested by the athlete for his/her attempt.

The end parts of the bar where the weights are attached.

The three referees give their decision about the correctness and validity of each lift by pressing white or red light buttons on a small device in front of them. As soon as a referee has judged a lift as correctly completed, he or she will press the white light button, or, if the attempt is incorrect or missed, the red light button.

The records relevant to the competition/championships and the category contested are displayed in the venue for information to the public. When displayed on the main scoreboard, the records are immediately updated.

Replays of the lifts in slow motion from different angles are presented to the public and the Jury after each attempt to allow for better observation of the athletes’ movements, which are very fast in real time.

Competitors wear a – usually – one-piece, close-fitting leotard, with or without a T-shirt underneath.

are designed specially to give stability to the feet during the execution of the lift.

(Maximum 120mm wide) may be worn to support the trunk during the attempt.

May be worn on the wrists or the knees. Elastic knee-caps may also be worn instead of the knee bandage. Weightlifters may use special gloves to improve their grip on the bar.

As a means to measure strength and power, weightlifting was practised both by ancient Egyptian and Greek societies. It developed as an international sport primarily in the 19th century and is one of the few sports to have featured at the 1896 Athens Games.

Although men’s weightlifting has always been on the programme of the Olympic Games - except for at the 1900, 1908 and 1912 editions – women started to participate only at the 2000 Games in Sydney.

The Olympic weightlifting programme has evolved greatly over time. Today, weightlifters compete in snatch and clean and jerk, and are placed according to their total combined result. From the 2000 Olympic Games in Sydney, men have competed in eight weight categories and women in seven. This total of 15 events remains unchanged.

The History of weightlifting at a Glance:

The origins of modern weightlifting competition are to be found in the 18th- and 19th-century strong men, such as Eugene Sandow and Arthur Saxon of Germany, George Hackenschmidt of Russia, and Louis Apollon of France, who performed in circuses and theatres

7th April 1896 Athens - Weightlifting is in the program of the first Olympic Games of the modern times. One-hand snatch and two-hand clean and jerk formed the program for six athletes from five countries.

10th June 1905 Duisburg - Foundation of the „Amateur-Athleten-Weltunion“, predecessor of the IWF, with responsibility for weightlifting and wrestling.

16th–26th September 2000 Sydney - Weightlifting for women celebrates the Premiere at the Games of the XXVII Olympiad with 85 athletes from 47 countries.

2011 Shenzhen - 26th Summer Universiade featuring weightlifting for the first time on the program.

The earliest evidence of weightlifting dates to China’s Zhou Dynasty, which took place from the 10th century B.C. until 256 B.C. During this time, military recruits were required to pass weightlifting tests before they were accepted into the military. Various sculptures from ancient Greek civilizations also portray the sport, depicting Greeks lifting heavy stones. Eventually, the Greeks substituted large heavy bells for primitive dumbbells. Ancient Egyptian artifacts also depict the sport of weightlifting; according to these artifacts, Egyptians lifted heavy bags of sand as a form of physical training. 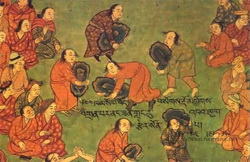 The sport of weightlifting made its first Olympic appearance at the 1896 games. During these games, Launceston Elliott of Great Britain won the “One-Hand Lift” contest; Viggo Jensen of Denmark won the “Two-Hand Lift.” 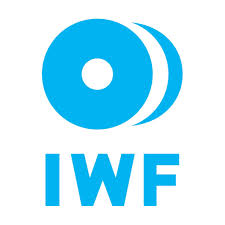 -The International Weightlifting Federation (IWF) is a permanent non-profit organization composed of 188 affiliated National Federations worldwide, from all five Continents

-The IWF was founded in 1905, being one of the oldest International Sport Federations

-The IWF is the world controlling body for weightlifting 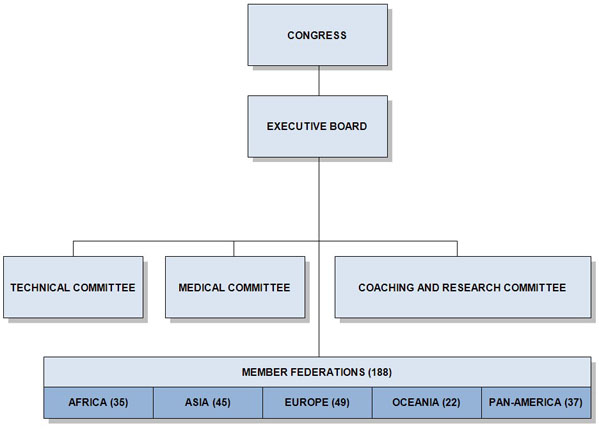 Promote Weightlifting as a core sport & support the development, health and unity for the benefit of all its stakeholders

-To promote, lead and govern the sport of weightlifting throughout the world

-To support all initiatives for peace and understanding

-To advocate and ensure competitions in the spirit of Fair Play

-To provide equal conditions for different Continents, countries, individuals without distinctions for reasons of race, colour, gender, religion or politics

-To organise, control and develop the sport of weightlifting on an international scale

-To establish the weightlifting Rules and Regulations

-To control and regulate all international weightlifting competitions

-To cooperate with the IOC on the organisation of Olympic Games, weightlifting events

-To ensure the safety and health of the athletes and officials

-To fight against doping

-To support the development of weightlifting in National Federations

-To supervise weightlifting events at Continental, Regional and other Multisport Games

-To supervise the activities of Continental and Regional Federations

-To register and govern the appointment of International Technical Officials

-To educate athletes and officials

-To record and verify world and Olympic records

The Rajiv Gandhi Khel Ratna (RGKR) is India’s highest honour given for achievement in sports, given by the Ministry of Youth Affairs and Sports, government of India.The words "Khel Ratna" literally mean "sports gem" in Hindi. The award is named after the late Rajiv Gandhi, former Prime Minister of India. It carries a medal, a scroll of honour and a substantial cash component. Up to 2004–05, the cash component was Rs. 500,000/- (c.11,500 USD). In 2005, the money has been increased from Rs. 500,000 to Rs. 750,000.

The award was instituted in the year 1991–92 to supply the lack of a supreme national accolade in the field of sports. Predating the RGKR are the Arjuna awards that have always been given to outstanding sportspersons in each of many sporting disciplines every year. The Khel Ratna was devised to be an overarching honour, conferred for outstanding sporting performance, whether by an individual or a team, across all sporting disciplines in a given year.

The Arjuna Awards are given by the Ministry of Youth Affairs and Sports, government of India to recognize outstanding achievement in National sports. Instituted in 1961, the award carries a cash prize of ? 500,000, a bronze statuette of Arjuna and a scroll.

Over the years the scope of the award has been expanded and a large number of sports persons who belonged to the pre-Arjun Award era were also included in the list. Further, the number of disciplines for which the award is given was increased to include indigenous games and the physically handicapped category.

The Government has recently revised the scheme for the Arjun Award.As per the revised guidelines, to be eligible for the Award, a sportsperson should not only have had good performance consistently for the previous three years at the international level with excellence for the year for which the Award is recommended, but should also have shown qualities of leadership, sportsmanship and a sense of discipline.

From the year 2001, the award is given only in disciplines falling under the following categories:

-Sports for the Physically Challenged

In mid-August 2011, 19 athletes were announced as Arjuna recipients; the high number due to the inclusion of both the 2010 Commonwealth Games and 2010 Asian Games in the Arjuna qualifying year.

In 2012, 25 sportspersons were conferred with the Arjuna awards.

The 2014 Malaysia Sport Leadership Award was presented by HRH the King of Malaysia on the 28 April 2015 at the Grand Dosset Hotel, Subang, Kuala Lumpur, Malaysia. 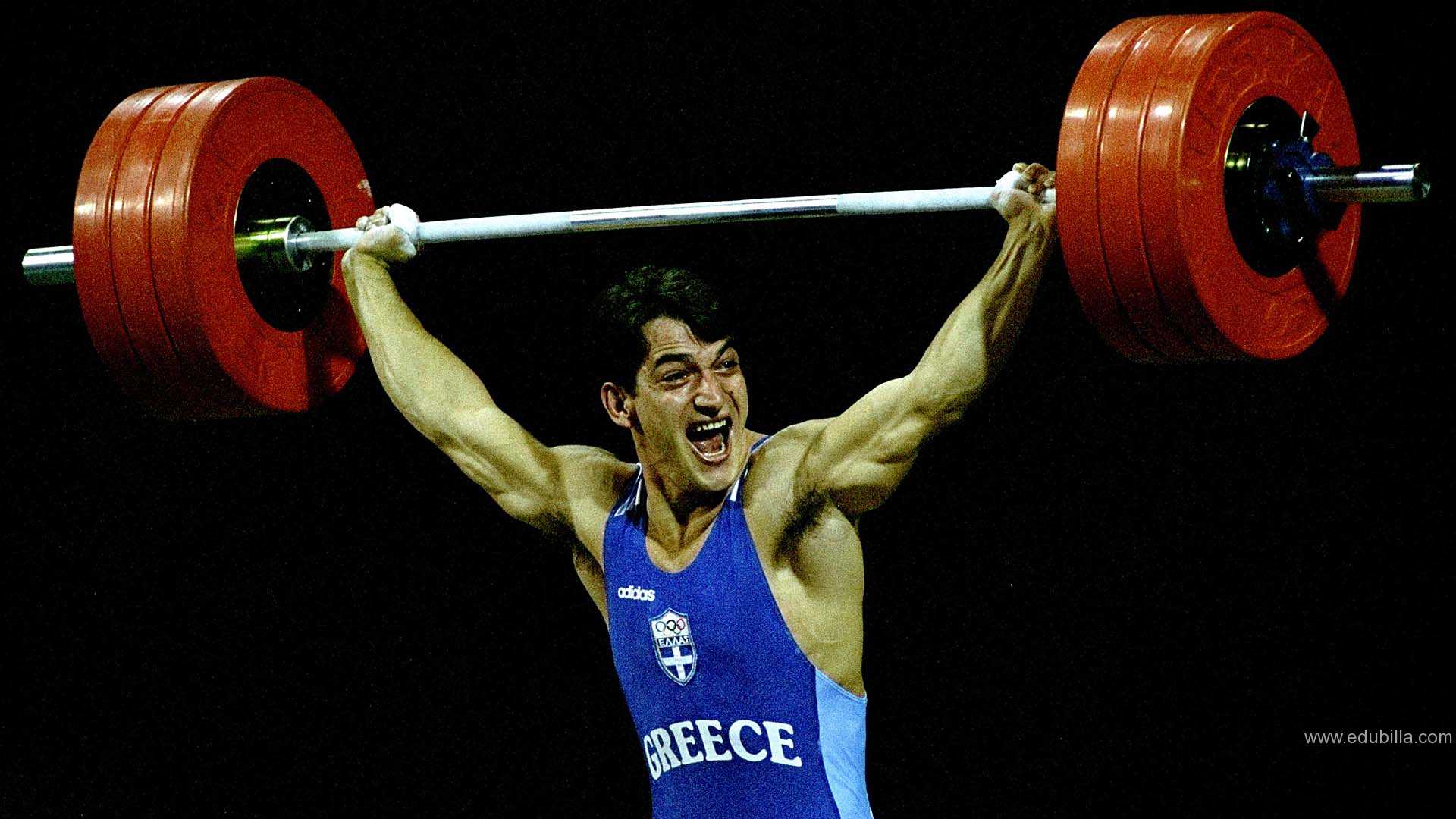 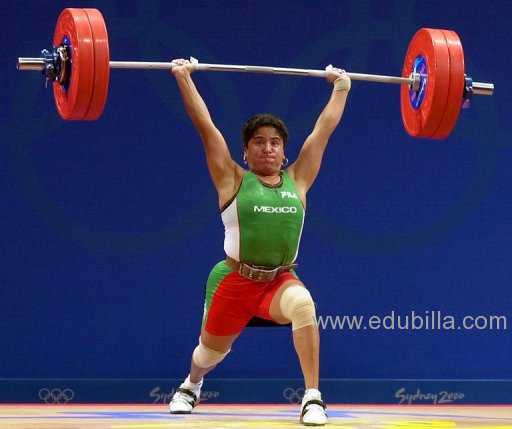 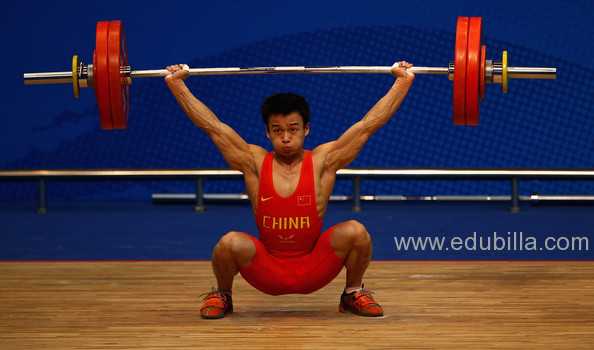 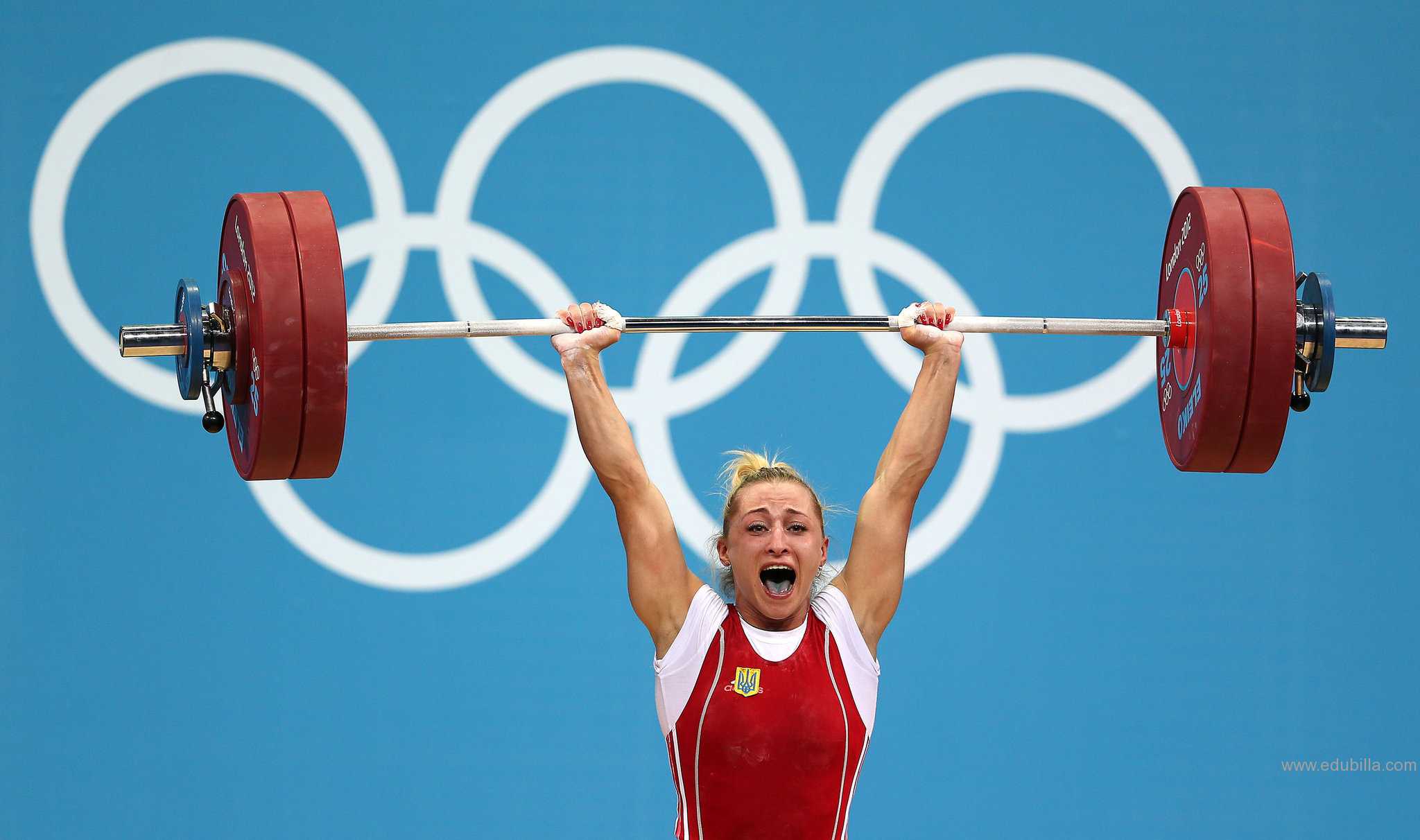 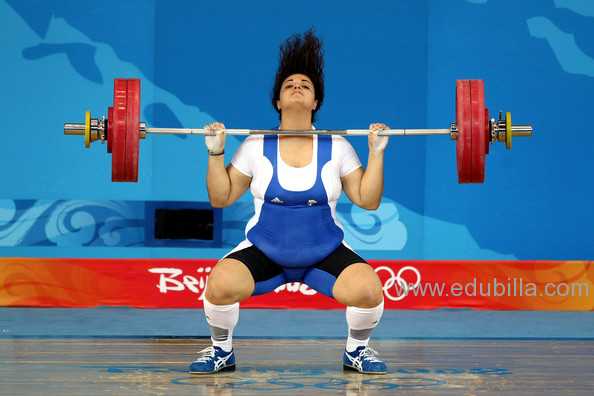 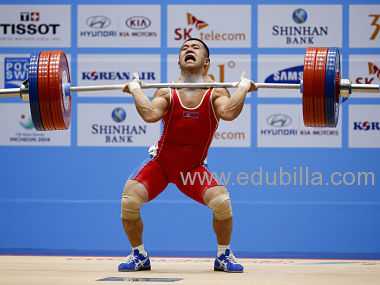 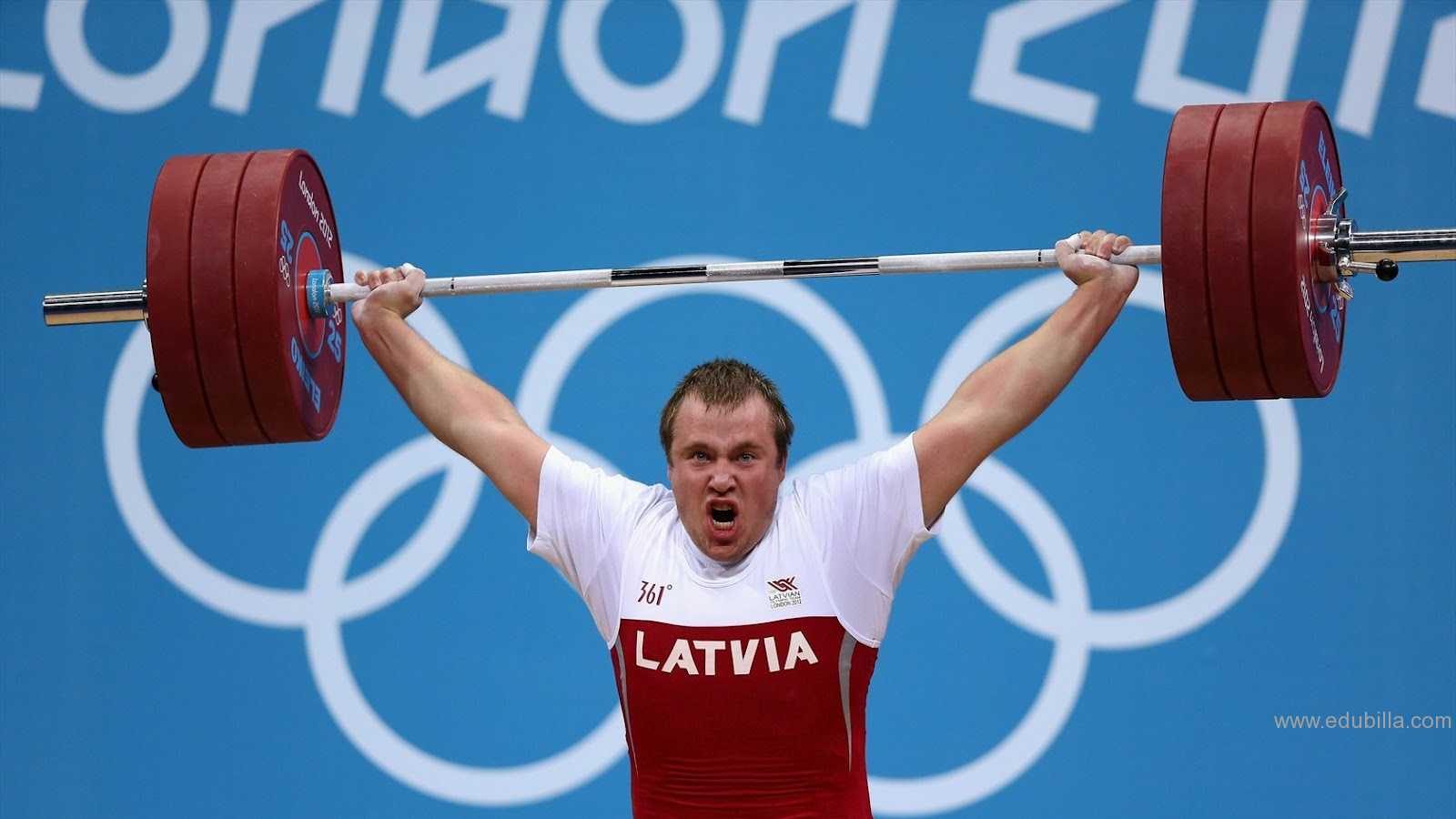 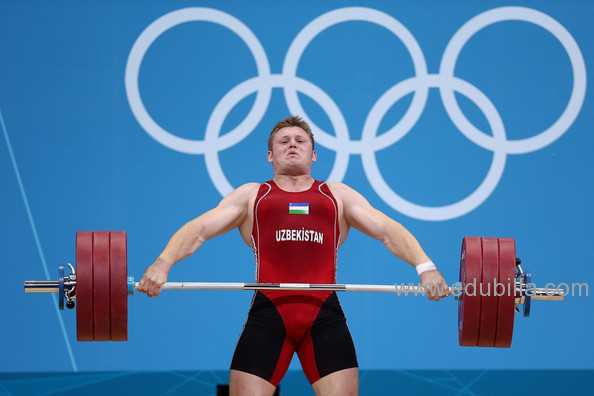 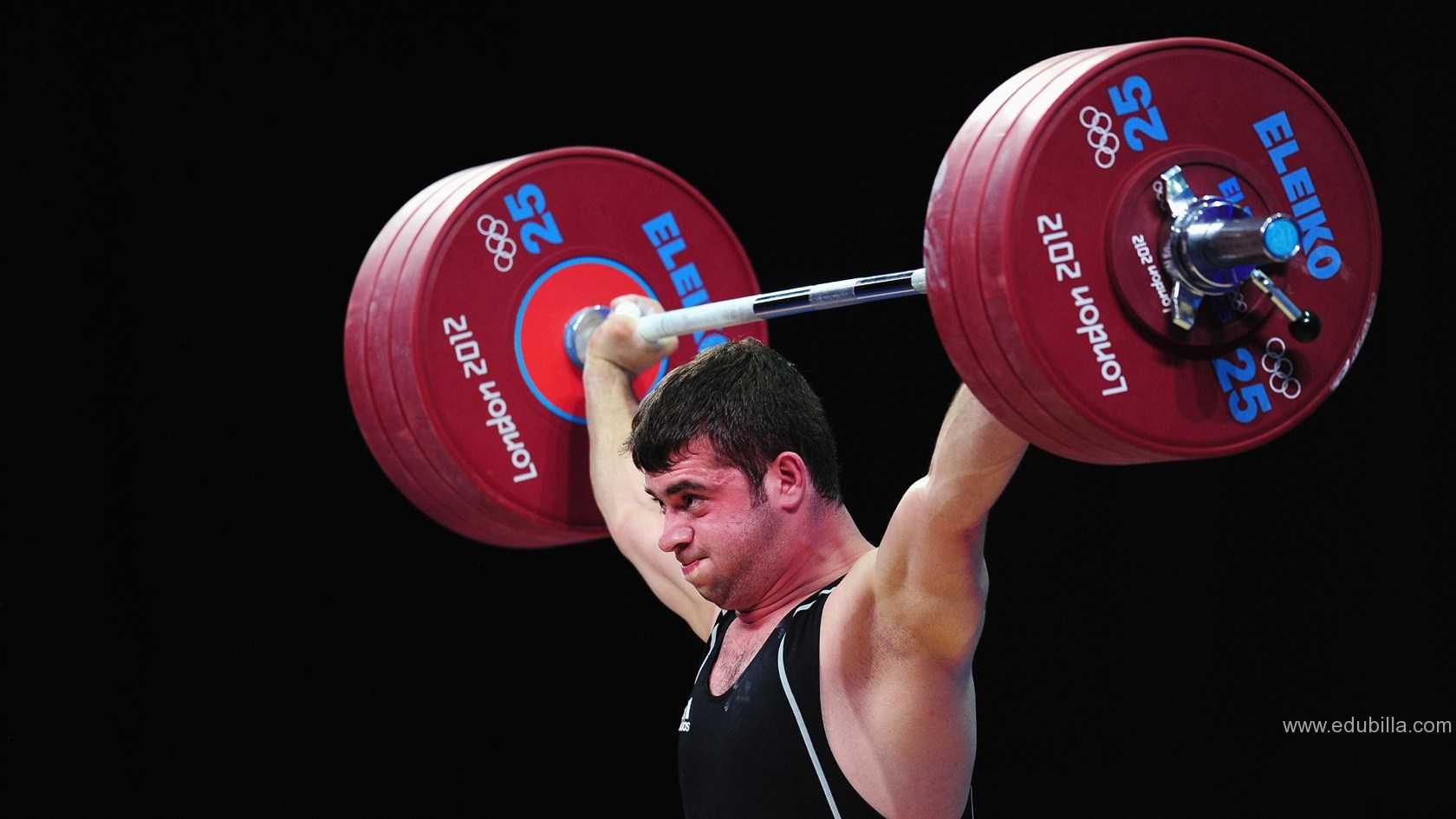