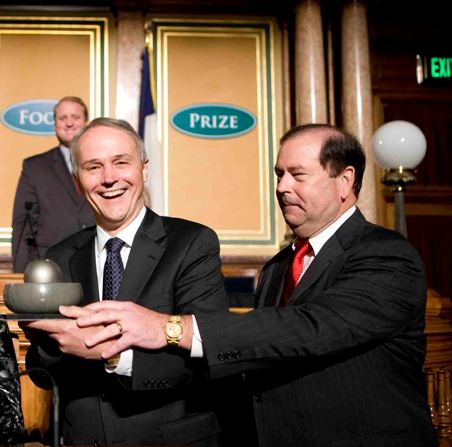 David Beckmann is one of the foremost U.S. advocates for hungry people. He has been president of Bread for the World since 1991, leading large-scale and successful campaigning to strengthen U.S. political commitment to overcoming hunger and poverty.  Before that, he served at the World Bank for 15 years, overseeing large projects and driving innovations to make the Bank more effective in reducing poverty. In 2010, he won the World Food Prize for world's foremost grassroots organizations leading the charge to end hunger and poverty around the globe.