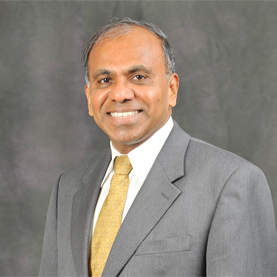 Subra Suresh (born May 30, 1956) is the ninth and current president of Carnegie Mellon University.A distinguished engineer and scientist, Suresh served as Director of the National Science Foundation from 2010 to 2013. Before his appointment to NSF, he was the Vannevar Bush Professor of Engineering at the Massachusetts Institute of Technology (MIT), where he was the Dean of the School of Engineering (2007-2010).In October 2013, Suresh was elected to the Institute of Medicine, the branch of the U.S. National Academies that honors researchers in medicine and health care. He already had been elected to the National Academy of Sciences (2012) and the National Academy of Engineering (2002).He also received ASME's 2012 Timoshenko Medal, the highest global recognition in the field of theoretical and applied mechanics.