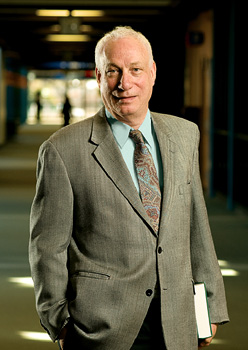 Alan Needleman was born September 2, 1944, in Philadelphia, PA and is Professor of Materials Science & Engineering, University of North Texas. Prior to 2009, he was Florence Pirce Grant University Professor of Mechanics of Solids and Structures at Brown University in Providence, Rhode Island. Professor Needleman received his B.S. from the University of Pennsylvania in 1966, an M.S. and Ph.D. from Harvard University in 1967 and 1970 respectively, advised by John W. Hutchinson. He was an Instructor and Assistant Professor in the Department of Applied Mathematics at the Massachusetts Institute of Technology from 1970 to 1975. He was a Professor of Engineering at Brown University starting in 1975, and served as the Dean of the Engineering Department from 1988 to 1991. He was the chair of the Applied Mechanics Division.He is also the recipient of Timoshenko Medal in 2011.