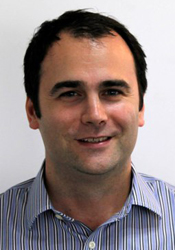 Jason Szep has been a Reuters correspondent, bureau chief and editor since 1990. He won the 2014 Pulitzer Prize for International Reporting along with Andrew Marshall for their report on the violent persecution of the Rohingya, a Muslim minority in Myanmar.A Boston native, Jason has had postings with Reuters in Toronto, Sydney, Hong Kong, Singapore, Tokyo, Boston and Bangkok. He won the Society of Professional Journalists' Sigma Delta Chi award in 2007 for a series on Mormonism in America.

In his current role as Southeast Asia Bureau Chief, he oversees text, pictures and television news operations across 10 countries for Reuters. His assignments have ranged from Kabul and Islamabad to the U.S. presidential campaign trail during the 2008 election.