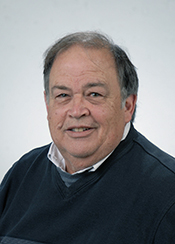 Frank Suraci considers himself a journeyman editor, working for more than 30 years as city editor of the Daily Breeze in the Los Angeles News Group. A graduate of Pepperdine University in Malibu, he worked more than seven years as a reporter on a variety of beats -- from cops and courts to city hall and politics. Over the years, Frank has covered or overseen the paper's coverage of several huge national stories -- among them the years-long McMartin Preschool molestation case, passage of the ground-breaking Proposition 13, the OJ Simpson murder case and a deadly plane crash at Los Angeles International Airport. But he is most proud of the watchdog journalism he has directed, including the Centinela Valley school district superintendent's manipulation of the school board to make him unjustly one of the highest paid public officials in the country.He received Pulitzer Prize for Local Reporting in 2015.