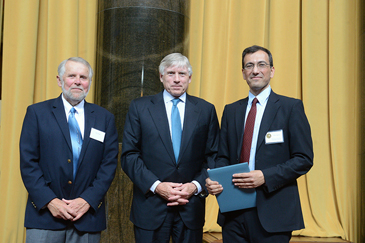 Eric Lipton is a reporter at the New York Times. Lipton joined the Times in 1999, covering the final years of the administration of New York Mayor Rudolph W. Giuliani, as well as the 2001 terror attacks. He is co-author of the 2003 book City in the Sky, the Rise and Fall of the World Trade Center.He is now based in New York Times' Washington bureau, where he is an investigative reporter who writes about ethics, lobbying and corporate agendas. His previous assignments include the Department of Homeland Security and the Transportation Security Administation as well as the aftermath of Hurricane Katrina. Lipton has won two Pulitzer Prize awards, most recently the 2015 prize for investigative journalism.for a series of stories about lobbying of state attorneys general and Congress. He also was awarded the 2015 prize for large circulation newspapers by Investigative Reporters and Editors.