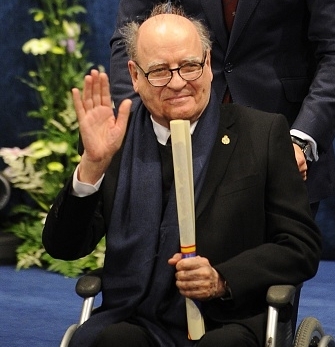 Joaquín Salvador Lavado, better known by his pen name Quino (born 17 July 1932), is a Argentine Spanish cartoonist. His comic strip Mafalda (which ran from 1964 to 1973) is very popular in Latin America and many parts of Europe.In 2014 he won the Princess of Asturias Awards for the Communications and Humanities.