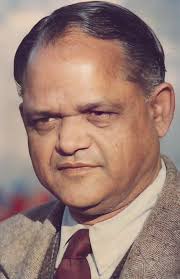 Dr. Vinod Prakash Sharma was an Indian scientist, widely respected for his knowledge in malariology and entomology and known for his pioneering work in vector biology and bioenvironmental control of malaria. Recipient of many awards, including the Padma Shri, he was again honoured by the Government of India, in 2014, by bestowing on him the third highest civilian award, the Padma Bhushan. He was born on April 6, 1938 in Allahabad. Sharma started his career at the Forest Research Institute, in the high altitude area of Dehradun, as a Pool Officer, in 1969. A year later, he joined the World Health Organization sponsored Indian Council of Medical Research project as a Senior Scientist on genetic control of Culicine mosquitoes, in 1970, where he worked till 1975. The next move was to the Vector Control Research Centre and Malaria Research Unit, in 1976, as the Deputy Director, for a 2-year stint there. In 1978, he joined the Malaria Research Centre, New Delhi as its Deputy Director. He is also leading the Safe Water campaign initiated by National Academy of Sciences, India.