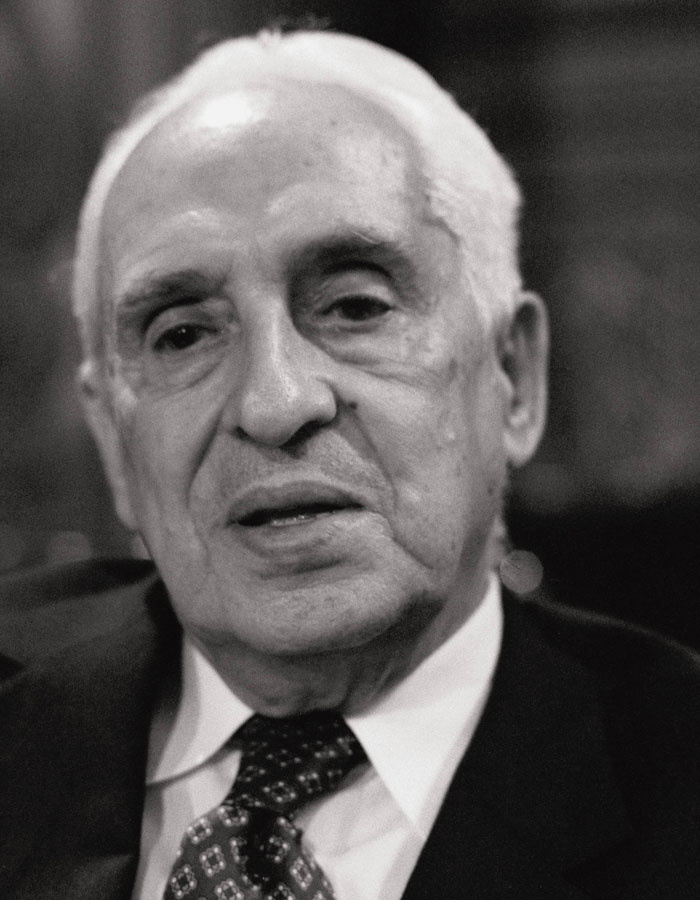 Severo Ochoa was a Spanish-American biochemist and molecular biologist who was co-awarded the 1959 Nobel Prize in Physiology or Medicine for discovering an enzyme that enables the synthesis of RNA. In the 1950s, he was one of the first scientists to synthesize the newly discovered ribonucleic acid (RNA) in the laboratory. Severo Ochoa was born at Luarca, Spain, on September 24th, 1905. He is the son of Severo Ochoa, a lawyer and business man, and Carmen de Albornoz. Ochoa was educated at Málaga College, where he took his B.A. degree in 1921. His interest in biology was greatly stimulated by the publications of the great Spanish neurologist,Ramon y Cajal, and he went to the Medical School of the University of Madrid, where he obtained his M.D. degree in 1929.

Ochoa's research has dealt mainly with enzymatic processes in biological oxidation and synthesis and the transfer of energy. It has contributed much to the knowledge of the basic steps in the metabolism of carbohydrates and fatty acids, the utilization of carbon dioxide, and the biosynthesis of nucleic acids. It has included the biological functions of vitamin B1, oxidative phosphorylation, the reductive carboxylation of ketoglutaric and pyruvic acids, the photochemical reduction of pyridine nucleotides in photosynthesis, condensing enzyme - which is the key enzyme of the Krebs citric acid cycle, polynucleotide phosphorylase and the genetic code. He received the National Medal Of Science in 1979. He died on November 1, 1993 in Madrid, Spain.