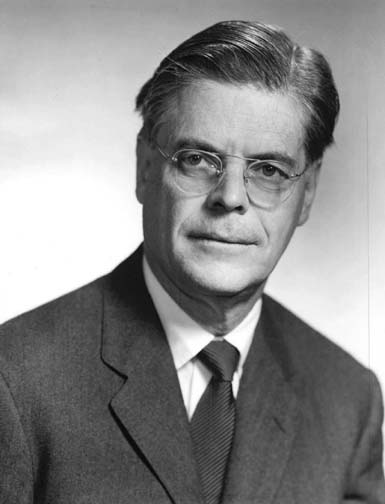 Robert Rathbun Wilson was an American physicist known for his work on the Manhattan Project during World War II, as a sculptor, and as an architect of the Fermi National Accelerator Laboratory, where he was the first director from 1967 to 1978. He was born on March 4, 1914 in Frontier, Wyoming, United States. A graduate of the University of California, Berkeley (BA and PhD), Wilson received his doctorate under the supervision of Ernest Lawrence for his work on the development of the cyclotron at the Berkeley Radiation Laboratory. Wilson received many awards and honors, including the Elliott Cresson Medal from the Franklin Institute in 1964, the National Medal of Science in 1973, and the Department of Energy's Enrico Fermi Award in 1984. He was elected to the National Academy of Sciences and the American Philosophical Society, and was president of the American Physical Society in 1985.