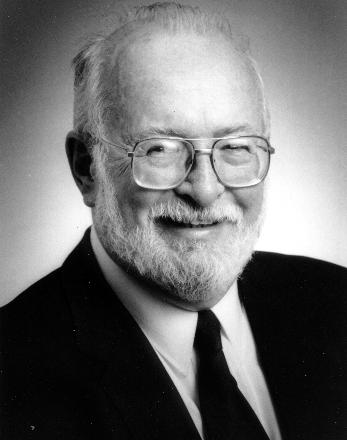 Paul Christian Lauterbur was an American chemist who shared the Nobel Prize in Physiology or Medicine in 2003 with Peter Mansfield for his work which made the development of magnetic resonance imaging (MRI) possible. He was born on May 6, 1929 in Sidney, Ohio, United States. Lauterbur received a Ph.D. in chemistry from the University of Pittsburgh in 1962. He served as a professor at the University of New York at Stony Brook from 1969 to 1985, when he accepted the position of professor at the University of Illinois at Urbana-Champaign and director of its Biomedical Magnetic Resonance Laboratory. In 1987, he received the National Medal Of Science.

In the early 1970s Lauterbur began work using nuclear magnetic resonance (NMR), which is the selective absorption of very high-frequency radio waves by certain atomic nuclei subjected to a strong stationary magnetic field. NMR is a key tool in chemical analysis, using the absorption measurements to provide information about the molecular structure of various solids and liquids. Lauterbur realized that if the magnetic field was deliberately made nonuniform, information contained in the signal distortions could be used to create two-dimensional images of a sample’s internal structure. This discovery laid the groundwork for the development of MRI as Mansfield transformed Lauterbur’s work into a practical medical tool. Noninvasive and lacking the harmful side effects of X-ray and computed tomography (CT) examinations, MRI became widely used in medicine.