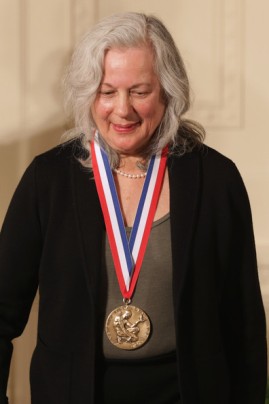 Judith P. Klinman is an American chemist known for her work on enzyme catalysis. She earned her A.B. from University of Pennsylvania in 1962 and Ph.D. from the same university in 1966. Her group has discovered that room temperature nuclear tunneling occurs among various enzymatic reactions, and clarified the dynamics of tunneling process through data analysis. They have also discovered the quino-enzymes.In 2014, she received the National Medal of Science.