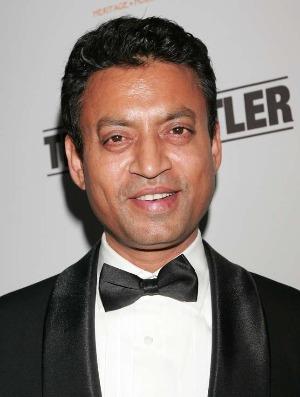 Irrfan Khan is an Indian film actor primarily known in Bollywood. He has appeared in several Hindi movies like The Warrior, Maqbool, Haasil, Paan Singh Tomar and Rog to name a few. He has featured in few British films like A Mighty Heart, The Namesake, Slumdog Millionaire and many more. He has garnered the National Film Award 2012, for his performance in Paan Singh Tomar.Â He was born on 7 January 1967 in Jaipur, Rajasthan, India.Â After completing his graduation he earned scholarship in 1984 to study at National School of Drama (NSD) in New Delhi. After completing his graduation at NSD he moved to Mumbai and appeared in some television serials. Khan was responsible for conducting acting-workshops for children who were working in Mira Nairâ??s Salaam Bombay and thus got a small cameo appearance in this film in 1988. Irrfan appeared in some unnoticed films during 90s and then things changed when he got a lead role in London based director Asif Kapadiaâ??s The Warrior. This film opened in many international film festivals and Irrfan became a well known face. In 2003, he acted in the critically acclaimed film Maqbool, the screen adaptation of Shakespeareâ??s Macbeth. His negative role in Haasil (2004) earned him a Filmfare Best Villain Award. Irrfan played his first main lead role in 2005 film Rog. After appearing in some films like Life In A Metro, Aaja Nachle and Krazzy 4, Irrfan was seen in Danny Boyleâ??s Oscar Award winning film, Slumdog Millionaire in 2008.