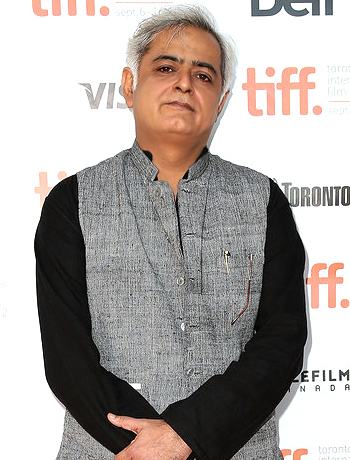 Hansal Mehta is an Indian film director, writer, actor and producer. Mehta started his career in television with his show Khana Khazana (1993-2000) and later moved onto movies like Jayate (1999) and Dil Pe Mat Le Yaar (2000). He is best known for Shahid for which he won the 2014 National Film Award for Best Direction. He then went on to direct City Lights (2014) and Aligarh (2016). He was born on April 29, 1968 in Mumbai, Maharashtra, India. Mehta started his career in 1993, by directing with TV cookery show Khana Khazana, hosted by Sanjeev Kapoor on Zee TV, where he worked till 2000. Alongside, Mehta also directed several television series like Amrita (1994), Highway (1995), Yaadein (1995), Lakshya (1998) and many more.

He made his debut as a feature film director with Jayate in 1999, a part of the Indian Panorama 1999-2000 at the International Film Festival of India (IFFI), Hyderabad. This was later followed by Dil Pe Mat Le Yaar!! (2000) based on the issue of migrants in Mumbai. This film, though not a huge box-office success has achieved a cult status for its dark humor and also its twisted exploration of characters and betrayal. Later that year he came up with Chhal (2002) a slick gangster film that met with more praise than his previous films. By his own admission the films post-Chhal were disappointing and his career entered a phase where he flirted with themes that were more mainstream. He made his presence felt with his short film in Dus Kahaniyaan, (2007) starring some of the top actors of Bollywood. In 2008 after the release of Woodstock Villa he went on an extended sabbatical to explore life as a foodie, entrepreneur and to explore themes that mattered to him.