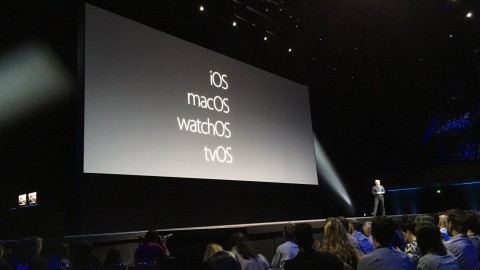 Apple has revealed plans for upcoming years with enormous features and updating facilities to relish the users at WWDC (World Wide Developer Conference), 2016. The announcement of Apple most prominently focus on updated software, that include:

The biggest announcement at the keynote was iOS 10 with its updating features. The first public beta of new version will be released in July, and the general release can be expected this fall. Apple has brought 10 enormous features like,

Siri voice-based virtual assistant platform to third-party developers enable users to utilize voice commands to interact with non-native apps and services. It was also improved to bring up contact information, and more. The photos app improved to recognize directly on the mobile device, keeping Apple's claim of greater privacy than if the computation was shunted to the cloud. Apple maps designed in such a way that place suggestions, route searching, an improved UI and traffic information. The new features allow user to book a cab with Uber.

The Apple Music app was the tremendous update amongst all. The redesigned interface brings tabs to the bottom, namely, Library, For You, Browse, Radio, and Search. It also gets a new Lyrics pane. Apple News provides new lock screen notifications for breaking news. The updated features of Homekit controls all the HomeKit devices from a single place. In addition to, voicemail transcription, phone spam detection in Chinese, and more. The messaging app helps users to use integration like payments, stickers, etc.

The company unveiled that OS X was rebranded to macOS and the developed version called macOS Sierra. It has a features of ability to unlock your Mac with your Apple Watch, the addition of a Universal Clipboard that works across devices, the ability to sync desktops across Mac machines, new file syncing options to save space, the addition of Apple Pay and finally, the biggest addition - Siri for Mac. The voice - based virtual addition helps to search file and to control Apple Music and Apple Pay by voice.

In watchOS, enormous features are incorporated in this app that include

There are several other new watch faces that can be change by swipe (i.e) Handwriting to text, activity to numerals, etc.

The new SOS feature comprises of calling the assigned emergency service number by press and hold the side button. Also, it helps for wheelchair users, which you can read about in our detailed coverage. Eventually, it established the new version of third generation Apple TV, over 6,000 apps on the platform and 1,300 video channels. New features  will include the addition of Sling, Fox Sports Go, Molotov, NBA 2K, and more.