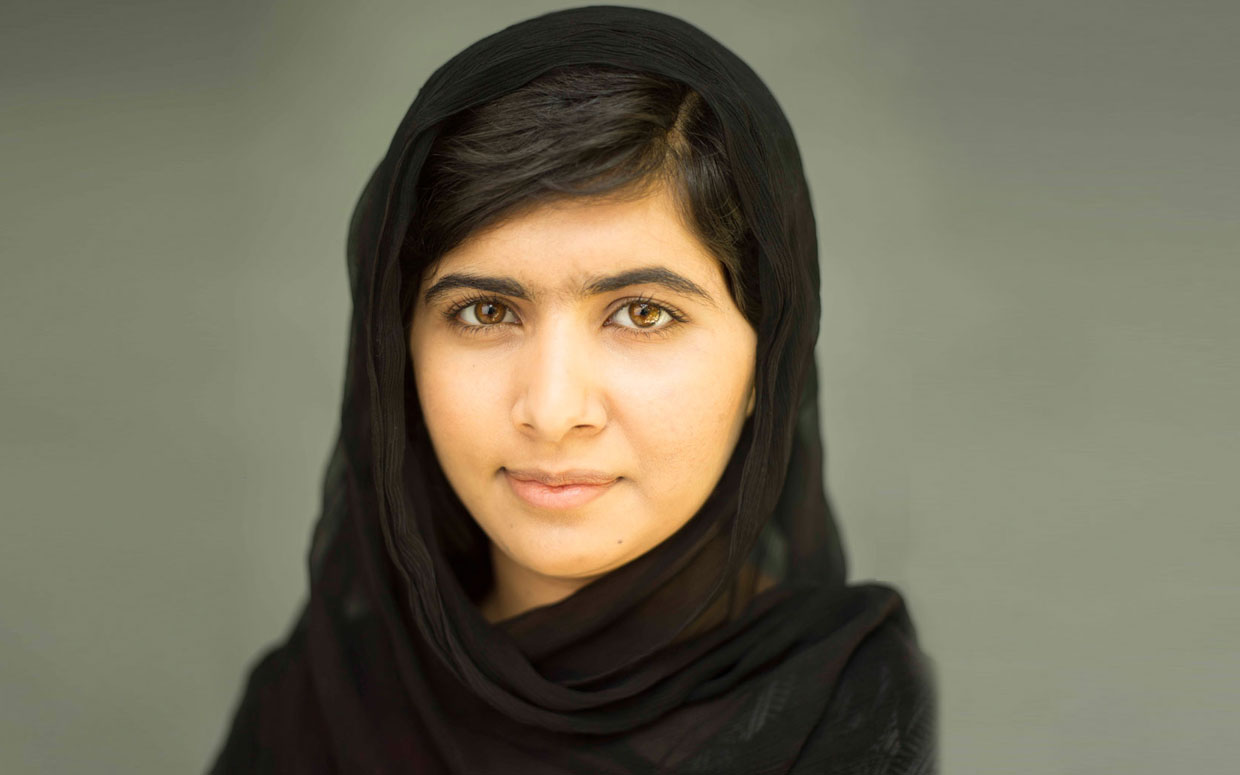 The World Malala Day is observed on July 12th of every year to create awareness about education for every one especially for girls.

Malala was born on 12 July 1997 in Mingora, a town in the Swat District of north-west Pakistan. Her father,Ziauddin Yousafzai named her after Malalai, a Pashtun heroine.

Ziauddin, who has always loved learning, ran a school in Swat adjacent to the family's home. He was known as an advocate for education in Pakistan, which has the second highest number of out of school children in the world, and became an outspoken opponent of Taliban efforts to restrict education and stop girls from going to school.

Malala and her father received death threats but continued to speak out for the right to education. Around this time, Malala was featured in a documentary made for The New York Times and was revealed as the author of the BBC blog.

In 2011, she received Pakistan's first National Youth Peace Prize and was nominated by Archbishop Desmond Tutu for the International Children's Peace Prize. In response to her rising popularity and national recognition, Taliban leaders voted to kill her.

On 9 October 2012, as Malala and her friends were travelling home from school, a masked gunman entered their school bus and asked for Malala by name. She was shot with a single bullet which went through her head, neck and shoulder. Two of her friends were also injured in the attack.

Malala survived the initial attack, but was in a critical condition. She was moved to Birmingham in the United Kingdom for treatment at a hospital that specialises in military injuries. She was not discharged until January, 2013 by which time she had been joined by her family in the UK.

The Taliban's attempt to kill Malala received worldwide condemnation and led to protests across Pakistan. In the weeks after the attack, over 2 million people signed a right to education petition, and the National Assembly swiftly ratified Pakistan's first Right To Free and Compulsory Education Bill.

Malala became a global advocate for the millions of girls being denied a formal education because of social, economic, legal and political factors. In 2013, Malala and Ziauddin co-founded the Malala Fund for education

Malala accepted the Nobel Peace Prize on 10 December, 2014 with Indian children's rights and education advocate Kailash Satyarthi. Malala contributed her $1.1 million prize money to financing the creation of a secondary school for girls in Pakistan.

Now she is one of the powerful activist of global education initiative. Let us gift the wisdom of knowledge to our younger generation with education.
share