The PEC University of Technology

The PEC University of Technology, Chandigarh was orginally established as Mugalpura Engineering College at Lahore (now in Pakistan) on November 9, 1921. The name of the college was later changed to Maclagan Engineering College and its started functioning under the name on March 19, 1924. In the year 1931, the college got affiliated to Punjab University, Lahore. After partition in 1947, the college was shifted to Roorkee (India) and was renamed as East Punjab College of Engineering. In the year 1950 the word East was dropped and it came to know by its present name – Punjab Engineering College. Towards the end of December 1953, the college shifted to its present campus in Chandigarh to function under Govt. of Punjab. In 1966, with the formation of Union Territory of Chandigarh, the college same under control of Govt. of India through Chandigarh Administration. In October 2003, the Govt. of India notified the Punjab Engineering College as a Deemed to be University and thereafter it became known as Punjab Engineering College ( Deemed University). In 2009, the Board of Governors renamed the institution as PEC University of Technology. In 1994 this institution was adjudged the best technical college in India by the National Foundation of Engineers. It occupies an area of 146 acres.Up to 1962, the college comprised of engineering departments of Civil, Electrical and Mechanical Engineering. Thereafter the college expanded & five newdepartments in the fields of Aeronautical Engineering, Electronics & Electrical Communication Engineering, Metallurgical Engineering, Production Engineering and Computer Science Engineering were added gradually. Recently a new department of Information & Technology has been added. In the year 1957, Highway Engineering was added as the first post-graduate course in the college. Gradually other post-graduate courses were subsequently added. Presently there are eleven post-graduate courses leading to Masters of Engineering degree in Highways, Structures, Hydraulics and Irrigation, Rotodynamic Machines, Electrical Power Systems, Environmental Engineering (Interdisciplinary), Electronics Metallurgical Engineering and C.I.M. Facilities for post-graduate studies exist for regular as well as for part time students .The college has facilities for research work leading to the award of Ph.D. degree in engineering in certain selected fields of different disciplines. The college also offers consultancy services in different disciplines.

To became a center of excellence in technical education and research,and to occupy a place amongst the most eminent institutions of the nation 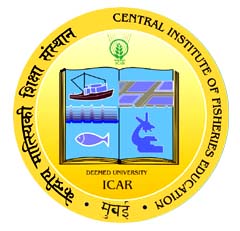