Established On
2012
Slogan
The Centres of Excellence for Tomorrow's Talent'

The roots of intellectual, cultural and spiritual development of this region go back centuries from the time of Mahapurusha Srimanta Sankardeva (1449 – 1568) who, as the revered father of the Assamese culture, laid the foundation of the first of the 65 satras (neo- Vaishnavite monasteries) at Majuli – the largest riverine island in Asia, adjacent to Jorhat. These satras evolved into 'Centres of Excellence' in pursuit of scholarly, artistic and theological brilliance. They propagated a remarkably enlightened and inclusive view of life, rejecting the entrenched, discriminatory Varna system. This gradually shaped the cultural landscape of the whole of Assam. The relocation of the Ahom kingdom under King Swargadeu Gaurinath to orhat in 1794 marked a turning point in the literary and cultural history of the city. In less than a century after this, the British set up tea gardens in the area and made Jorhat the nerve centre of their business, which led to technological and commercial development of the region. In 1928, the town was technologically advanced enough to provide the first air strip in the North-east; thereby, catalysing the development of a knowledge-based culture in and around Jorhat. The tradition of applied knowledge continues with secure, old roots and new forms, evolving to the needs of our time. The town has as many as eleven research Institutes including the world’s oldest and largest, Tocklai Tea Research Centre, The Rainforest Research Institute and Regional Sericulture Research Centre. In this prevailing environment where quest for knowledge and exploration of the frontiers of technology are historically embedded since decades, KAZIRANGA UNIVERSITY, the first such modern University in this region, is committed to carry forward the torch of applied knowledge and imagination that has illuminated the lives of aspiring men and women over many centuries in this 'Knowledge City of Assam'.

"A 21st Century Career University with a focus on research in emerging areas of Science, Technology and Management."

"We aim to change lives through knowledge and apply it for the benefit of humanity. The institution intends to distinguish itself as a diverse and socially responsible learning community, dedicated to holistic education and work towards the pursuit of excellence by developing quality individuals, citizens and professionals." 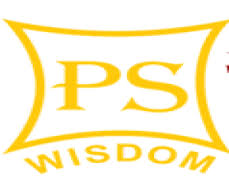 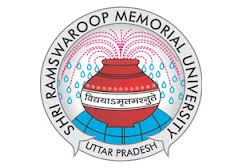