Discover all educational resources in Jorhat

Jorhat (Pron: ˈʤɔ:ˌhɑ:t) (Assamese: যোৰহাট ) is one of the major cities of Assam. Jorhat was the first town of the Greater Assam installing electricity supply in 1923. The first aeroplane on northeastern soil was landed in Jorhat in 1928. Jorhat Gymkhana Club is the oldest golf course in Asia and third oldest in the world. The first stadium of Assam was built in Jorhat. The world’s oldest and largest Tea Experimental Station is located at Jorhat. The first non-government college of Assam J B College was established in Jorhat. The city has many research institutes,including the world’s oldest and largest Tea Experimental Station, North East Institute of Science & Technology, Rain & Forest Research Institute, Central Muga Eri Research Institute and universities like Assam Agricultural University & Kaziranga University. Now Jorhat is a rapidly developing city and one of the major business & commercial hubs of Northeast-India.Its population has now increased to more than 0.1 million. The recent urban development of Jorhat has seen the rise of several high cost apartments and flats with people flocking in from all parts of the state making it truly a cosmopolitan City.

It was the last capital of the Ahom Kingdom and home to many historical monuments of Assamese culture. In the north of the district, the Brahmaputra River forms the second largest riverine island of the world, Majuli, which spreads over 924.6 square kilometres with a population of about 150,000. The island, threatened with constant erosion by the mighty and unstable Brahmaputra River, had been the principal place of pilgrimage of Vaishnavites since the age of the Ahom rulers. Several Sattras (monasteries) resembling those of medieval times are headed by Satradhikars teaching Vaishnavism, which was introduced by Srimanta Sankardeva (1449–1568). Each Sattra has an unknown wealth of Vaishnavite scriptures and extensive revenue-free lands cultivated by the Bhakats (celebated monks) of the Sattras. The cultural diversities which prevailed in Jorhat nearly a century ago has inspired the people to participate in cultural activities through the decades and as a result Jorhat has been able to produce many creative writers, musician, actors, historians and journalists, terming Jorhat "The Cultural Capital of Assam".

The city today has evolved to be one of the major commercial and business hubs of the state with growing numbers of shopping malls, restaurants, hotels, residential apartments and educational institutions. The city also serves as the base for tourism to famous places such as the Kaziranga National Park and the World's largest river island Majuli. Centrally located within the state, the city depicts a vibrant Assamese township and culture, making it one of the most preferred places for local people to conglomerate. 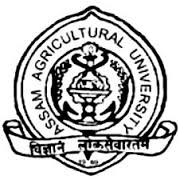 View More
Other Names for Jorhat