The University of the New Millennium will occupy a key role in the production of wealth of all kinds – social, cultural and economic. It will be the pivotal institution in both the learning society and the knowledge economy.The University faces new challenges – from rival knowledge institutions that do not subscribe to its liberal traditions and its commitment to critical learning, and from those who resist too close an engagement with society and the economy.It also has new opportunities:to develop the radical ideas and expert knowledge on which future society will depend while continuing to celebrate a liberal academic cultureto establish a democratic entitlement to lifelong participation in higher education while safeguarding high standards in teaching and researchThe University is both the promoter of innovation and the protector of tradition. In an increasingly uncertain and volatile world it is both:a dynamic change-agent creating new knowledge, moulding new skills and shaping new social identitiesan institution of stability, consolidation and discriminationThe University, as a public institution, is confronted by new accounts of the public good and, as an autonomous institution, must engage in exciting new markets for higher education. It is against this background that Rohilkhand University has developed its vision for the twenty-first century:Rohilkhand University is a comprehensive university – in its range of teaching and research programmes, in the diversity of its student population and in the variety of its engagements with society, culture and the economy.Rohilkhand University is a university that defines its mission in terms of future possibilities rather than past roles, and transcends the historical hierarchies.Rohilkhand University is a "knowledge" institution and a learning organisation. It recognises the key role knowledge will play in social and economic development in the new millennium while celebrating its traditional, and enduring, role in creating and sustaining human culture.

The mission of Rohilkhand University is to Promote participation in Higher Education, which it regards as a democratic entitlement.Strive for excellence in learning, teaching and research.Realize the creative potential and fire the imagination of all its members.Equip its students to make effective contributions to society and the economy. 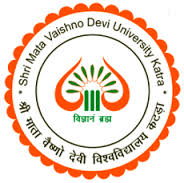 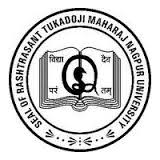