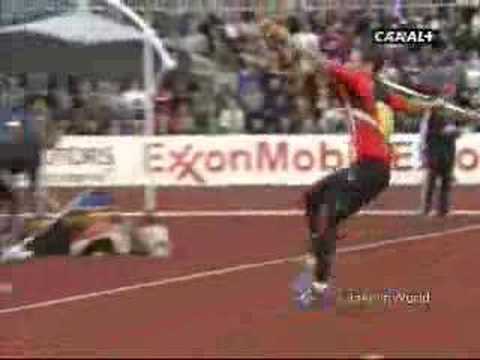 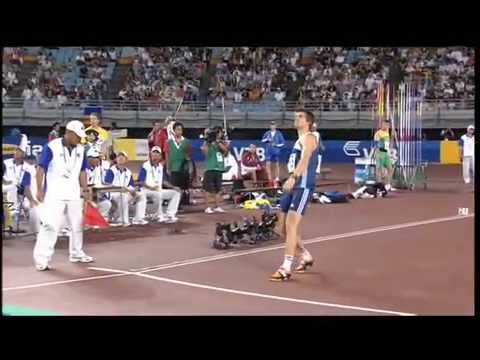 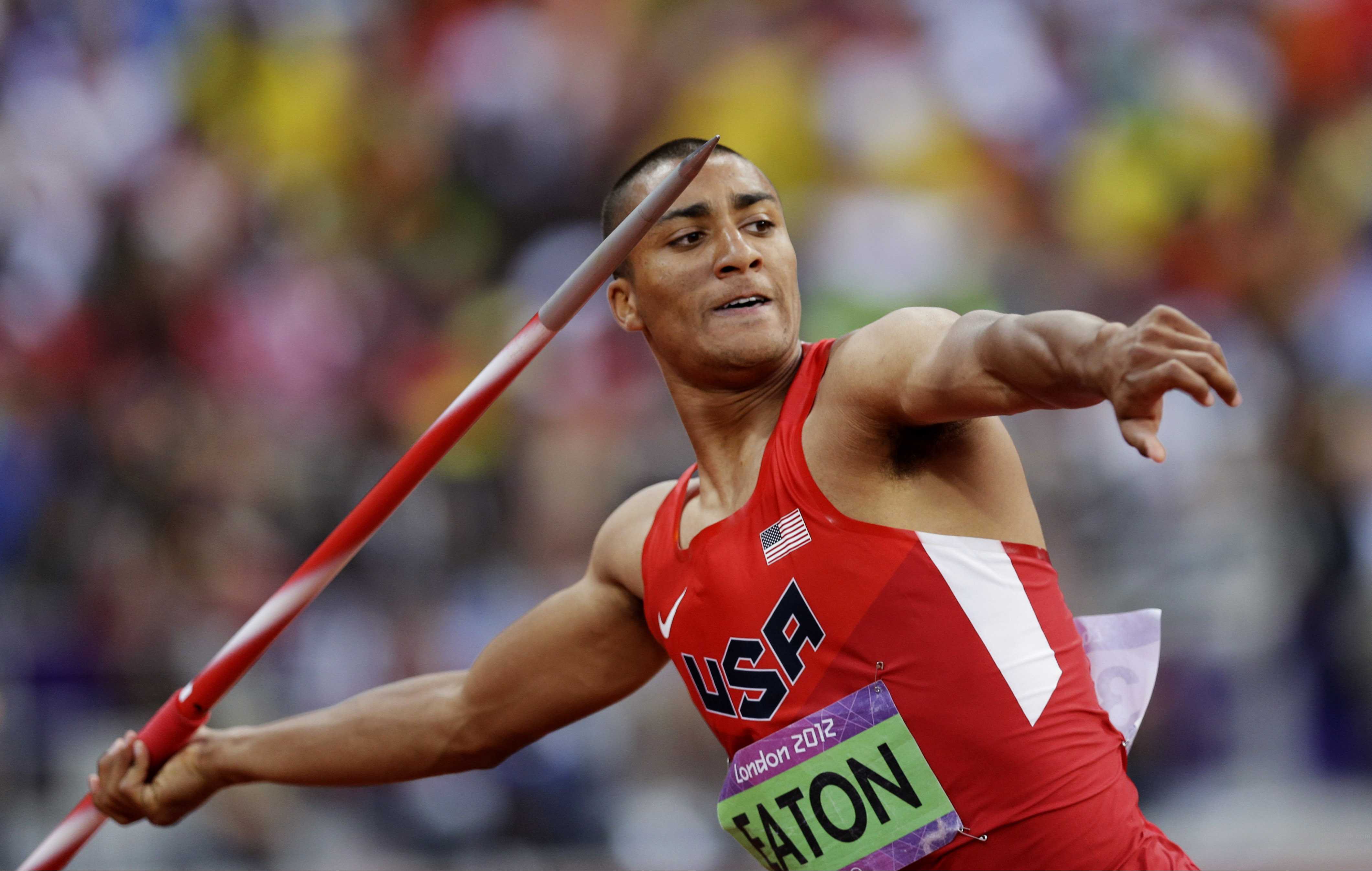 The javelin throw is a track and field event where the javelin, a spear about 2.5 m (8 ft 2 in) in length, is thrown. The javelin thrower gains momentum by running within a predetermined area. Javelin throwing is an event of both the men's decathlon and the women's heptathlon.

Unlike other throwing events, javelin allows the competitor to build speed over a considerable distance. In addition to the core and upper body strength necessary to deliver the implement, javelin throwers benefit from the agility and athleticism typically associated with running and jumping events. Thus, the athletes share more physical characteristics with sprinters than with others, although they still need the skill of heavier throwing athletes.

Traditional free-weight training is often used by javelin throwers. Metal-rod exercises and resistance band exercises can be used to train a similar action to the javelin throw to increase power and intensity. Without proper strength and flexibility, throwers can become extremely injury prone, especially in the shoulder and elbow. Core stability can help in the transference of physical power and force from the ground through the body to the javelin. Stretching and sprint training are used to enhance the speed of the athlete at the point of release, and subsequently, the speed of the javelin. At release, a javelin can reach speeds approaching 113 km/h (70 mph).

Due to the fear of liability, the javelin throw is not an event in NFHS high school competition in 36 states, though USATF youth competitions for the same aged athletes do hold javelin competitions.At various points in time, high schools have attempted to create substitute events, including the softball throw, football throw and the grenade throw,throwing different objects under rules similar to javelin throw rules.

Javelin throwers have been selected as a main motif in numerous collectors' coins. One of the recent samples is the €5 Finnish 10th IAAF World Championships in Athletics commemorative coin, minted in 2005 to commemorate the 2005 World Championships in Athletics. On the obverse of the coin, a javelin thrower is depicted. On the reverse, legs of hurdle runners with the Helsinki Olympic Stadium tower in the background can be seen.

The runway must be at least 33 yards and as much as 37 yards long. Two white parallel lines, slightly wider than 4 feet apart, mark the runway. At the end of the runway is an arch-shaped foul line with a radius of about 9 feet. The arc, which is made of wood or some other type of durable material, must be flush with the ground and painted white. The thrower can't touch any of these lines, leave the runway, or the area outside of these lines, before the javelin lands.

Proper technique requires the athlete to hold the javelin with only one hand on the cord grip. Gloves aren't allowed, and tape on the fingers is permitted only if its to cover an open wound. The rules do, however, allow athletes to chalk their hands. The javelin must be thrown with an over-the-shoulder motion. The competitor can't turn his back to the throwing area until the javelin is airborne.

For competitions with more than eight throwers, each thrower gets three trials. When there are fewer throwers, they each get six throws. After the first three throws, the top eight competitors get three more throws each. The thrower with the single best distance wins. If there is a tie, the second best throw by each of the two throwers determines the winner.

After each throw, a referee places a white flag for a fair throw or a red flag for a foul. Several types of fouls exist. If a thrower's foot touches or crosses the throw line, he receives a foul. The thrower's foot cannot go outside the lines of the runway. Throwers cannot turn their backs to the field from the time they get into throwing position until the time of the javelin's release. The javelin has to be released using one hand only and it must be thrown up and over the arm in a fluid movement. Throwers cannot leave the runway until after the javelin lands.

Detailed javelin Rules Can Be Downloaded From Documents

The javelin consists of three main parts: a metal head, a solid or hollow shaft and a cord grip.

The runway is between 30-36.5 meters long. Throwers may place as many as two markers in the runway. The javelin is held at the grip and thrown over the shoulder or the upper part of the throwing arm. Spinning is illegal.

To constitute a legal throw, the javelin’s metal tip must break the ground.

The javelin has a strong historic record, going back around 3000 years, to the times of the Mycenaean’s and the Romans. The Javelin was originally designed as an offensive weapon and used in favour of the spear as it was lighter and could be thrown rather than thrust, allowing long distance attacks against an enemy.

708 BC-The javelin was part of the pentathlon of the Ancient Olympic Games beginning in 708 BC, in two disciplines, distance and target throw. The javelin was thrown with the aid of a thong, called ankyle wound around the middle of the shaft. Athletes would hold the javelin by the thong and when the javelin was released this thong unwound giving the javelin a spiraled flight.

1840-In 1840, the first recorded “meet” date for a pentathlon-type event occurred in Shropshire, England, according to Olympic.org.

1870-Throwing javelin-like poles into targets was revived in Germany and Sweden in the early 1870s.

1880-In Sweden, these poles developed into the modern javelin, and throwing them for distance became a common event there and in Finland in the 1880s.

1896-In 1896 (the year of the first Olympic Games) Harald Andersson won the javelin event at the inaugural Swedish championships with a throw of 61 .61m/202ft 1+ins. This was in the 'both hands' type of competition popular at that time.

19th Century:During medieval times jousting replaced javelin throwing as the appropriate, popular sporting practice of deeds of war. Even in the swell of European 19th Century philanthropy in which the Modern Olympic Epoch was conceived,except in Scandinavia, the javelin event initially 'lost out'. It was excluded from the first three of the Modern Olympic Games.

1906-The sport of javelin throwing was first introduced to the Olympics in 1906 as a freestyle event with very few rules and regulations over design.

1912-The 1912 Olympics saw the formation of the IAAF, setting strict rules and regulations on the design of the javelin and with it, the first world record.

1930-Of the 69 Olympic medals that have been awarded in the men's javelin, 32 have gone to competitors from Norway, Sweden or Finland. Finland is the only nation to have ever swept the medals at a currently recognized official Olympics, and has done so twice, in 1920 and 1932.

1986-In an effort to solve these problems the IAAF redesigned the men’s javelin, with effect from the 1st April 1986.

1990-In 1986 the men's javelin was redesigned; its centre of gravity was moved forward by four centimetres. This shortened throwing distances by approximately 10 per cent by bringing its nose down earlier and more steeply. This was done because the men, following a world record of 104.80m by East Germany's Uwe Hohn in 1984, were in danger of throwing the javelin beyond the space available in normal stadiums. In 1999, the women's javelin was similarly redesigned.

1912-The first official world record in the men's javelin throw was recognised by the International Association of Athletics Federations in 1912.

1984-The first official world record in the men's javelin throw was recognised by the International Association of Athletics Federations in 1912.Over time, distances thrown progressed significantly, and the 100 m mark was passed by Uwe Hohn in 1984.

A javelin is a heavy spear designed primarily to be thrown, historically as a ranged weapon, but today predominantly for sport. The javelin is almost always thrown by hand, unlike the bow and arrow and slingshot, which shoot projectiles from a mechanism.

The word javelin comes from Middle English and it derives from Old French javelin, a diminutive of javelot, which meant spear. The word javelot probably originated from one of the Celtic languages.

The javelin throw is a track and field event where the javelin, a spear about 2.5 m (8 ft 2 in) in length, is thrown. The javelin thrower gains momentum by running within a predetermined area. Javelin throwing is an event of both the men's decathlon and the women's heptathlon.

The first throwers were primitive hunters seeking food. The first known competitive use of a javelin occurred in the ancient Greek Olympics, where the javelin throw was a part of the five-event pentathlon.

The modern javelin weighs 800 grams. It could originally be made of wood or metal, but current javelins must be made of metal. The javelin is the only throwing event not to take place in a ring. The athlete is allowed a straight run before releasing his or her implement and has six throws in competition.

In 1840, the first recorded “meet” date for a pentathlon-type event occurred in Shropshire, England, according to Olympic.org. During the 1880s, events that included javelin throwing, running, jumping and walking were held throughout Europe, the U.S. and other Western countries.

The first javelin throwing competition at the Olympic Games was held in Athens in 1906. The women held their first Olympic javelin competition in Los Angeles in 1932.

The process to found the IAAF was started at a meeting in Stockholm, Sweden on July 17 1912 soon after the completion of the 1912 Summer Olympics in that city. Here 27 representatives from 17 national federations agreed to meet at a congress in Germany the following year overseen by Sigfrid Edström who was to become the fledgling organisation's first president. The congress that started on August 20 1913 in Berlin is when the foundation of the IAAF was formally completed.

The IOC sets minimum qualifying times for each running event. Those that achieve this minimum standard, and are selected by their National Olympic Committee, compete at the Olympic Games. Track events are decided by running heats, with the top two to four athletes qualifying for the next round all the way up to the final.

Athletics can be divided into four areas: track events ranging from 100m sprints to long distance races of 10,000m; field events such as long jump, discus and javelin; road events comprising the marathons and long distance walks; and the combined events of heptathlon for women and decathlon for men.

The IAAF has a total of 214 member federations divided into 6 area associations.

European Athlete of the Year Trophy:

The European Athlete of the Year Trophy is an annual prize awarded to sportspeople participating in athletics, including track and field, road running and cross country running competitions. The election has been organised by the European governing body for the sport of athletics, the European Athletic Association (EAA), since 1993.

The European Athletics Rising Star of the Year Award was inaugurated in 2007. The award, open to athletes under 23 years of age, was created as a way of acknowledging young competitors' achievements on their way to becoming senior athletes. 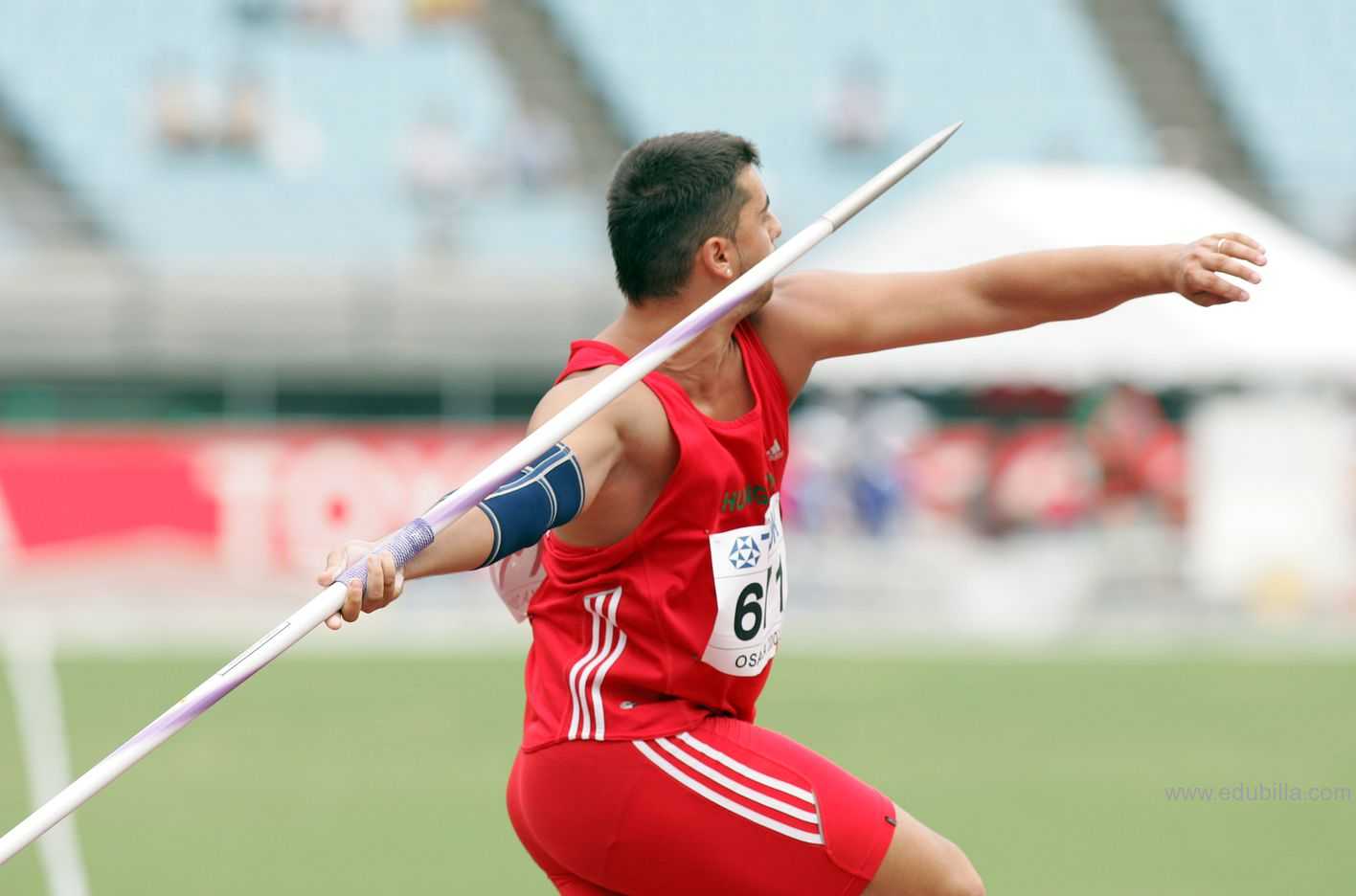 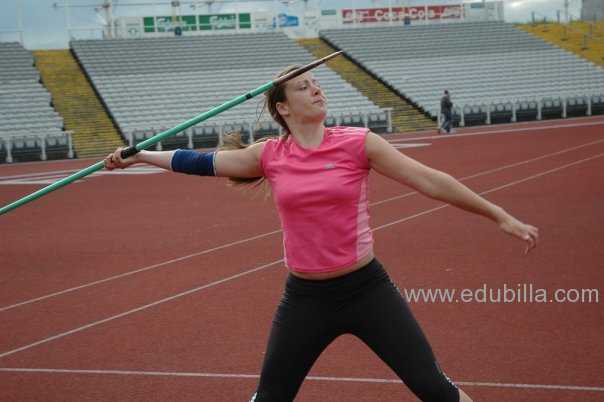 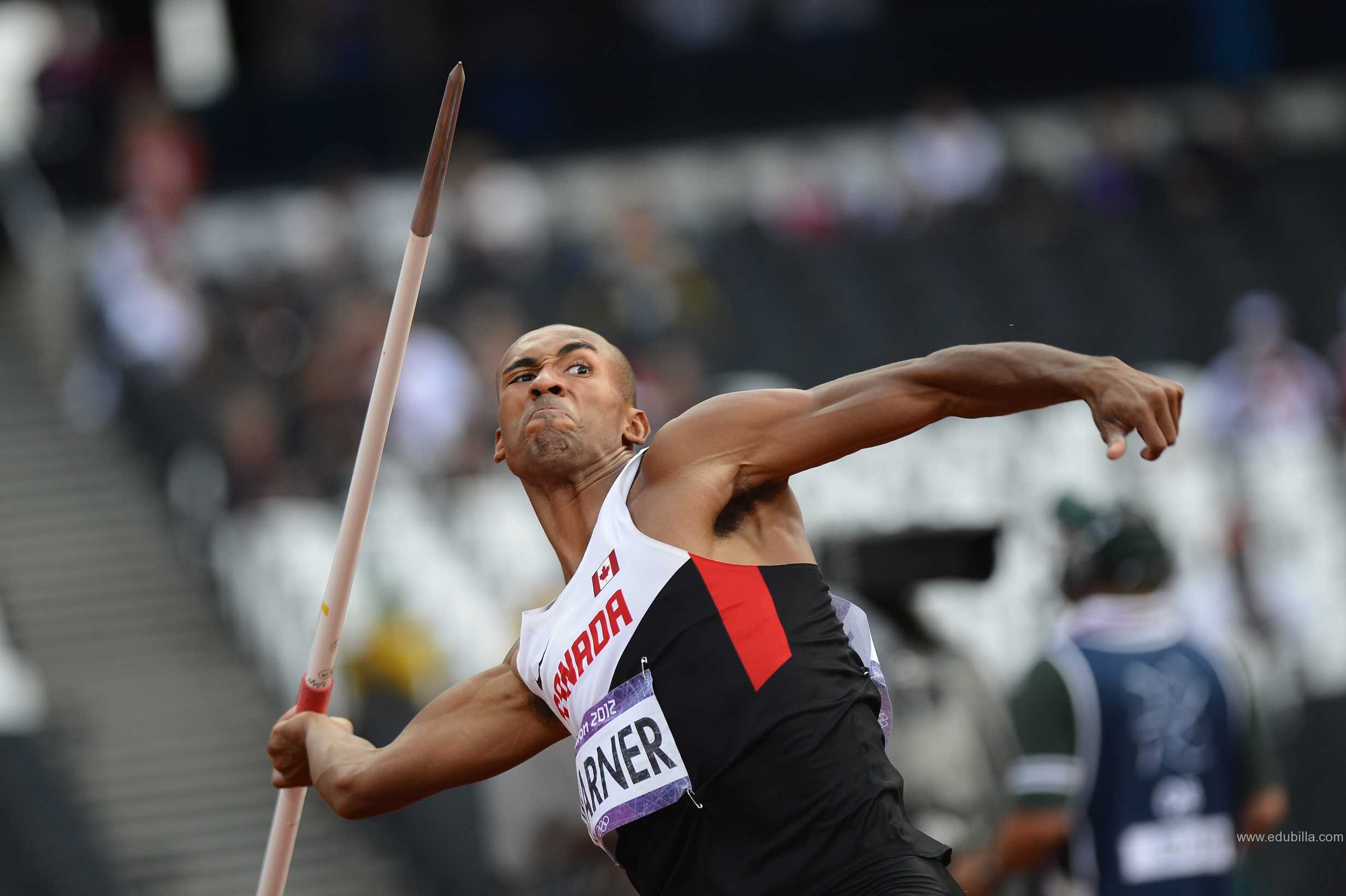 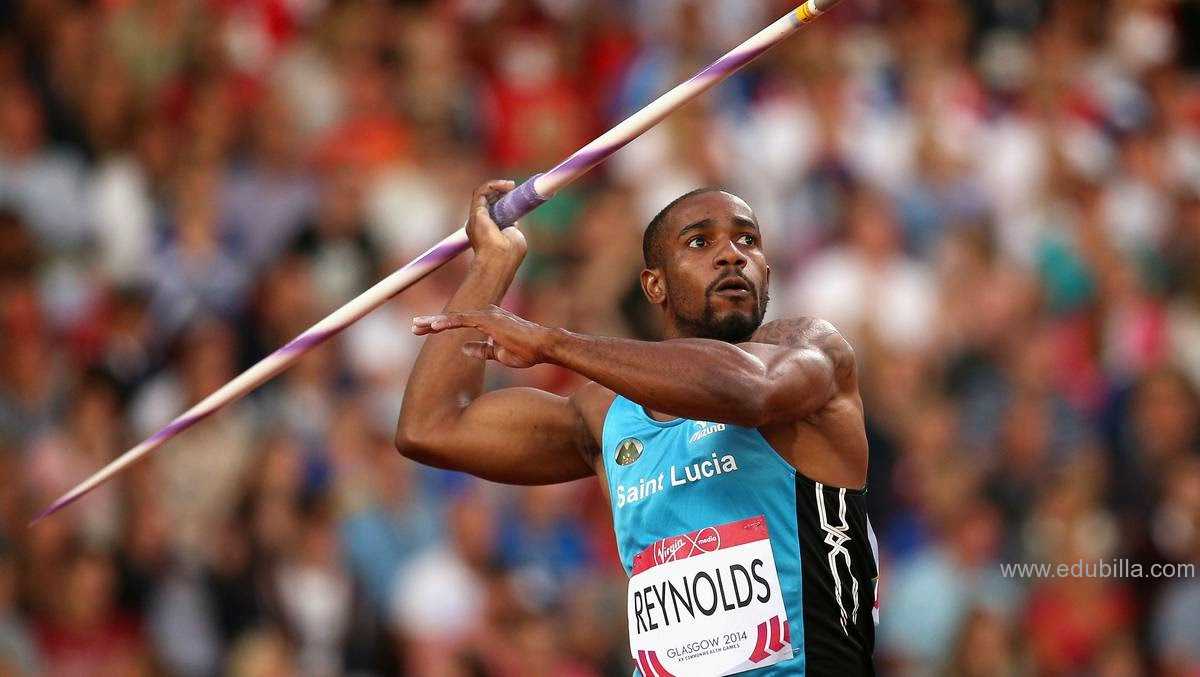 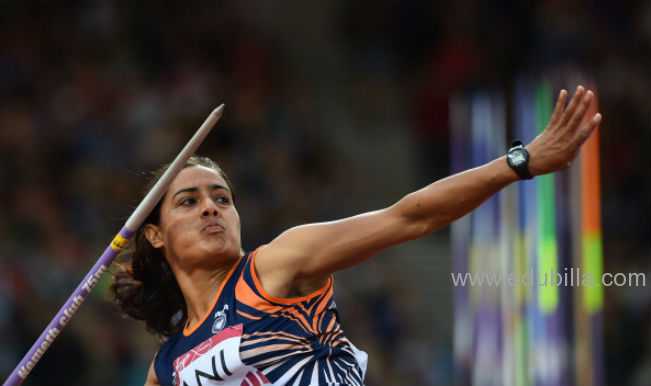 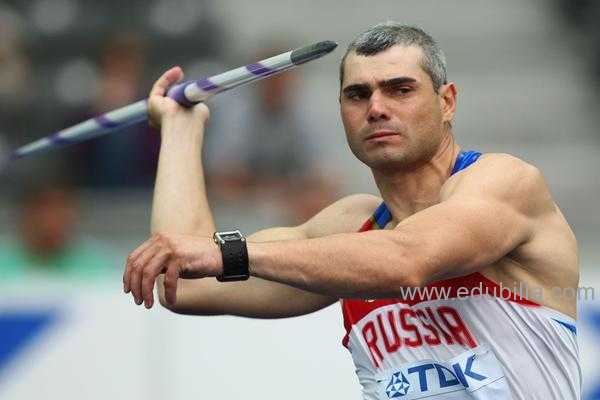 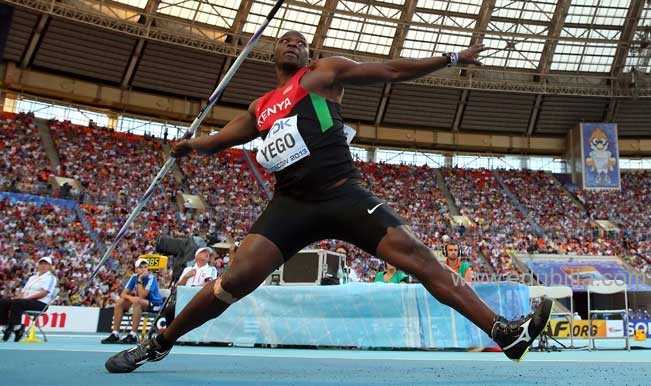 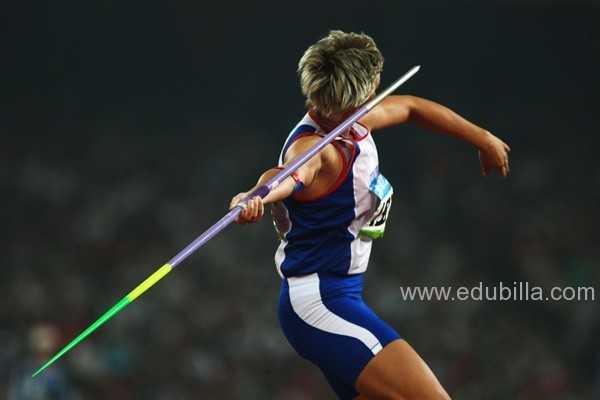 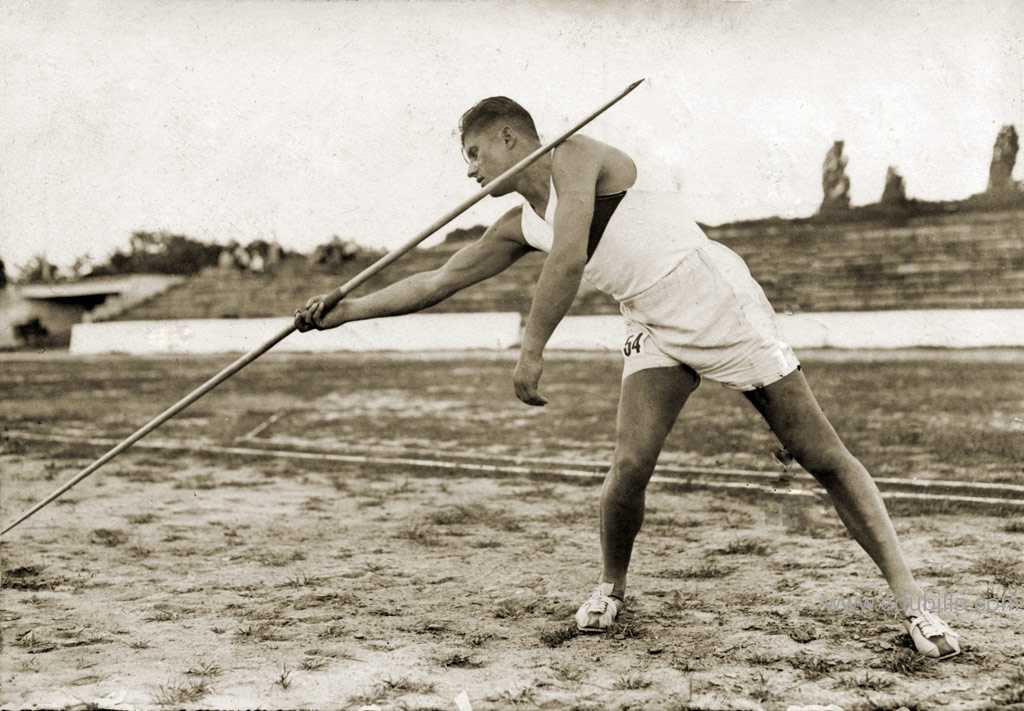 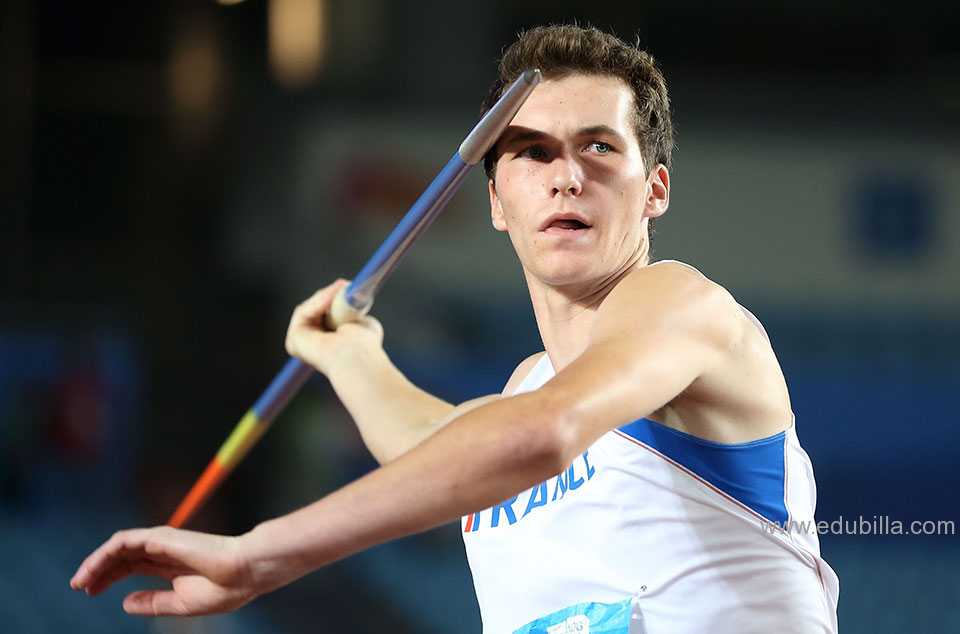 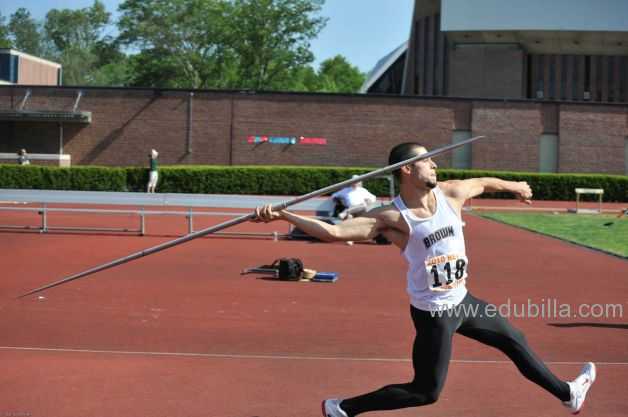 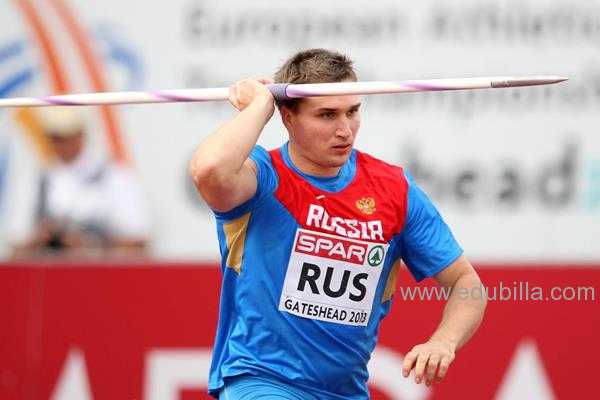 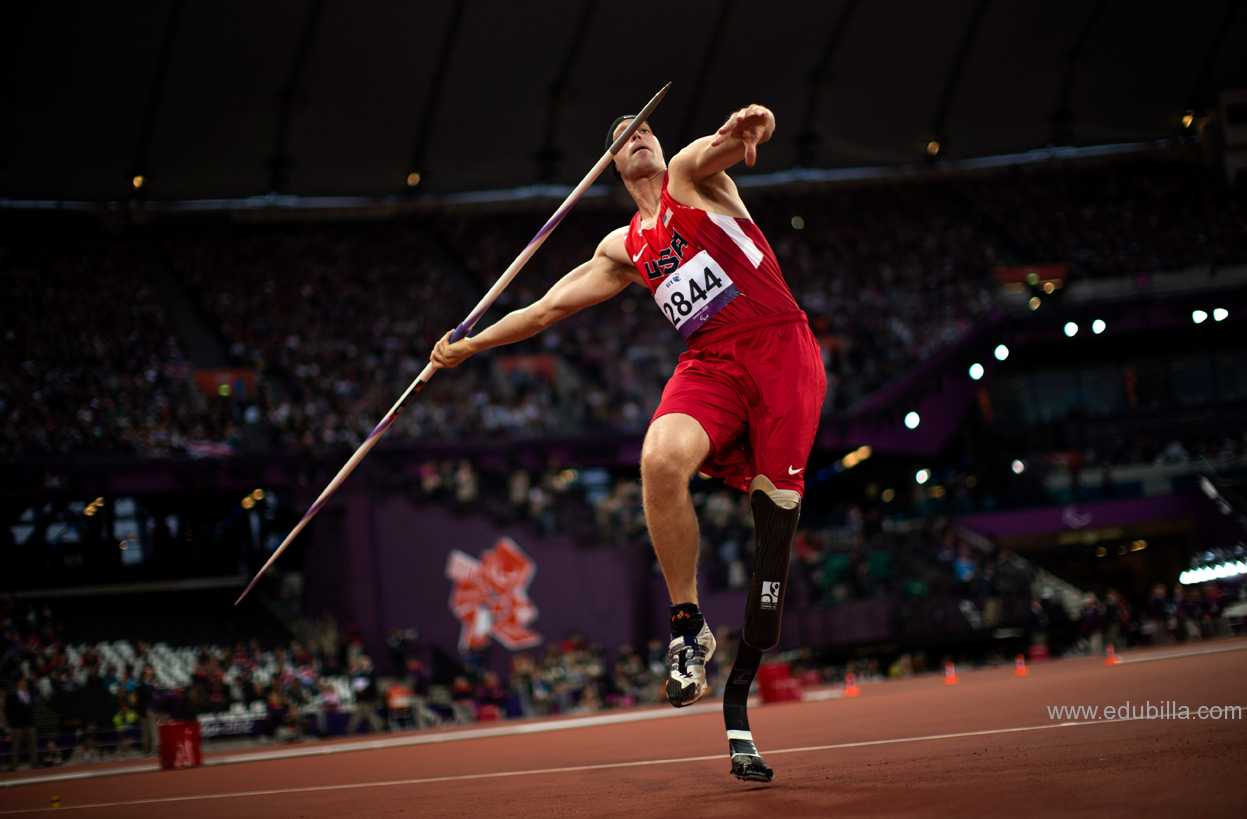 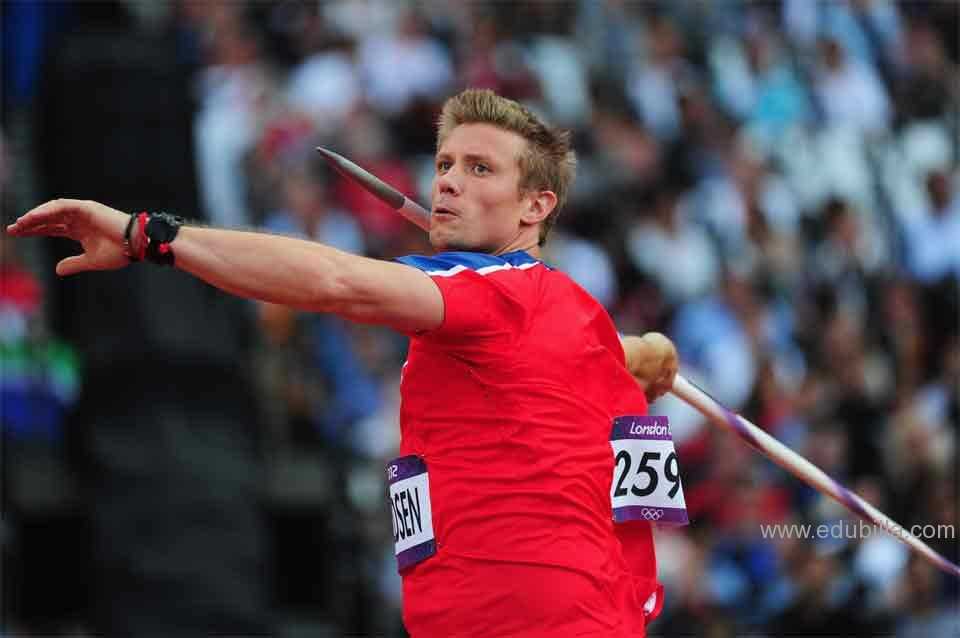 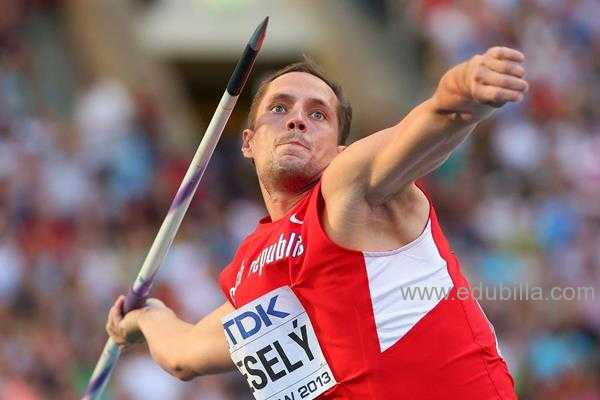 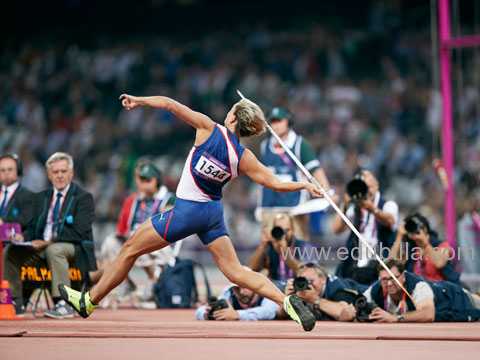 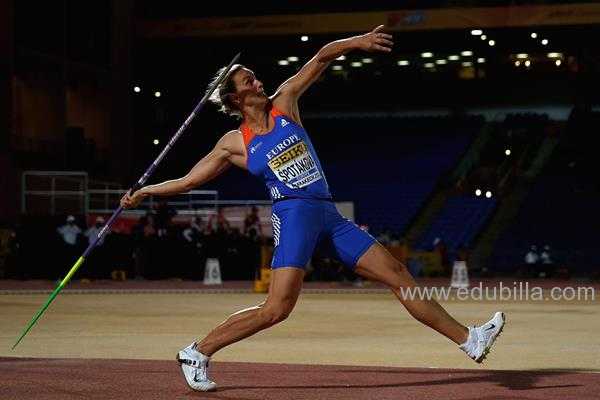 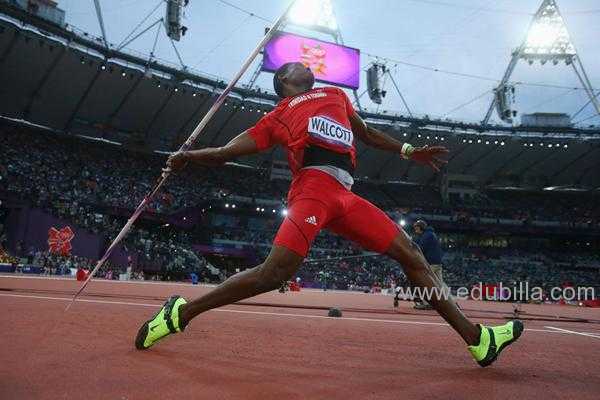 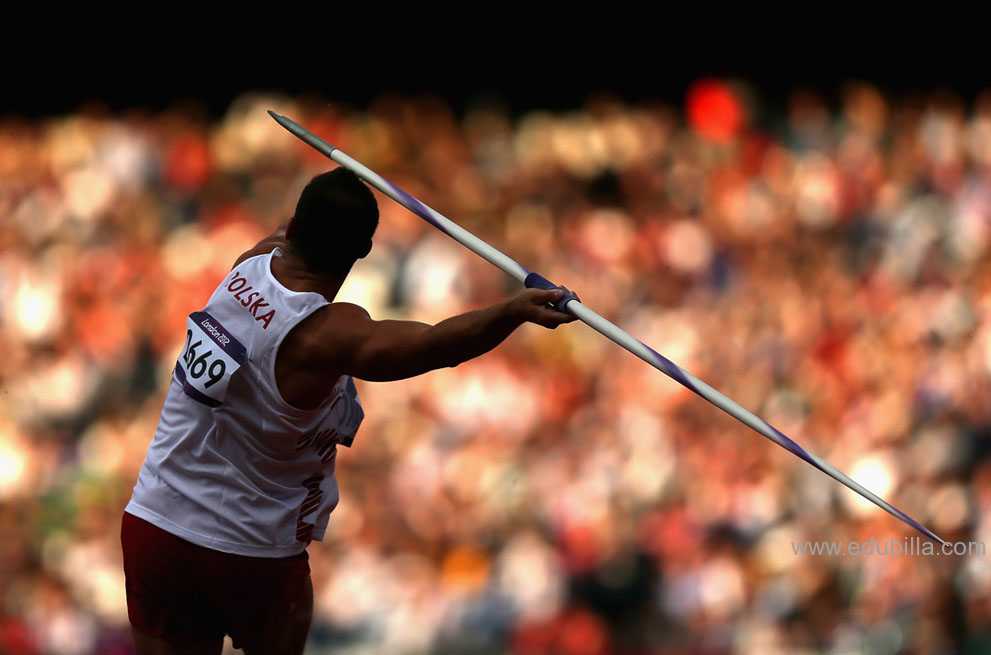 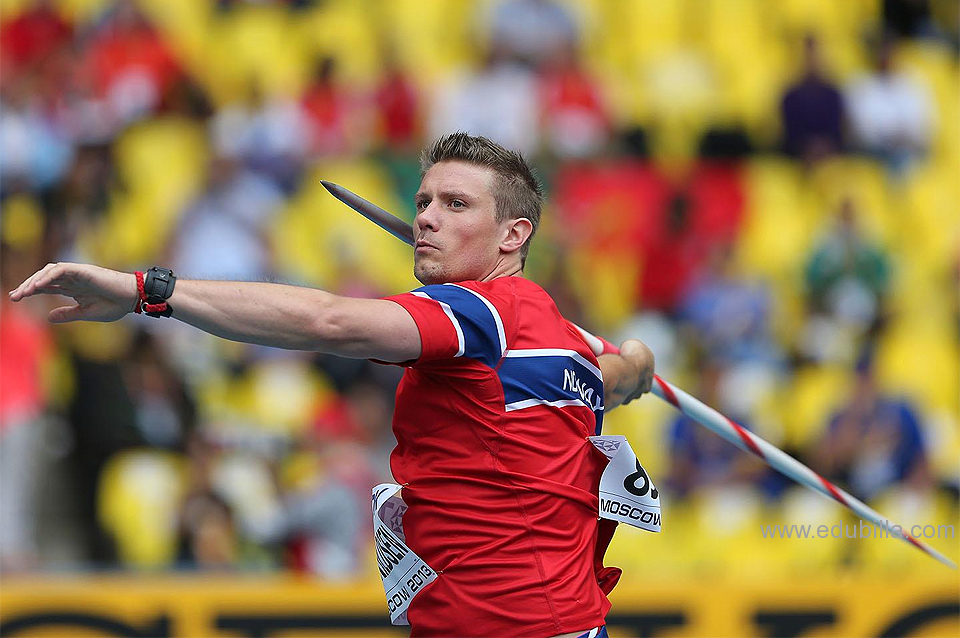 ‹ › ×
Greatest People's Quote
Just before a game, I try to keep a clear mind so that I can focus better. I'm the kind of person who plays fast and relies a lot on intuition, so being at peace with myself is vital. Saying my daily prayers helps me achieve this heightened state of mind.
-Viswanathan Anan