Discover all educational resources in Ratnagiri

Ratnāgiri (Marathi: रत्‍नागिरी) is a port city on the Arabian Sea coast in Ratnagiri District in the southwestern part of Maharashtra, India. The district is a part of Konkan division of Maharashtra

The Sahyadri mountains border Ratnagiri to the east. Heavy rainfall results in highly eroded landscape in the coastal region, but fertile alluvial valleys in the region produce abundant rice, coconuts, cashew nuts, and fruits, "Hāpus" (Alphonso) mangoes being one of the main fruits. Fishing is an important industry in Ratnagiri.

Chitpavan is a major branch originally from Ratnagiri district. Guhagar is their origin and Vyadeshwar is clan god of many of them.

A few illustrious Indians, including "Lokmānya Tilak" (or Bal Gangadhar Tilak), a prime leader in the nation's freedom movement in the British Raj days; Bharat Ratna "Maharshi" Dhondo Keshav Karve, a social reformer and educationist; and Wrangler Paranjpe i.e. Wrangler Raghunath Purushottam Paranjpe, a mathematician and educationist, were born in Ratnagiri or its vicinity.

Ratnagiri has also been featured in Amitav Ghosh's novel, The Glass Palace. The Jaitapur Nuclear Power Project is located in the district. 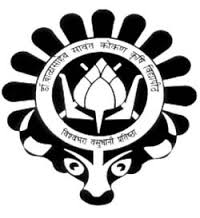 View More
Other Names for Ratnagiri