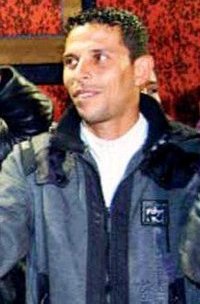 Tarek al-Tayeb Mohamed Bouazizi (29 March 1984 – 4 January 2011) was a Tunisian street vendor who set himself on fire on 17 December 2010, in protest of the confiscation of his wares and the harassment and humiliation that he reported was inflicted on him by a municipal official and her aides.His act became a catalyst for the Tunisian Revolution and the wider Arab Spring, inciting demonstrations and riots throughout Tunisia in protest of social and political issues in the country. The public's anger and violence intensified following Bouazizi's death, leading then-President Zine El Abidine Ben Ali to step down on 14 January 2011, after 23 years in power.In 2011, Bouazizi was posthumously awarded the Sakharov Prize jointly along with four others for his and their contributions to "historic changes in the Arab world".