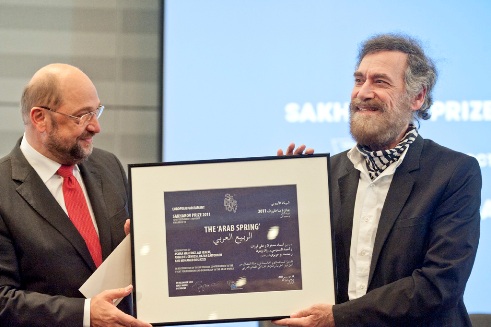 Ali Farzat (born 22 June 1951) is a renowned Syrian political cartoonist. He has published more than 15,000 caricatures between Syrian, Arab and international newspapers.He serves as the head of the Arab Cartoonists' Association. In 2011 he received Sakharov Prize for peace.Farzat was named one of the 100 most influential people in the world by Time magazine in 2012.In 2011, he was awarded the Sakharov Prize jointly along with four others for his and their contributions to "historic changes in the Arab world".