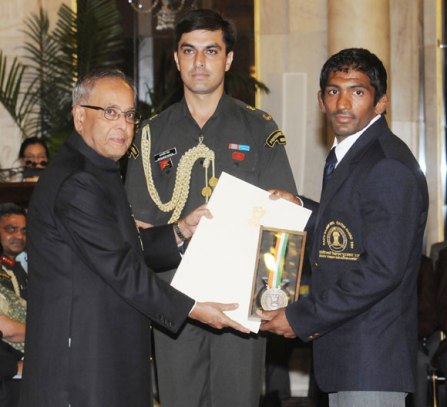 Yogeshwar Dutt (born 2 November 1982) is an Indian wrestler. He belongs to a Brahmin family in Haryana.He won the bronze medal at the 2012 Summer Olympics in the Men's 60kg Freestyle wrestling.He was awarded the Padma Shri by the Government of India in 2013.He won Gold Medal in 2014 Commonwealth Games at Glasgow.He received Rajiv Gandhi Khel Ratna Award in 2012 for Wrestling.