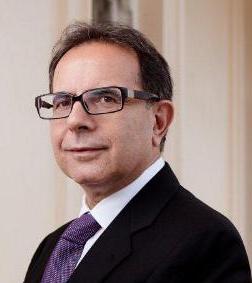 Avelino Corma Canós (born 1951) is a Spanish chemist distinguished for his world-leading work on heterogeneous catalysis.He received a Bachelor of Science in chemistry from the Universidad de Valencia (1967-1973) and a Ph.D. in chemistry frot the Universidad Complutense de Madrid in 1976. In 1979 he started working as a researcher at the Consejo Superior de Investigaciones Científicas, and in 1987 he was a full professor. He has been carrying out research in heterogeneous catalysis in academia and in collaboration with companies.In 2014 she received the Princess of Asturias Award for Technical and Scientific Research.