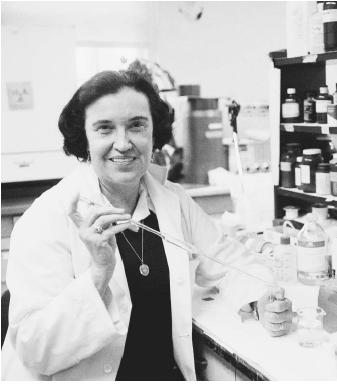 Rosalyn Sussman Yalow was an American medical physicist, and a co-winner of the 1977 Nobel Prize in Physiology or Medicine for development of the radioimmunoassay (RIA) technique. She was the second American woman to be awarded the Nobel Prize Physiology or Medicine after Gerty Cori. Yalow was born on July 19, 1921, in The Bronx, New York, to Simon Sussman and Clara Zipper Sussman. Fighting prejudice against women in the sciences, Yalow found opportunities to train as a biochemist. As a medical physicist, she researched the mechanism underlying type II diabetes and developed radioimmunoassay, also known as RIA, an in vitro assay technique. Additionally, many of her techniques are used to test hepatitis. Yalow was a co-winner of the 1977 Nobel Prize in Physiology or Medicine. She was also awarded the National Medal of Science in 1988. She died in 2011.