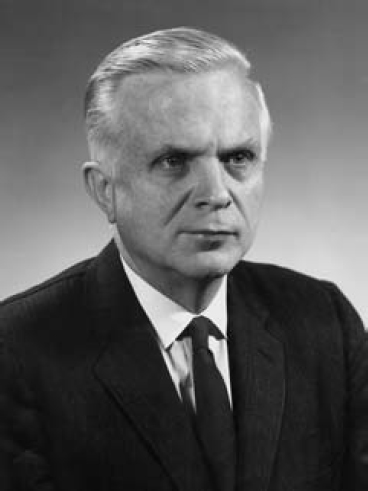 Richard Travis Whitcomb was an American aeronautical engineer who was noted for his significant contributions to the science of aerodynamics. He was born on February 21, 1921 in Evanston, Illinois. He graduated from Worcester Polytechnic Institute in 1943 with a BS in aeronautical engineering, and promptly gained employment at the Langley Research Center operated by the National Advisory Committee for Aeronautics (NACA) and its successor, NASA. Whitcomb received the National Medal of Science from President Richard Nixon in 1973, the U.S. Air Force Exceptional Service medal in 1955, the first National Advisory Committee for Aeronautics' (NASA's predecessor) Distinguished Service Medal in 1956, the NASA Exceptional Scientific Achievement Medal in 1959 and the National Aeronautics Association's Wright Brothers Memorial Trophy in 1974. He died on October 13, 2009 in Newport News, Virginia, United States.