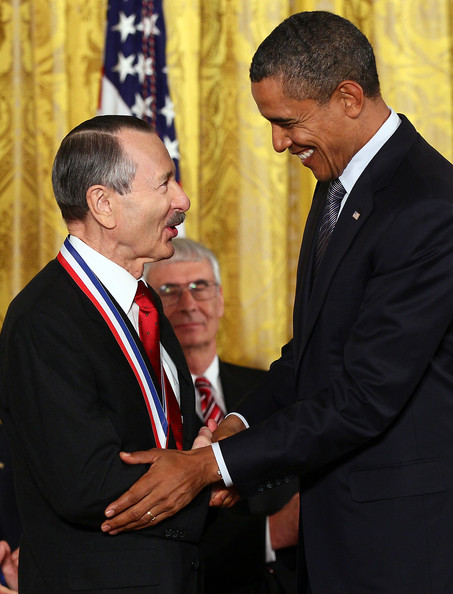 Ralph Lawrence Brinster is an American geneticist and Richard King Mellon Professor of Reproductive Physiology at the School of Veterinary Medicine, University of Pennsylvania. He was born on March 10, 1932 in Montclair, New Jersey. Dr. Ralph Brinster is a pioneer in the development of techniques for manipulating the cellular and genetic composition of early mouse embryos. Dr. Brinster grew up on a small farm in Cedar Grove, New Jersey, where some of his early experiences with animals included, as a teenager, running a small poultry business, which helped finance his studies in veterinary medicine. After completing his DVM and PhD studies at the University of Pennsylvania, he joined the faculty of the School of Veterinary Medicine there in 1960. He remains on faculty today as Richard King Mellon Professor of Reproductive Physiology in the School of Veterinary Medicine. He is a member of the National Academy and the Institute of Medicine and has received many awards and honours including the Wolf Prize, 2003 and the first March of Dimes Prize in Developmental Biology in 1996. He received the National Medal Of Science in 2010.