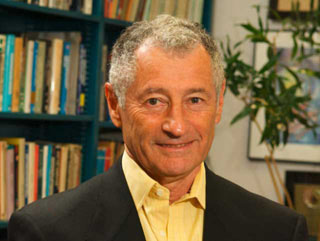 Leonard Kleinrock is an American engineer and computer scientist. A computer science professor at UCLA's Henry Samueli School of Engineering and Applied Science, he made several important contributions to the field of computer networking, in particular to the theoretical foundations of computer networking. He played an influential role in the development of the ARPANET, the precursor to the Internet, at UCLA. He was born on June 13, 1934 in Harlem, New York City, New York, United States. Dr. Kleinrock received his Ph.D. from MIT in 1963. He currently serves as a Distinguished Professor of Computer Science at UCLA. He has published over 250 papers and authored six books on a wide array of subjects including packet switching networks, packet radio networks, local area networks, broadband networks, nomadic computing, peer-to-peer networks, and intelligent software agents. Dr. Kleinrock is a member of the National Academy of Engineering, the American Academy of Arts and Sciences, an IEEE fellow, an ACM fellow, an INFORMS Fellow, and an IEC fellow. Among his many honors, he is the recipient of the Ericsson Prize, the NAE Draper Prize, the Marconi Prize, the Okawa Prize, and was further recognized when he received the 2007 National Medal of Science, the highest honor for achievement in science bestowed by the President of the United States.