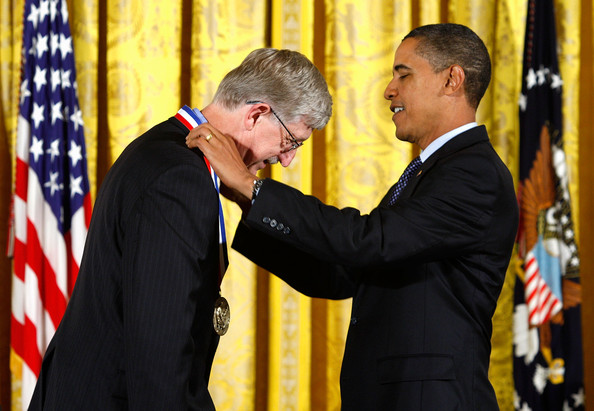 Francis Sellers Collins is an American physician-geneticist noted for his discoveries of disease genes and his leadership of the Human Genome Project. He is director of the National Institutes of Health (NIH) in Bethesda, Maryland. He was born on  April 14, 1950 in Staunton, Virginia, United States. Before being appointed director of the NIH, Collins led the Human Genome Project and other genomics research initiatives as director of the National Human Genome Research Institute (NHGRI), one of the 27 institutes and centers at NIH. Before joining NHGRI, he earned a reputation as a gene hunter at the University of Michigan. He has been elected to the Institute of Medicine and the National Academy of Sciences, and has received the Presidential Medal of Freedom and the National Medal of Science.