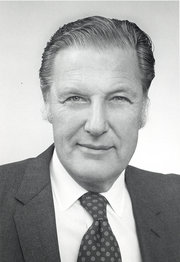 Bernard M. Oliver also known as Barney Oliver, was a scientist who made contributions in many fields, including radar, television, and computers. He was the founder and director of Hewlett Packard (HP) laboratories until his retirement in 1981. Oliver was president of the Institute of Electrical and Electronics Engineers in 1965. In 1986, Oliver was a National Medal of Science recipient for Engineering Science and on February 11, 2004 it was announced that Oliver had been inducted into the National Inventors Hall of Fame. He was born on May 27, 1916 in Soquel, California, United States.

Barney was central to the technical innovations which contributed to the emergence of Hewlett-Packard (HP) as one of the industrial wonders of the modem world. In 1957 he became Vice-President of Research and Development, and in 1966 he founded what is now known as the HP Laboratories, which he directed until his retirement in 1981. World renowned for its desktop computers and calculators, HP instrumentation also contributed to the development of radio astronomy. A curious twist to this history is that the HP Board originally thought there would be no substantial market for electronic calculators. The Board decided to produce the calculator mostly because Barney insisted that it could be made a commercial success. He died on November 23, 1995, Los Altos Hills, California, United States.