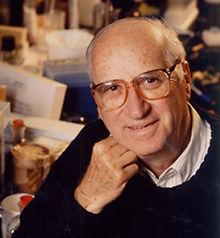 Daniel Israel Arnon was a Polish-born American plant physiologist whose research led to greater insights into the operation of photosynthesis in plants. In 1973, he was awarded the National Medal of Science for "his fundamental research into the mechanism of green plant utilization of light to produce chemical energy and oxygen and for contributions to our understanding of plant nutrition." Arnon was born on November 14, 1910, in Warsaw. From 1952 to 1953 he was president of the American Society of Plant Physiologists. He also won awards in Belgium, Britain, France, Germany, Italy, Spain and Sweden, as well as the United States. Arnon died at age 84 on December 20, 1994, in Berkeley, California.