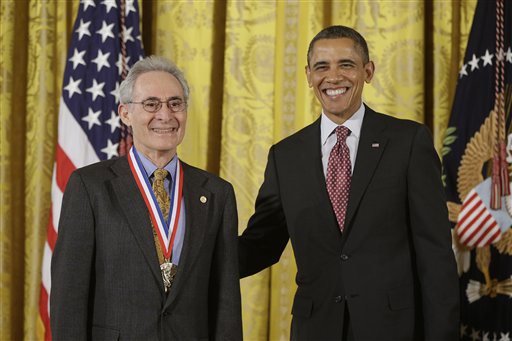 Barry Charles Mazur is an American mathematician and a Gerhard Gade University Professor at Harvard University. He was born on December 19, 1937 in New York City, New York. Mazur attended the Bronx High School of Science and MIT, although he did not graduate from the latter on account of failing a then-present ROTC requirement. Regardless, he was accepted for graduate school and received his Ph.D. from Princeton University in 1959, becoming a Junior Fellow at Harvard from 1961 to 1964. He is the Gerhard Gade University Professor and a Senior Fellow at Harvard. Barry Mazur became interested in mathematics during his first year at High School. In 2011, he received the National Medal Of Science.