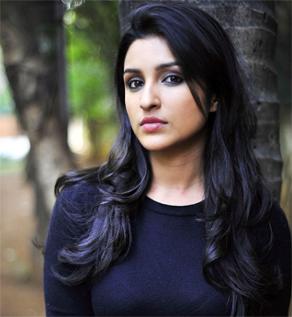 Parineeti Chopra is an Indian film actress, born in Ambala, Haryana into a Punjabi family. Her father, Pawan Chopra, is a businessman and supplier to the Indian Army at Ambala Cantonment and her mother is Reena Chopra. She has two brothers: Shivang and Saraj; actress Priyanka Chopra and Meera Chopra are her cousins. She received her early education at the Convent of Jesus and Mary in Ambala Cantonment. In an Interview published in The Hindu, she revealed that she was a very good student and had always wanted to become an investment banker. At the age of 17, Chopra moved to London, where she received a triple honours degree in business, finance and economics from Manchester Business School in the United Kingdom. She started her career in India as a PR Consultant in the marketing department of Yash Raj Films. At that time she got chances to watch the process of acting closely and her observation gave her confidence that she could do acting well.

She was asked to do some sample acting by the director Maneesh Sharma in 2011 and the video was seen by the producer Aditya Chopra who was very impressed with her performance and booked her for next three films of their company. Her first film was Ladies and Vs Ricky Bahl. This film was not very successful though she was appreciated by the film critics for her performance. In 2012, she garnered wide critical acclaim for her starring role in the romantic drama Ishaqzaade, a critical and commercial success, winning the National Film Award - Special Mention and several Best Actress nominations including the Filmfare Award for Best Actress. She subsequently received praise for her performances in the successful romantic comedies Shuddh Desi Romance (2013) and Hasee Toh Phasee (2014). Her prime accomplishments have made her one of the most promising new actresses in India.