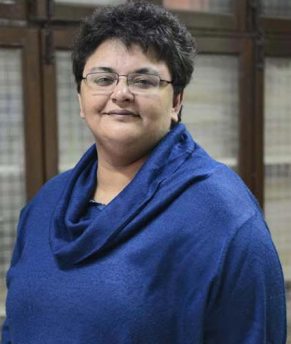 Prof. Ayesha Kidwai completed her M.A. and Ph.D. in Linguistics from Jawaharlal Nehru University. Her research interests include linguistic theory, with particular reference to the (generative) syntax and morphology of Indian languages, philosophy of language, gender and language, the politics of English, and the evolution of language. Her current research interests include the syntax of finite complementation and the properties of adjunction in natural language.She has authored several papers and a few notable books such as XP-adjunction in Universal Grammar: Scrambling and Binding in Hindi-Urdu, and In Freedom's Shade, an English translation of Anis Kidwai's Urdu memoir Azaadi Ki Chaon Mein.She won Infosys Prize in 2013 for Humanities – Linguistics category.