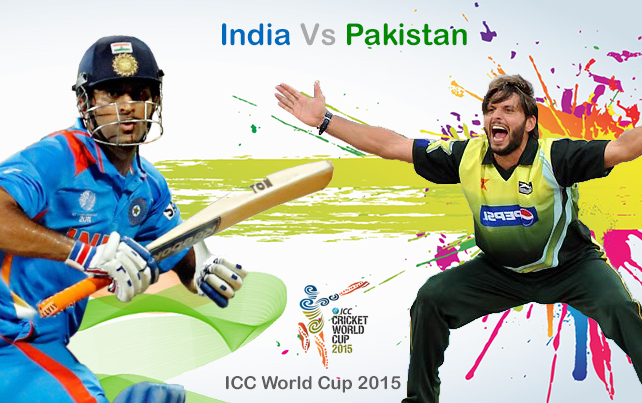 The ICC WORLD Cup P2015 had begun with an awesome opening ceremony in Melbourne and Christchurch. Its damn sure that the tournaments would gonna be a real clash of the titans from Feb 14 2015 to Mar 29 2015 were 14 teams will compete in 49 matches at 14 venues. The same enthusiasm and the energy is awaiting for todays cricket match which is gonna be a real cricket fight  at Adelaide Oval, Adelaide between IND vs PAK which is much expected by the Indian and Pakistan cricket fans. It is a pride and a salute to our INDIAN CRICKET TEAM captained by MS.DHONI who won the ICC WORLD CUP 2014 with an energetic crew of 11.

The same enthusiasm and the expectation is ON with our Indian cricket fans. The INDIAN TEAM is powered by an energetic batting and bowling line up along with all rounders. Hope the new faces from all the teams would make the new history and records in ICC WORLD CUP 2015. Its time for the Indian crew of 11 to rewind the past and bring the pride to INDIA. A wholesome wish to our Indian cricket team to win the ICC WORLDCUP 2015 trophy. Bang! Bang!! India.

Team India you are always rocking...