In 1835 Education Minutes, T.B. (later Lord) Macaulay as Law Member of the Supreme Council summarily rejected Indian languages as being obsolete for communication media to deserve consideration for the patronage of the colonial govt. Remarkably, no protest came against this policy of adopting English as the medium of instruction from the Indian literati. English education, therefore, became a valid passport for jobs to the middle and upper middle class people of the mid-19th century Bengal. Naturally, the demand for English High Schools became increasingly popular in and around Calcutta especially after the 40's of the last century.

Against this backdrop, a man like Babu Joy Krishna who had English education as well as the opportunities to interact closely with the English people for quite a long time, finally deciding to settle down in his birth place, that is, at Uttarpara, found the conditions there not at all up to the mark of his satisfaction. This was more so because neither physically nor mentally was he ever confined to the four corners of his own locality. He, therefore, developed the idea of setting up one English High School in his locality. This noble idea of his got a strong support from his brother Babu Rajkrishna as well as the people of this locality.

As a result of this, the school at Uttarpara (Ooterparah School) was opened in March, 1846 in a few scattered hutments near Bally Khal originally meant to house the workers of Bally Tension Bridge. To start with, the school had Mr. Robert Hand as the Headmaster with only one assistant master named Mr. C. Grant and an enrolled student strength of 167. 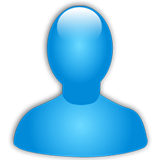 Uttarpara govt high school is one of best schools among hooghly district and also all over west bengal. This institution was established on 1846 by landlord of uttarpara lt jaikrisna mukarjee. Now it is maintained by govt of W.B. since 1846 it had wonderful academic perfomance in many competitive exams and have a very expert and highly qualified faculties.... the atmosphere is also student friendly... and ideal for bringing up moral character....