Vidyasagar University, named after one of the most illustrious sons of Bengal as well as one of the doyens of Indian Renaissance, Pandit Iswar Chandra Vidyasagar, has grown out of a long cultural and educational movement in West Bengal in general and in the undivided district of Midnapore in particular. The idea of founding a University in the district was mooted by the various organizations, notably by the Regional Education Association, Midnapore, headed by Professor A.K.Gayen of IIT, Kharagpur. The Ghani Committee appointed by the U.G.C. also suggested, among others, for the setting up of a University in Midnapore on the ground of its ‘having a compact area and a manageable number of colleges’ (at that time there were 36 colleges with an enrolment of about 42,000), and also of its ‘having the great advantage of co-operation of the IIT, Kharagpur. The Committee was also of the opinion that the new University would develop on the lines suited to the needs of this backward area.To give honour and respect to these pious intentions and proposals, the Government of West Bengal decided in 1978 to establish Vidyasagar University. The U.G.C. approved the proposal and on the advice of, and in consultation with the U.G.C., the State Government appointed a Planning Committee in March 1979 to lay down the lines of development and to take initial steps to found the University. The Committee submitted its report in October. Then the Vidyasagar University Act, 1981 (West Bengal Act XVIII of 1981) was passed; some of its sections were brought into operation on 24th June 1981. Finally, Professor Bhupesh Chandra Mukherjee joined as the first Vice Chancellor of the University on 29th September 1981.Academic activities started when through a Notification [no. 983-Edn (U), dated Calcutta the 23rd May] issued by the State Government, 30 colleges of the District of Midnapore were affiliated to the Vidyasagar University with effect from 1st June 1985.The foundation stone of the main campus at Tantigaria mouza of Midnapore Sadar Town for post graduate teaching and central administration of the University, was laid on 18th July 1983 by the then Hon’ble Chancellor of the University and Governor of West Bengal, Late B.D.Pande. On 15th January 1986, it was inaugurated by Shri Jyoti Basu, the then Chief Minister of West Bengal. From the next day (16th January) classes commenced in six post graduate departments: Anthropology, Applied Mathematics with Oceanology and Computer Programming, Commerce with Farm Management, Economics with Rural Development, Library and Information Science, Political Science with Rural Administration.The U.G.C. accorded recognition to the University in terms of Section 12B of the U.G.C. Act, on 1st March 1990.The University presently houses 27 PG departments (apart from this course – MBA - being run under the Department of Commerce with Farm Management), 12 in Humanities and 15 in Science while 46 undergraduate colleges apart from 11 courses in yet 11 other colleges / institutes are affiliated to it. Fourteen vocational subjects and six other specialized courses are also offered at the UG level. The overall emphasis of the university is not to perpetuate the traditional nature of the other universities of West Bengal but to merge as a distinctive entity with a special nature of its own. The National Assessment and Accreditation Council (NAAC) awarded Vidyasagar University with a 3-star status. The campus has a picturesque background within which afforestation programmes are being undertaken.The Vidyasagar University thus began its journey to sail through many trials and tribulations.

The university was established with a mission to provide an answer to the education needs of the region. It provides ethnic, sociocultural, geographical along with mainstream education. The university logo with the motto Education, Knowledge, Progress embodies the mission

The university was established with a mission to provide an answer to the education needs of the region. It provides ethnic, sociocultural, geographical along with mainstream education. The university logo with the motto Education, Knowledge, Progress embodies the mission 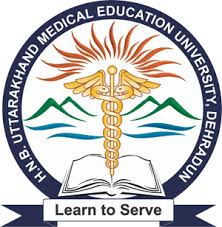 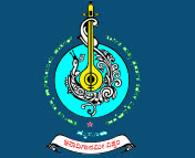 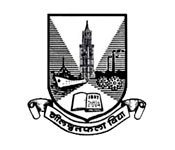