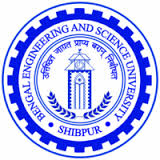 Indian Institute of Engineering Science and Technology, Shibpur commonly abbreviated as IIEST Shibpur, is a public institution for research and education in engineering, science and technology, located at Shibpur, in Howrah district, in the state of West Bengal in India. It is classified as an Institute of National Importance by the Government of India since 2014.Established in 1856, it is the country's second-oldest institution for engineering education and has a long and chequered history. It was formerly an institution under the state government of West Bengal and known as Bengal Engineering and Science University, Shibpur from 2004 to 2014 and Bengal Engineering College, Shibpur prior to that.In March 2014, recognizing the institute's contribution to engineering for more than a century and its potential for further excellence, it was elevated to national status by amending the National Institutes of Technology and Science Education and Research (NITSER) Act, 2007, thus renaming it to IIEST Shibpur and granting it the status of Institutes of National Importance at par with the Indian Institutes of Technology and Indian Institute of Science.The institute offers Bachelor's, Master's and Doctorate degrees in Engineering and Architecture as well as Master's and Doctorate degrees in Science and Management in addition to various part-time courses

Jawaharlal Nehru Architecture and Fine A.. 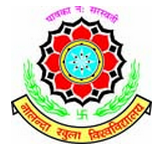