The government of Uttar Pradesh, established Avadh University, Faizabad, initially as an affiliating university by it's notification No. 1192/fifteen-10-46(6)-1975 dated 04 March, 1975 and appointed Prof.(Dr.) Surendra Singh as the first Vice chancellor. In 1993-94, it was renamed as Dr. Ram Manohar Lohia Avadh University, Faizabad in the memoriam of late Dr. Ram Manohar Lohia, an epic socio-economic ideologue and freedom fighter par excellence. The university initially started its office in a rental building at Civil Lines, Faizabad. Land acquisition process for varsity's formal office started in 1976. Ultimately, the then Chancellor and the Governer of state Shri G.D. Tapase laid foundation of the present administrative building of the varsity on 02 May 1978.The university assumed the shape of an affiliating cum residential varsity in April 1984. The residential segment became functional with the opening of four PG departments in the campus viz. History, Culture & Archaeology, Economics & Rural Development, Mathematics & Statistics and Physics & Electronics. Four more departemnts viz. M.B.A, Bio-Chemistry, Microbiology and Environmental Sciences were added to its academic paraphernalia in 1993-94 which in-turn brought recognition of the varsity under 12B scheme of U.G.C. In 2000-01, Institute of Engineering & Technology was established on the campus with B.Tech. (in Mechanical Engineering, Information Technology, Computer Sciences and Electronics & Communication Engineering) and M.C.A. cources. In the same year, some other courses like M.C.J., M.S.W., B.Lib. and M.Lib. were also added to widen the academic spectrum of the residential setup. In addition, a number of PG programs like M.Sc-Biotechnology, M.T.A., M.P.Ed., M.Ed. and UG programs like B.B.A., B.C.A. and B.P.Ed. became functional on the campus from the session 2005-06. Presently, the university is catering education to about 7 lakhs regular/private student through its nine residential PG departments and on campus Institute of Engineering along-with more than 400 affiliated colleges spread over in the 10 districts of Faizabad, Sultanpur, Pratapgarh, Ambedkarnagar, Barabanki, Balrampur, Baharaich, Shravasti, Amethi and Gonda

The Rajiv Gandhi National University of .. 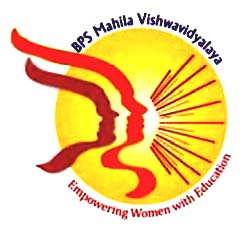 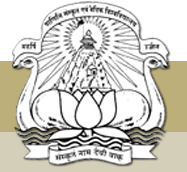