In Tamil Nadu, there was a system of annual collection of Educational Statistics, publication of reports on public instruction and periodical surveys. No sustained research was undertaken by the State Education Department. Training schools for primary school teachers were inspected by the District Educational Officers and there were no specialists specifically assigned to look after teacher education. Likewise colleges of education (training colleges) were supervised by the Director of Public Instruction till 1965 and later by the Director of Collegiate Education.

The State Institute of Education was established in 1965 to provide for systematic study of problems relating to school education. It was housed in a rented building in Nungambakkam. Dr.H.S.S.Lawrence was the first Director of the Institute. He was assisted by two Readers in the cadre of District Educational Officers and two Asst Professors in the cadre of high school Headmasters. The State Institute of Education undertook studies about stagnation and wastage. For the first time, inspecting of Education published Madras Education (quarterly). Later it was stopped and a page Tamilaga Kalvi was published every month and distributed freely to all Government and Aided schools.

The State Institute of Education was upgraded as State Council of Education Research and Training in 1970 and was shifted to the D.P.I complex.

The S.C.E.R.T functioned with twelve Asst. Professors. Professors were drawn from Government colleges, Readers from among District Educational Officers and the Assistant professors from among senior post graduate teachers, S.C.E.R.T. was under the control of the Director of School Education. It organized various courses to popularize new mathematics and new science. Several courses were conducted in Madras and in several colleges of education for teacher educators and schoolteacher. S.C.E.R.T. was actively involved in conducting seminars at various levels to familiarize personnel with the New Education Policy. It introduced training programmes in comprehensive Access to primary Education (CAPE)

The D.T.E.R.T revised the syllabus of the Diploma in Teacher Education Two years course. It undertook special programmes in popularizing population education. Early childhood Education and open school for dropouts were taken up for the first time. Computer literacy project (Class) was introduced for schoolteachers. 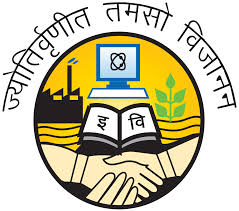