Dev Sanskriti Vishwavidyalaya (D.S.V.V.) is a non-conventional centre of higher learning, education and research. It is an exceptional creation, which has born out of a unique vision of the groundbreaking scholar and visionary, Pt Shriram Sharma Acharya ji (1911-1990), who was also a renowned social reformer and a celebrated freedom fighter. He was honored by the Government of India for his meritorious services by releasing a postal stamp in his memory in the year 1991. He had a vision to establish a University devoted to the preservation and propagation of the Indian Culture, which to him was Dev Sanskriti, that could combine the percepts of practical knowledge (shiksha) and spiritual education (vidya) to create truly enlightened individuals.Pt Shriram Sharma Acharya believed that there is need for an educational institution, which could mould its students into noble and enlightened human beings; selfless, warm- hearted, compassionate and kind. To achieve these goals that he had set in his life time for the radical change in the field of higher education; after his attainment of Samadhi in June 1990, his admirers and followers resolved to translate his vision into action by establishing a university and named it as Dev Sanskriti. Acharya’s silent revolutionary movement is now well established as Dev Sanskriti Vishwavidyalaya, which works with a primary focus of providing a confluence of modern education with instillation of human values in the students. The students are expected to follow a simple, spiritual life style and they receive benefit from both; state of the art facilities and the wisdom of ancient traditional practices. This allows the university to provide noble citizens, who would channelize their efforts towards the goal of a divine, value based society.

The vision of the Dev Sanskriti Vishwavidyalaya is to unite contemporary education with spiritual training to cultivate well-rounded, competent and personally uplifted graduates, who possess a scientifically grounded understanding and experience of spiritual transformation and a powerful drive to use their gifts to promote the greater good of society.

The mission of the University is as under:Confluence of traditional education with science and spirituality,Creation of devoted, righteous and learned students,Infusion of scientific spirituality into life style,Creation of citizens well-endowed with nationalistic ideals,Guiding future leaders by developing human values and oneness towards all 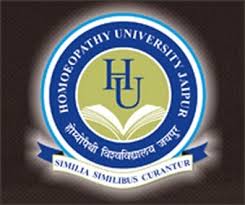 Centurion University of Technology and M..