The Centre for Distance Education will have the status of P.G. College/Institute and may introduce self financing vocational and job oriented courses.The C.D.E. (Centre for Distance Education) has performed well in all the years since 1995 and succeeded in its mission. Its students have performed well in University Examinations and many times succeeded in achieving highest and high ranks at University Examinations. 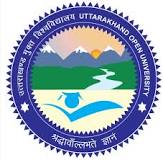 Haridev Joshi University of Journalism a..