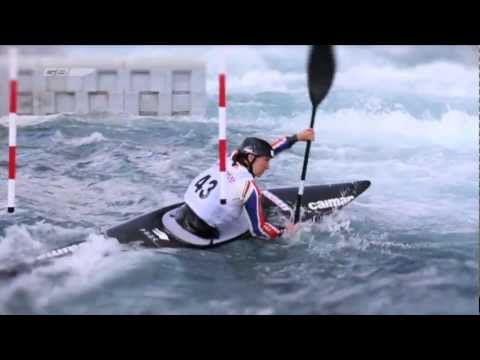 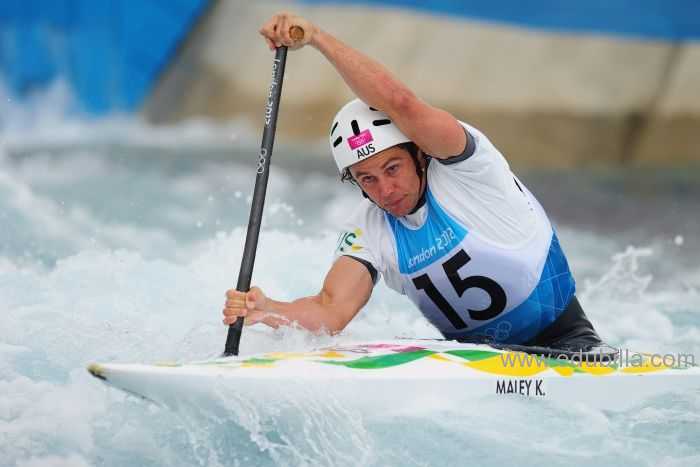 Canoe Slalom on whitewater started on 11 September 1932 in Switzerland. The sport’s inventor proclaimed “Slalom is a whitewater test” and his idea came from skiing, where the key terms change from “winter, snow and Ski Slalom” to “summer, water and Canoe Slalom.”

Precision and Speed on Whitewater:

Canoe Slalom is an exciting adrenalin fuelled sport, where the paddlers have to negotiate their way down a 300m white water rapid. Paddlers race through a series of up to 25 gates, which are made up of red and green poles. The coloured poles determine the direction that the paddlers must past through gates. Paddlers have the challenge to race as fast as they can through the course of gates whilst battling with the challenging white water rapids of waves, stoppers and eddies to accomplish the quickest time. Paddlers are awarded time penalties of 2 seconds if they touch a gate and 50 seconds if they miss a gate altogether, which is added to their running time. The combined score of time and penalties determines the finish order.

There are five categories that Canoe Slalom paddlers compete in. Both women and men race in Kayak single (K1) and the Canoe single (C1) event, men can also race in the Canoe double event. In their categories the paddlers also compete in team events. Teams consist of three boats, who work together weaving in and out of the course, keeping as close to one another possible.

Canoe Slalom is truly dynamic sport that sees its athletes take on some of nature’s most challenging white water. The athletes are in amongst the elements as they battle through the challenging rapids, demonstrating immense skill and physical strength in order to chance victory.

Paddlers are awarded time penalties if they touch the gate, which is added to their running time. The combined score of time and penalties determines the finish order. There are two kinds of penalties. If you hit a gate in any way, 2 seconds get added per touch. If you miss a gate or get through it upside-down or in the wrong order then you receive a 50 second penalty.

In a competition there are two runs. The time of a run consists of the time for passing the course and eventually made penalties. Up till 2008 both runs got added to detect the winner, but since 2009 just the best run is counted. In international and national championships there are also different competitions modes than the described one.

There are three different disciplines:

In addition, there are team competitions (except in the Olympics), where three boats of the same discipline run the course at the same time.

The rules of Canoe Slalom are determined by the International Canoe Federation (ICF) who have a congress every two years which allows for any major changes to the rules.

The role of officials in high performance sport is often contentious potentially affecting outcomes. In Canoe Slalom touches and missed gates can be critical to the outcomes and the allocation of medals. High quality judging under pressure comes from individual excellence and team work.

Pratical exercises at an international event

To participate in an International Canoe Slalom Judge (IJCSL) program, you need at least 5 years experience at the national level. Your National Federation should send the application form to the ICF Headquarters and to the chairman of Canoe Slalom Committee.

The training covers the higher order skills required to be an effective judge at international level - it is not a review of the rules but more about how each judge applies them and how they work together as a team to ensure fair and equal competition for all Athletes.

Participation in ICF IJCSL is by invitation with invitations usually issued to Judges who are already experienced at International level. To register your interest in this program your National Federation should send the application form to chairman of Canoe Slalom Committee and you will be placed on the waiting list for the next avaialable program.

Detailed Canoe Slalom Rules Can Be Downloaded From Documents

A paddle with a bend in the shaft, intended to increase power but compromising control.

The wide part of a paddle which passes through the water. The canoe paddler uses a paddle which has one flat blade on one end of the paddle shaft, which may not be fixed to the boat in any way.

A light, narrow, open boat propelled by one or more paddlers from a kneeling position, using single-bladed paddles.

The enclosed space in a kayak or slalom canoe where the paddler(s) sit.

The closed-in area over the bow and/or stem of a canoe or kayak, intended to shed water and strengthen the gunwales.

A paddle with a blade at each end, used in kayaks to paddle on each side of the boat.

Two striped poles suspended just above the water from a wire stretched across the course.

The end of a canoe paddle opposite from the blade.

The frame or body of a boat.

A light, narrow closed boat in which the paddler is seated facing forward, using a doubled bladed paddle to propel the craft

A paddle with a blade at one end.

A flexible covering fitted to the paddlers waist that encloses the cockpit of a canoe or kayak to ensure that the boat is waterproof.

As with canoe sprint, canoe slalom also utilises canoes and kayaks, however there are some significant differences. The sport was modelled from ski slalom and began in Switzerland in 1932. In its early days, it was first performed on flat water, but later switched to white water rapids.

Canoe and kayak racing became full medal sports at the 1936 Berlin Games. However events were initially limited to canoe sprint until canoe slalom made its debut at the 1972 Munich Games. Slalom racing was not competed again in the Olympic Games until the 1992 Barcelona Games. Canoe slalom racers compete in four events, three for men and one for women, over the same course.

The first period is characterised by dramatic changes. Folding and rigid canvas canoes were replaced with fibreglass reinforced plastic boats at championship events. Great Britain had its first World Champion in Paul Farrant who in 1959 won the men’s K1 World Title.

The second important period was filled with changing and simplifying slalom rules as well as with hopes and dreams of slalom becoming an Olympic sport again. This time too, brought dramatic changes in boat construction. Canoe Slalom made its debut at the Olympic Games in 1972 with the course at Augsburg in Germany still used for International competition today. Unfortunately after 1972, Canoe Slalom did not return to the Olympic programme until 1992. During the late 1970’s and 1980’s Great Britain became the dominant force in Canoe Slalom with multiple medallists and the 1983 World Championships remains Britain’s most successful Worlds in Canoe Slalom with 3 Golds, 2 Silvers and 2 Bronzes won.

The third period began with the reintroduction of Canoe Slalom at the 1992 Olympic Games.

This was another period of new changes to the slalom rules: the penalty and the two run system were changed. It was around this time that Canoe Slalom saw a massive increase of interest outside of its traditional home of Europe and North America to all other continents. During this period Canoe Slalom in Great Britain has continued to be successful at International level and domestically. Traditionally Canoe Slalom has taken place on natural rivers, but since 1992 there has been a shift with many more events taking place on purpose built artificial sites.

Canoe Slalom on whitewater started on 11 September 1932 in Switzerland. The sport’s inventor proclaimed “Slalom is a whitewater test” and his idea came from skiing, where the key terms change from “winter, snow and Ski Slalom” to “summer, water and Canoe Slalom.”

Unfortunately World War Two began just six years after the first Canoe Slalom competition was held in Switzerland and the development of the sport was set back, especially from an Olympic point of view.

Once the Second World War was over, the first Canoe Slalom World Championships under the patronage of the ICF were organised in 1949 in Geneva, Switzerland. From this date it is possible to divide the history of Canoe Slalom into three periods: From 1949 - 1972, from 1972 - 1992 and from 1992 to the present day.

The International Canoe Federation (ICF) is the umbrella organization of all national canoe organizations worldwide. It is headquartered in Lausanne, Switzerland, and administers all aspects of canoe sport worldwide. 157 countries are affiliated with the ICF after seven national federations were added at the 2008 ICF Congress in Rome.

The first federation was the Internationale Repräsentantschaft für Kanusport, formed before World War II. The International Canoe Federation (ICF) was founded in 1946. Canoeing became a full medal sport at the 1936 Berlin Games. 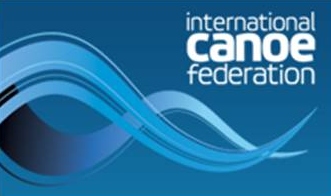 In 1924, canoe sprint was introduced to the Olympic programme as a demonstration sport. It became a full medal sport in 1936 with both canoe and kayak events. Women began competing in kayaks from 1948. Recent trends have led away from 5,000m and 10,000m races toward shorter 200m, 500m and 1,000m competitions.

The International Canoe Federation (ICF) covers canoeing and kayaking, and both of these crafts are used in the two main disciplines. Canoe sprint is based on pure “speed on the course” and requires a calm water surface. Canoe slalom is conducted on flowing water, rushing down a steep course where competitors attempt to negotiate a slalom course in single runs against the clock.

Despite the original origins of canoeing, a Scotsman by the name of John MacGregor would be known by many as the father of modern kayaking. He designed his own kayak, called the Rob Roy, 4m long and 75cm wide, weighing 30kg. Between 1864 and 1867 he toured the British waters and travelled throughout Europe. He founded the Royal Canoe Club in 1866. In 20 years, canoeing would become incredibly popular throughout Europe.

In canoe sprint races, competitors are assigned to lanes. Women compete only in kayaks. In Canoe Slalom, the athletes race in order to achieve the best time, while making sure to follow the course accurately and without incurring a penalty to their overall time.

Created in 1976, the Olympic Golden Rings is a prestigious international contest through which the IOC seeks to promote and recognise excellence in television broadcasting of the Olympic Games.  The contest is organised every two years, on the occasion of the Summer and Winter Games, under the aegis of the IOC Radio and Television Commission.

The slalom awards will be at Beeston Fields Walled Garden with an aim of a £20 per head ticket. In order to provide a more valuable weekend, options for block bookings for HPP are being investigated. Volunteers for various roles are being approached to assist with running the event.

Nominations for Canoe England Awards had to be lodged by Friday 20th June, it is too late for the slalom committee to make any nominations for this year.

The awards that were first introduced by the IOC Sport and Environment Commission in 2009, seeks to acknowledge and encourage the implementation of good environmental practices in the field of sport. 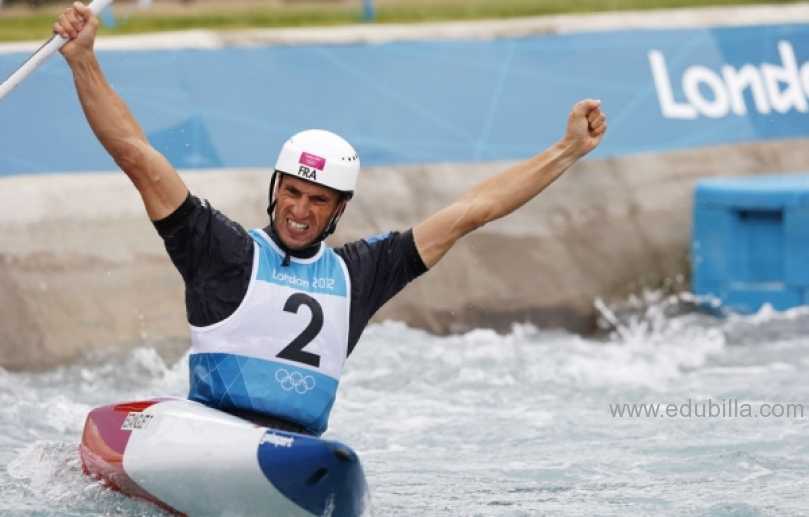 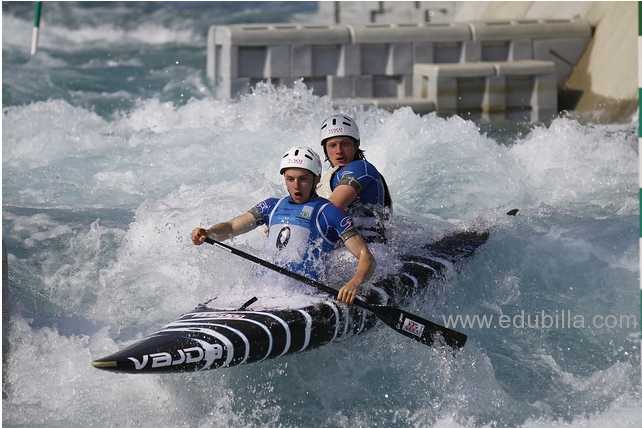 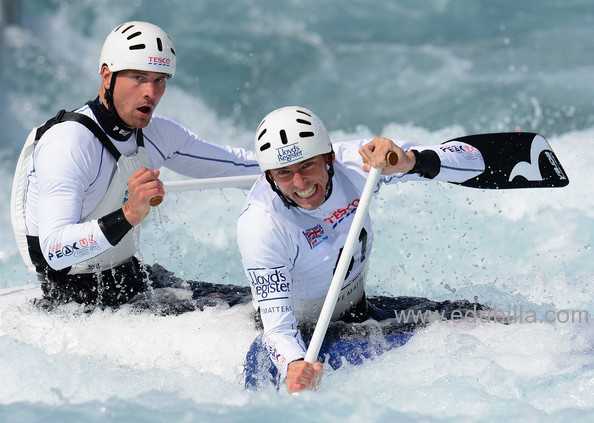 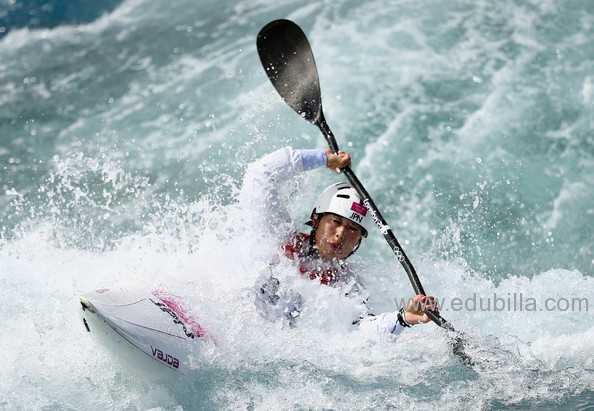 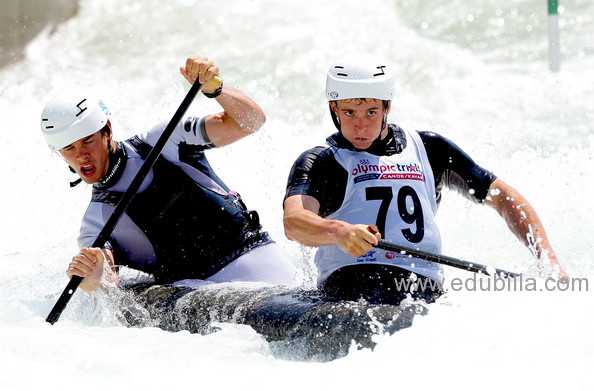 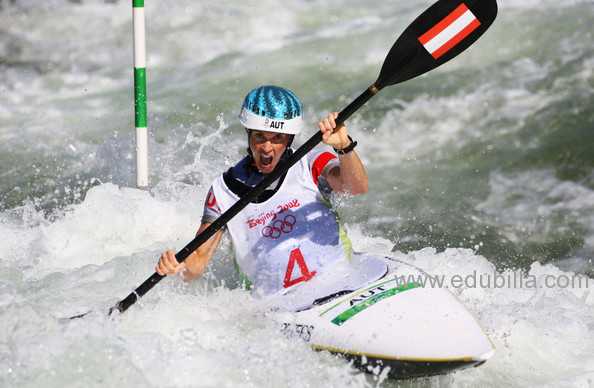 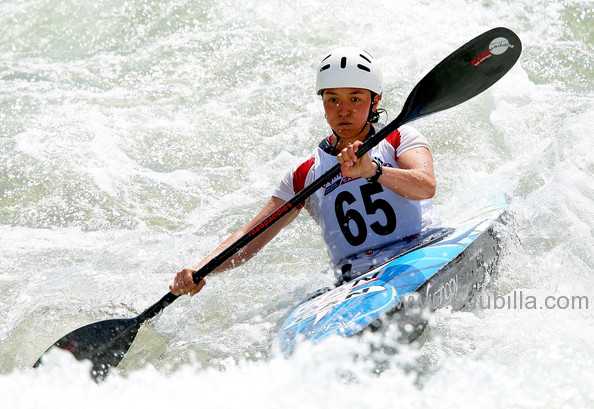 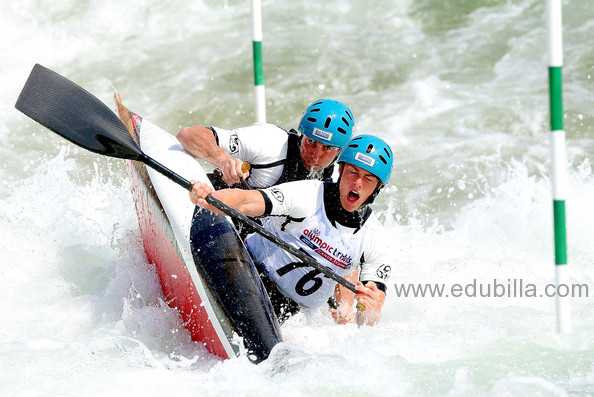 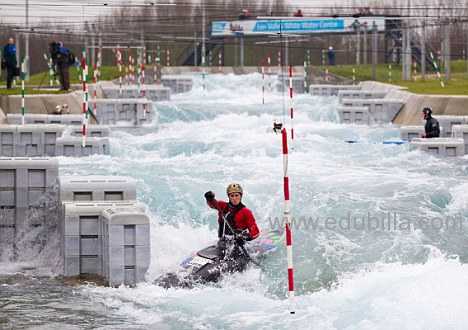 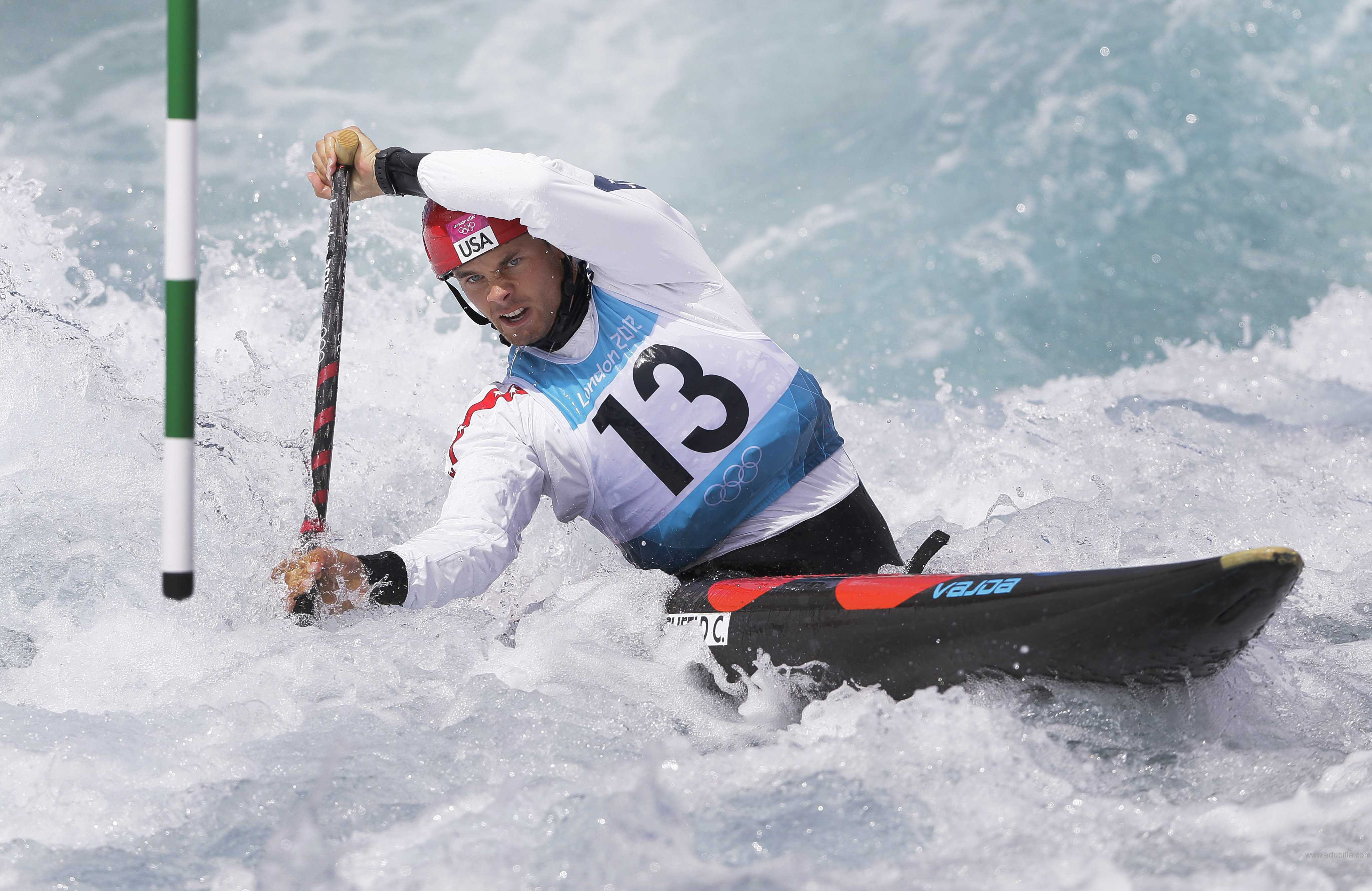 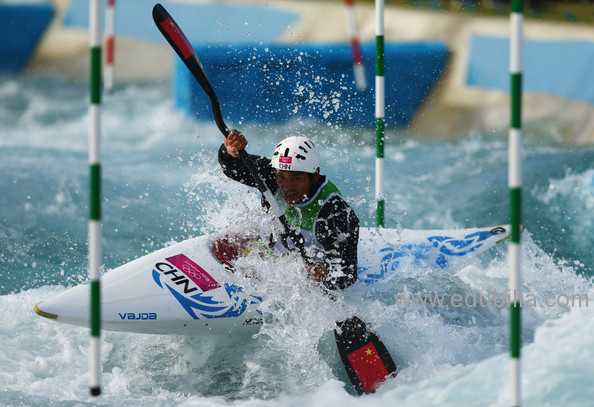 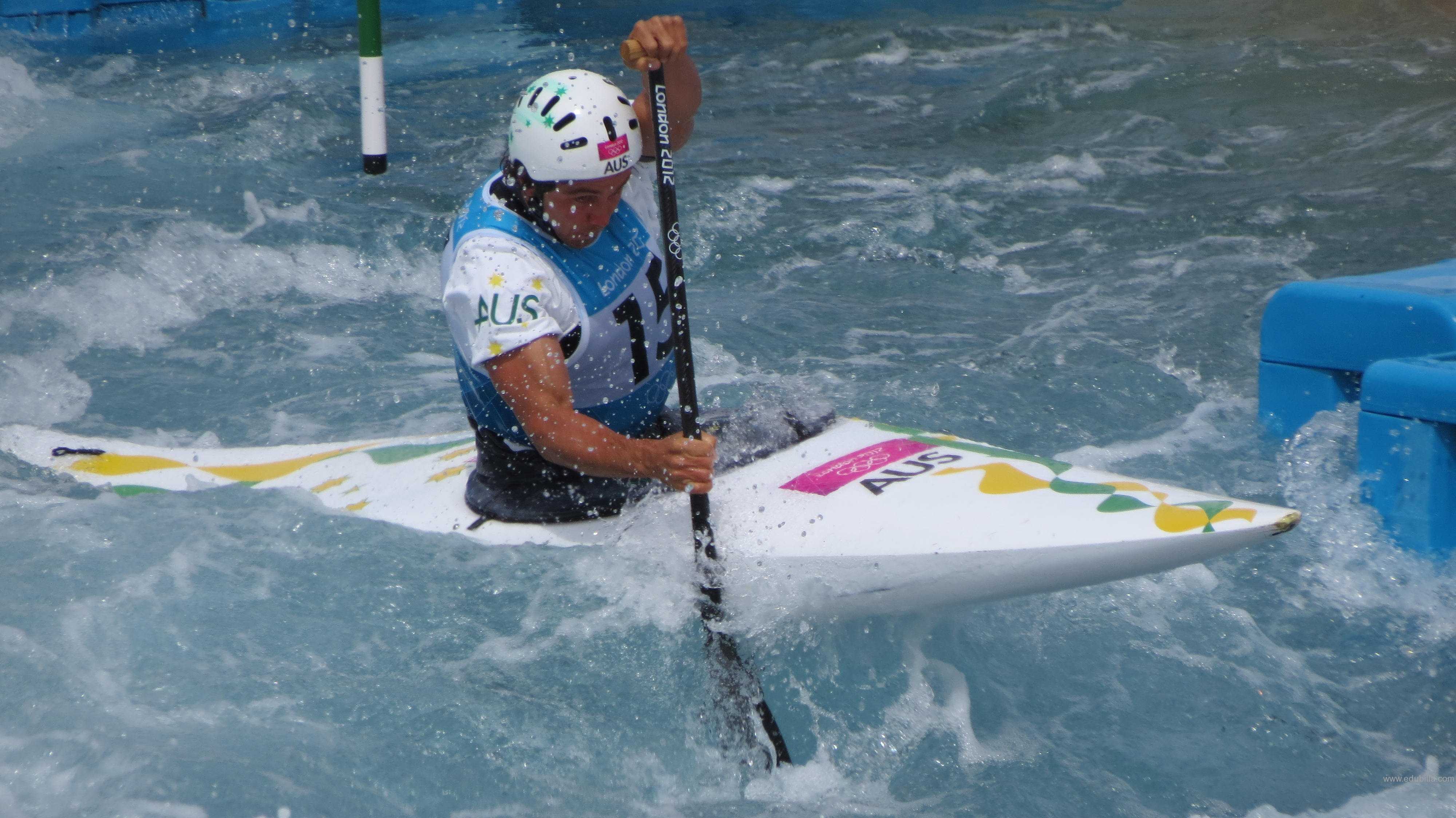 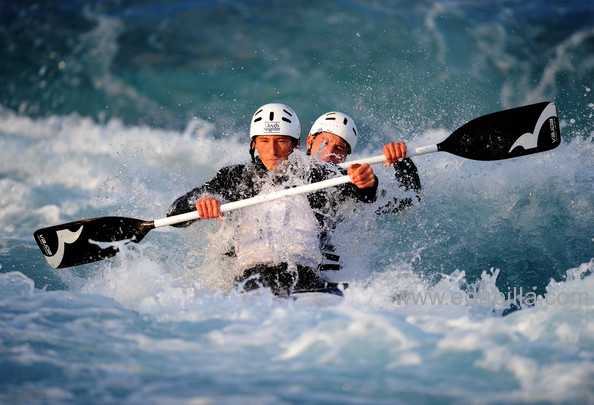 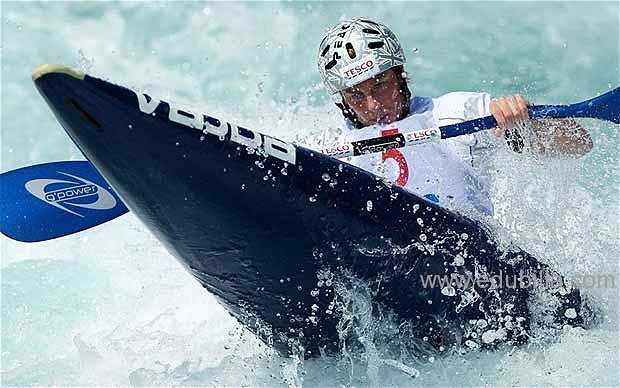 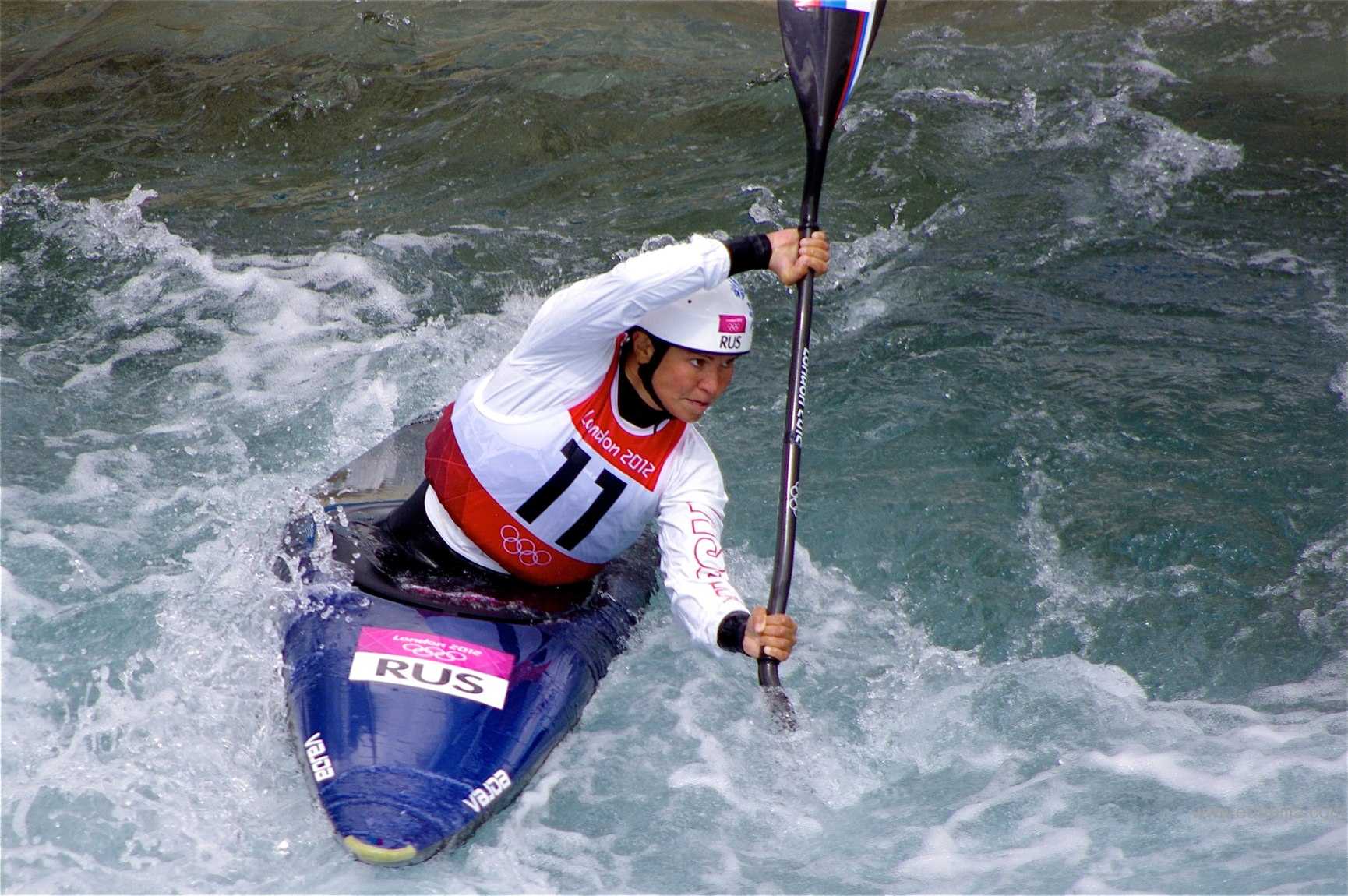 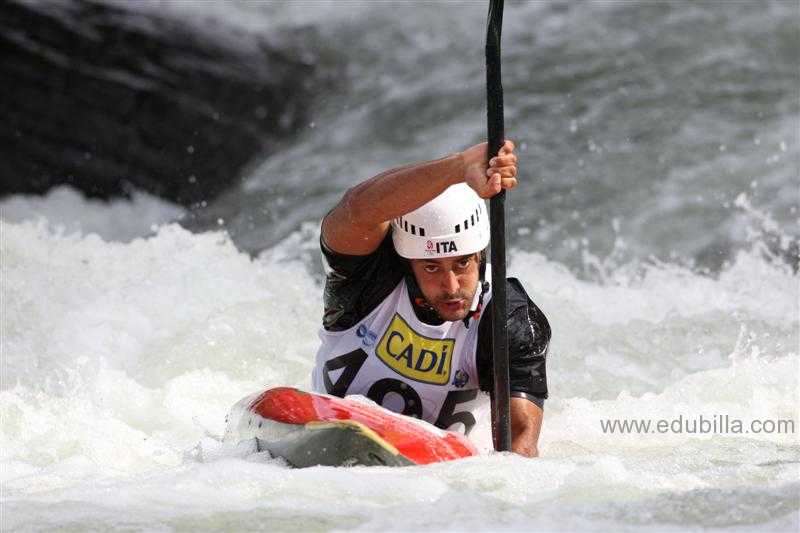 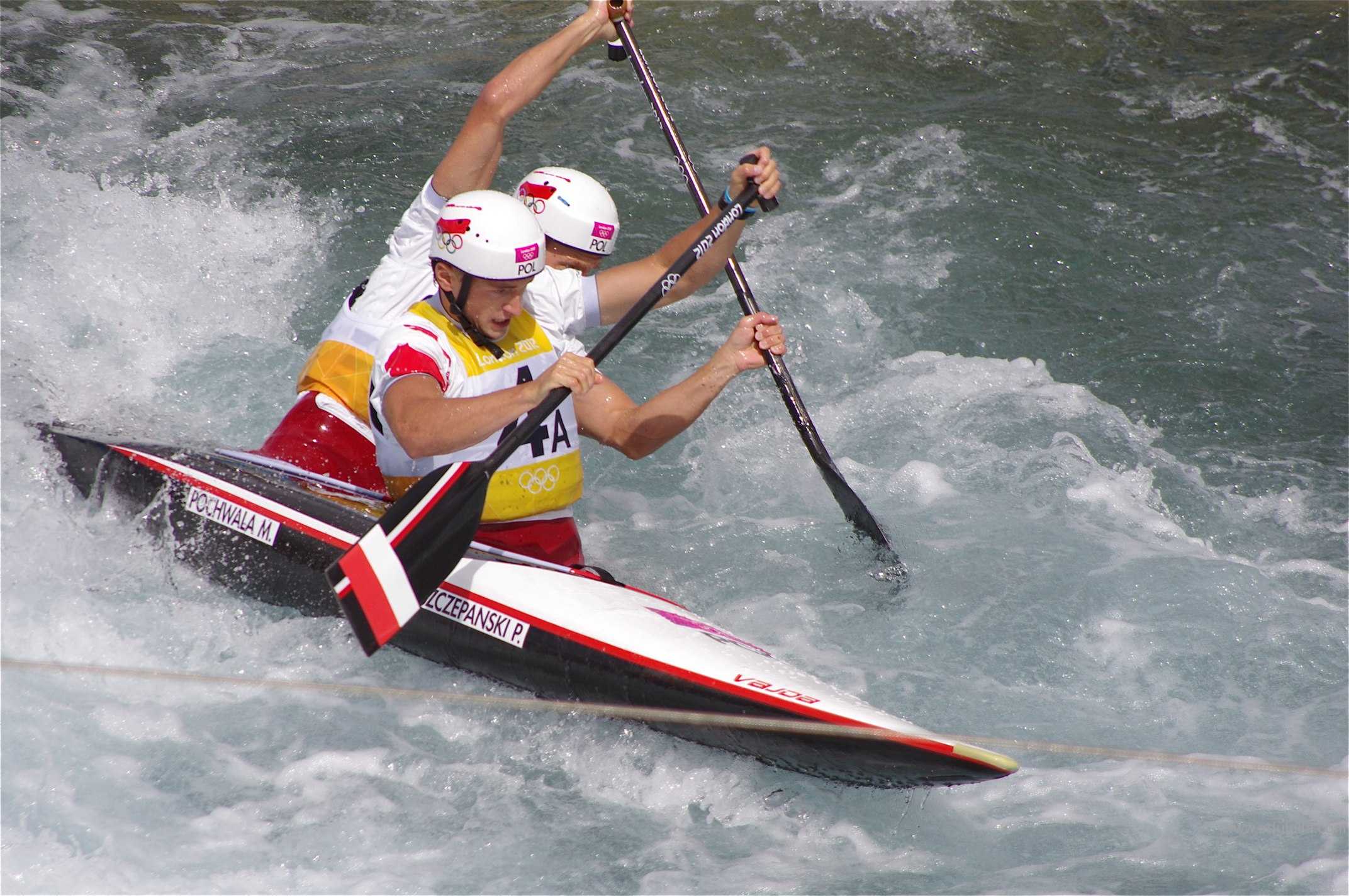