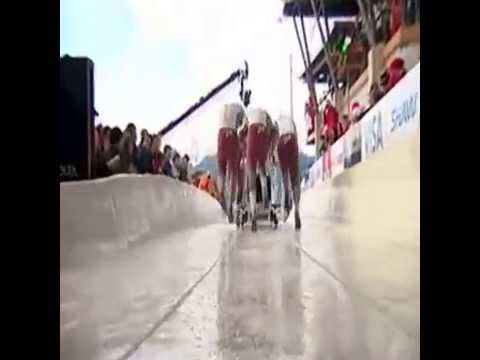 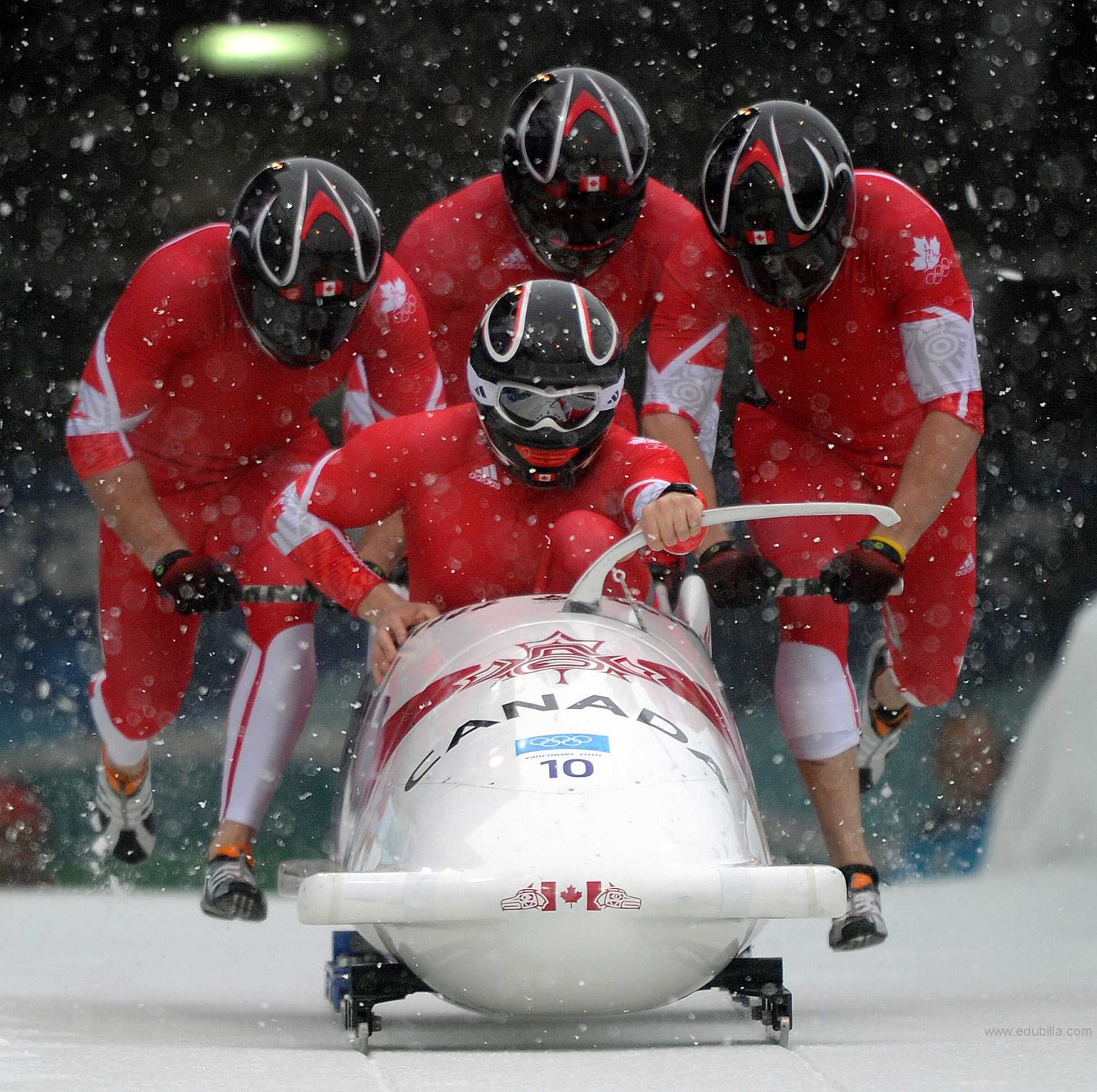 Bobsleigh or bobsled is a winter sport in which teams of two or four friends make timed runs down narrow, twisting, banked, iced tracks in a gravity-powered sled. The timed runs are combined to calculate the final score.

The various types of sleds came several years before the first tracks were built in St. Moritz, Switzerland, where the original bobsleds were adapted upsized luge/skeleton sleds designed by the adventurously wealthy to carry passengers. All three types were adapted from boys' delivery sleds and toboggans.

Competition naturally followed, and to protect the working class and rich visitors in the streets and byways of St Moritz, bobsledding was eventually banned from the public highway. In the winter of 1903/1904 the Badrutt family, owners of the historic Kulm Hotel and the Palace Hotel, allowed Emil Thoma to organise the construction of the first familiarly configured 'half-pipe' track in the Kulm Hotel Park, ending in the village of Cresta. It has hosted the sport during two Olympics and is still in use today.

which 1200m must be sloped on a downward incline. The track must be designed in such a way that speeds of between 80 and 100km/h may be reached after the first 250 metres.

Detailed Bobsleigh Rules Can Be Downloaded From Documents

Brakes are applied by lifting a lever that lowers metal teeth into the ice.

A hightech plastic composite helmet must be worn to prevent head injuries. Many have visors to protect the eyes, or the athlete may choose to wear goggles.

Made of synthetic material, have spikes on the soles for traction during the start push.

The sled consists of a main hull, a frame, a front and rear axle, and two sets of independent steel runners. The hull, also known as a cowling, is generally constructed of fibreglass and is open to allow team members to board and sit down.

The driver controls the sled with his hands and fingers, using rings that are attached by ropes to a steering mechanism.

The History of Bobsleigh at a Glance:

1897-In 1897, the world's first bobsleigh club was founded in St. Moritz, Switzerland, spurring the growth of the sport in winter resorts throughout Europe. By 1914, bobsled races were taking place on a wide variety of natural ice courses.

The first racing sleds were made of wood but were soon replaced by steel sleds that came to be known as bobsleds, so named because of the way crews bobbed back and forth to increase their speed on the straightaways.

1923-In 1923, the Fédération internationale de bobsleigh et de tobogganing (FIBT) was founded and the following year a four-man race took place at the first ever Winter Olympics in Chamonix, France.

Bobsled racing began largely as an activity for the rich and adventurous who gathered at alpine resorts for weekends of competition and partying.

There was no such thing as training. Competitors simply bought or rented a sled, started out as a rider and then took the wheel after a few runs.

1950-By the 1950s, however, the sport as we know it today had begun to take shape. As the critical importance of the start was recognized, strong, fast athletes in other sports were drawn to bobsledding. Track and field competitors, handballers/, gymnasts and others who could deliver a vigorous push at the start were much sought after.

1952-In 1952, a critical rule change limiting the total weight of crew and sled ended the era of the super heavyweight bobsledder and sealed the future of the sport as an athletic contest of the highest caliber.

1980-Until the advent of World Cup competition in the mid-1980s, bobsleigh success was determined solely by performance at the Olympics, World and European Championships. Since its inception, however, the World Cup series has added an exciting new dimension to the sport where versatility on different tracks and season-long consistency are rewarded.

1970-East Germany emerged as the sport's major power in the mid 1970s with its emphasis on sled design and construction. Since reunification, German bobsledders have remained a formidable group, winning numerous Olympic medals and World Championship titles since 1990.

Italy also has a long and successful track record in the sport, particularly from the mid 1950s to late 1960s, and Austria has had its shining moments.

In World Cup competition the Swiss and Germans have won the most medals, followed closely by Canadian teams.

From the small core of alpine nations who originally embraced bobsledding, the sport has since expanded around the world to include countries such as Jamaica, Japan, Australia and New Zealand.

1998-Although the traditional bobsleigh powers remain strong, other nations have begun to show their strength. The 1998 Olympic Winter Games in Nagano, Japan, turned out to be festivals of firsts in bobsleigh. For the first time, two gold medals and two bronze medals were awarded at bthe Olympics; seven medals were won by teams from six different nations; eight nations finished among the Top Ten in both two-man and four-an events; more nations (25) competed in four-man races than in two-man (24) and 28 of the 50 affiliated members were represented.

2000-The sport continues to expand. Lake Placid, long a traditional site for bobsleigh competitions, built a challenging new combined track in 1999-2000.  A new venue was added for the 2006 Olympic Winter games in Cesana, Italy, and a new facility is being built for the 2010 Games in Vancouver/Whistler Canada.

Although sledding on snow or ice had been popular in many northern countries, bobsleighing as a modern sport originated relatively recently. It developed from two crestas (skeleton sleds) attached together with a board and with a steering mechanism attached to the front cresta. The sport had humble beginnings, starting when the successful marketing of hotelier Caspar Badrutt (1848–1904) enticed English tourists were to stay over the winter in the mineral spa town of St. Moritz, Switzerland.

In 1897, the world's first bobsleigh club was founded in St. Moritz, Switzerland, spurring the growth of the sport in winter resorts throughout Europe. By 1914, bobsled races were taking place on a wide variety of natural ice courses.

The various types of sleds came several years before the first tracks were built in St. Moritz, Switzerland, where the original bobsleds were adapted upsized luge/skeleton sleds designed by the adventurously wealthy to carry passengers. All three types were adapted from boys' delivery sleds and toboggans.

Jamaica competed in the Winter Olympic Games for the first time at the 1988 Winter Olympics in Calgary, Canada. They competed in one sport, Bobsledding, in both the two-man and four-man events and finished outside the medal places in both competitions. Athletes were recruited from the Jamaica Defence Force, which saw Dudley Stokes, Devon Harris and Michael White become the first members of the team. Caswell Allen was the fourth man, but was injured prior to the start of the Olympics and was replaced by Chris Stokes, who was only in Canada to support his brother and new team-mate Dudley.

The first informal races took place on snow-covered roads. Formal competitions started in 1884 at St. Moritz. It's not known how much the original track evolved in the early years as the three sports matured and stabilized. The first club formed in 1897, and the first purpose-built track solely for bobsleds opened in 1902 outside of St Moritz. Over the years, bobsleigh tracks evolved from straight runs to twisting and turning tracks. The original wooden sleds gave way to streamlined fiberglass and metal ones.

1995-FIBT At the 1995 World Champion-ships in Winterberg, no fewer than eight nations placed in the top ten in the four-man event while seven nations were rerepresented in the top ten of the two-man competition.

The world's first bobsleigh club was founded in St. Moritz, Switzerland in 1897. By 1904, competitions were taking place on natural ice courses (Olympia Bobrun St. Moritz-Celerina). This growth led to the creation of the FIBT in 1923 with inclusion into the International Olympic Committee (IOC) the following year. At the 1924 Winter Olympics in Chamonix, the four-man event took place.

In 1930, the first FIBT World Championships took place with the four-man event in Caux-sur-Montreux, Switzerland with the first two-man event taking place in Oberhof, Germany the following year

Skeleton was also founded in Switzerland in 1884 as part of the Cresta Run. It remained a Swiss competition until 1906 when the first competitions outside Switzerland took place in Austria. At the 1926 FIBT World Congress in Paris, France, it was approved that skeleton was an official Winter Olympic sport with competition taking place at the 1928 Winter Olympics in St. Moritz. 13 competitors from five nations took part. Twenty years later, skeleton reappeared on the Olympic program when the 1948 Winter Olympics returned to St. Moritz.

At the 1954 IOC meeting in Athens, Greece, skeleton was replaced by luge on the official Olympic program. This caused skeleton to fall into obscurity until the development of a "bobsleigh skeleton" which could be used on any bobsleigh track in 1970. The development of artificial tracks would also help the rebirth of skeleton as a sport.

The following persons have served as president of FIBT:

-Bobsleigh at the Winter Olympics

-Skeleton at the Winter Olympics

Built for the 1992 Olympic Winter Games, the track sits high in the French Alps, nestled in a valley close to many ski resorts.

Since the 1984 Winter Olympics, a Bobsleigh World Cup has taken place. Below is a list of season champions. Each table shows the country and driver only. 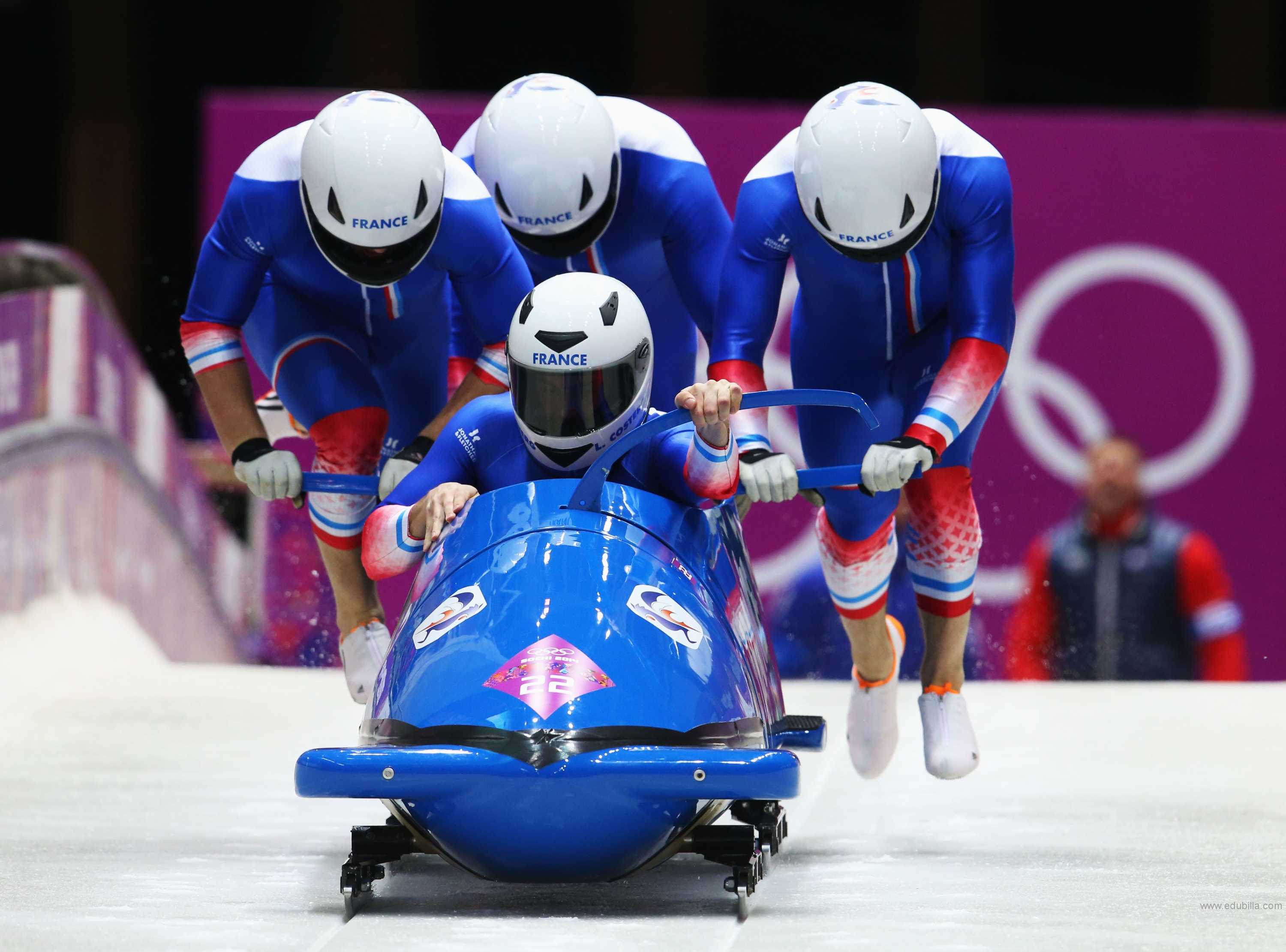 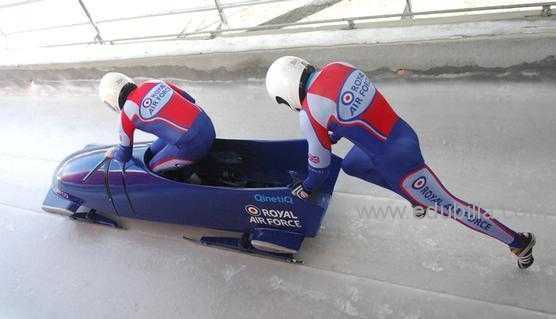 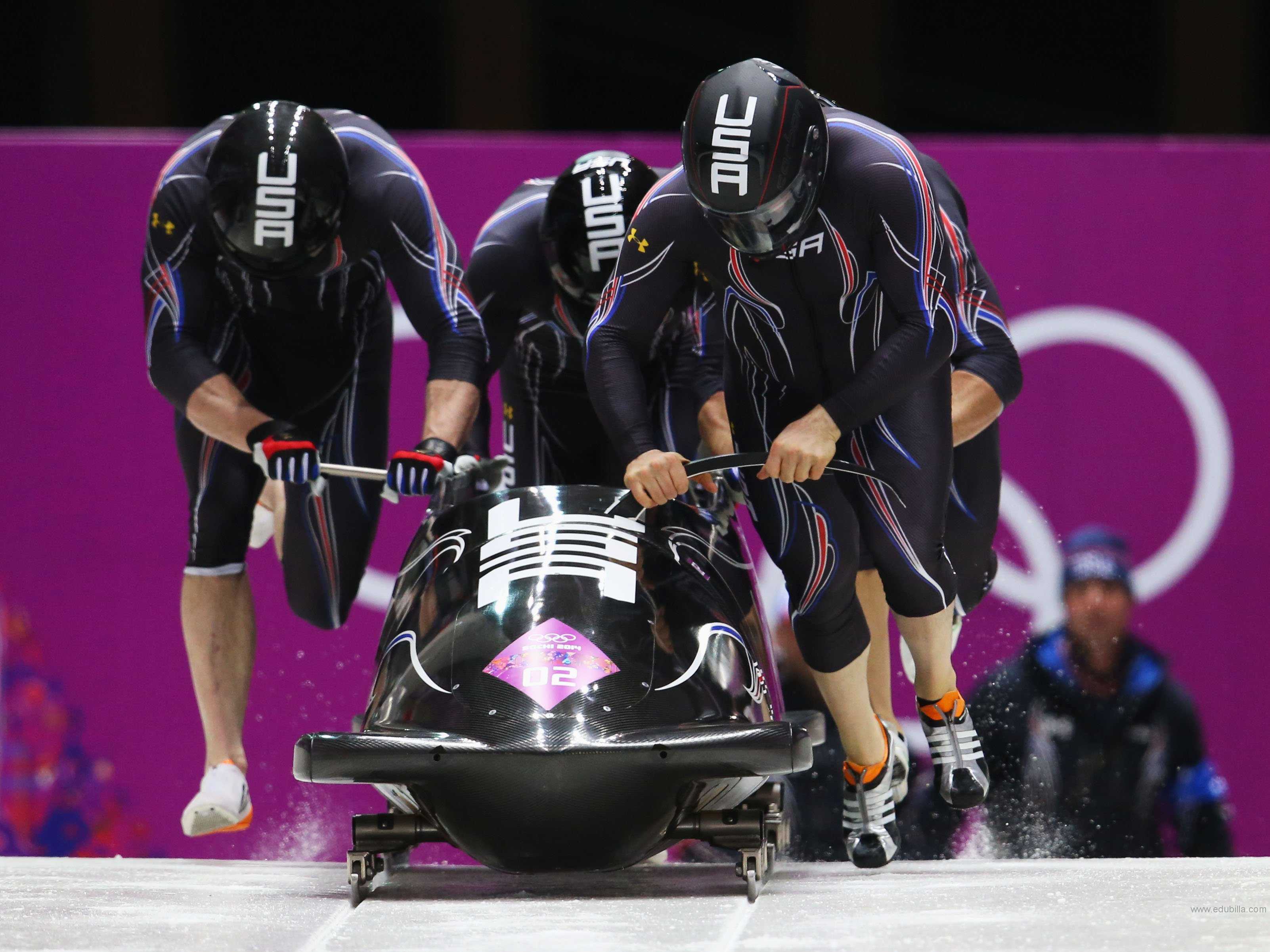 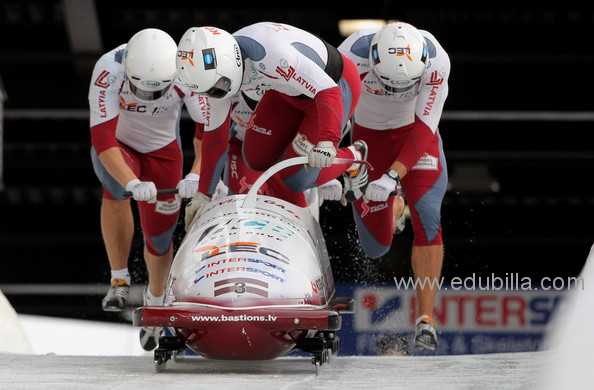 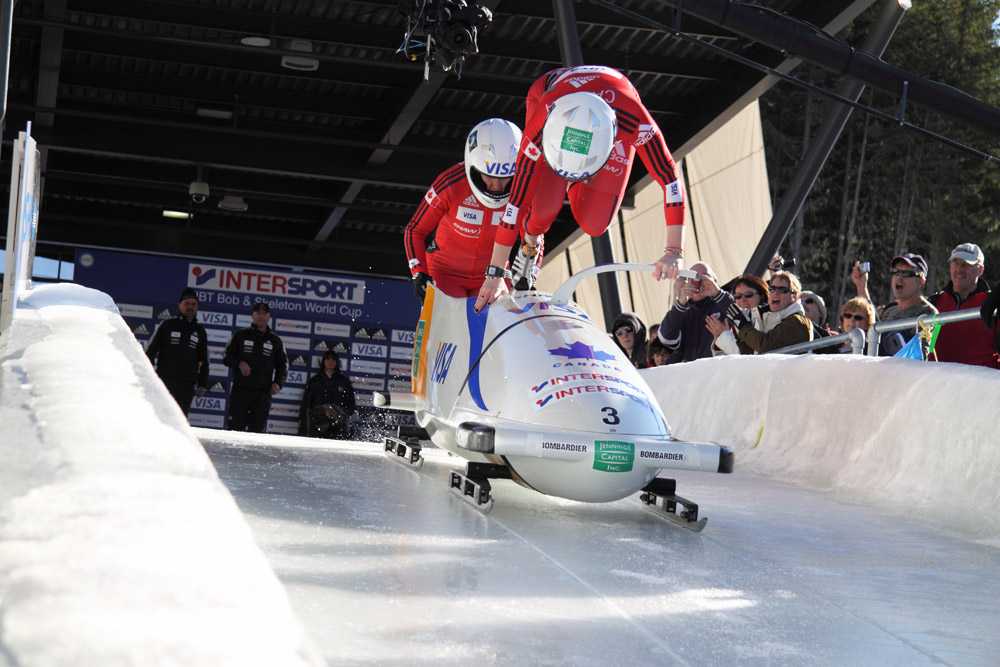 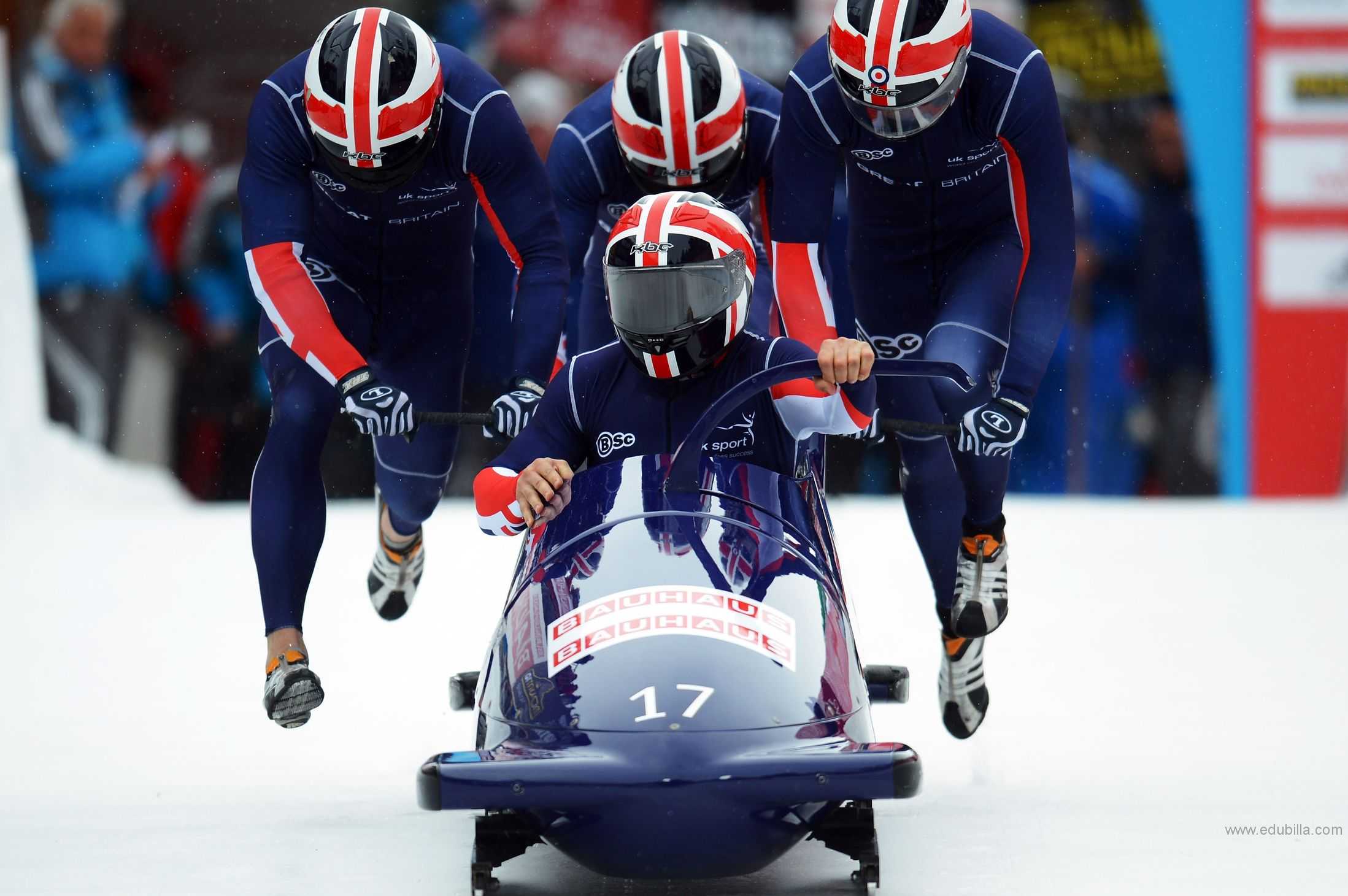 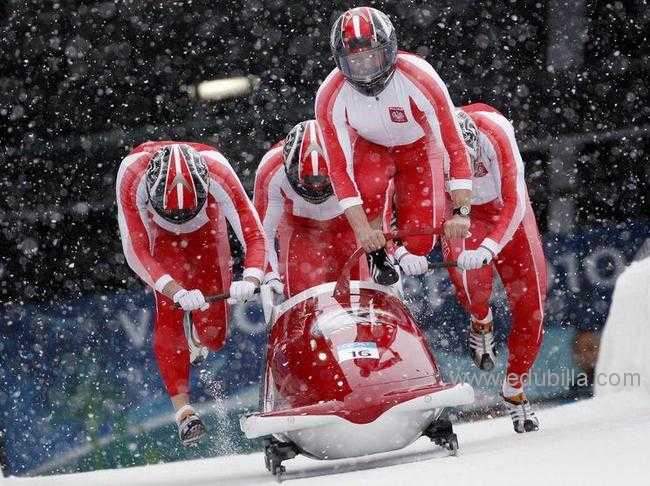 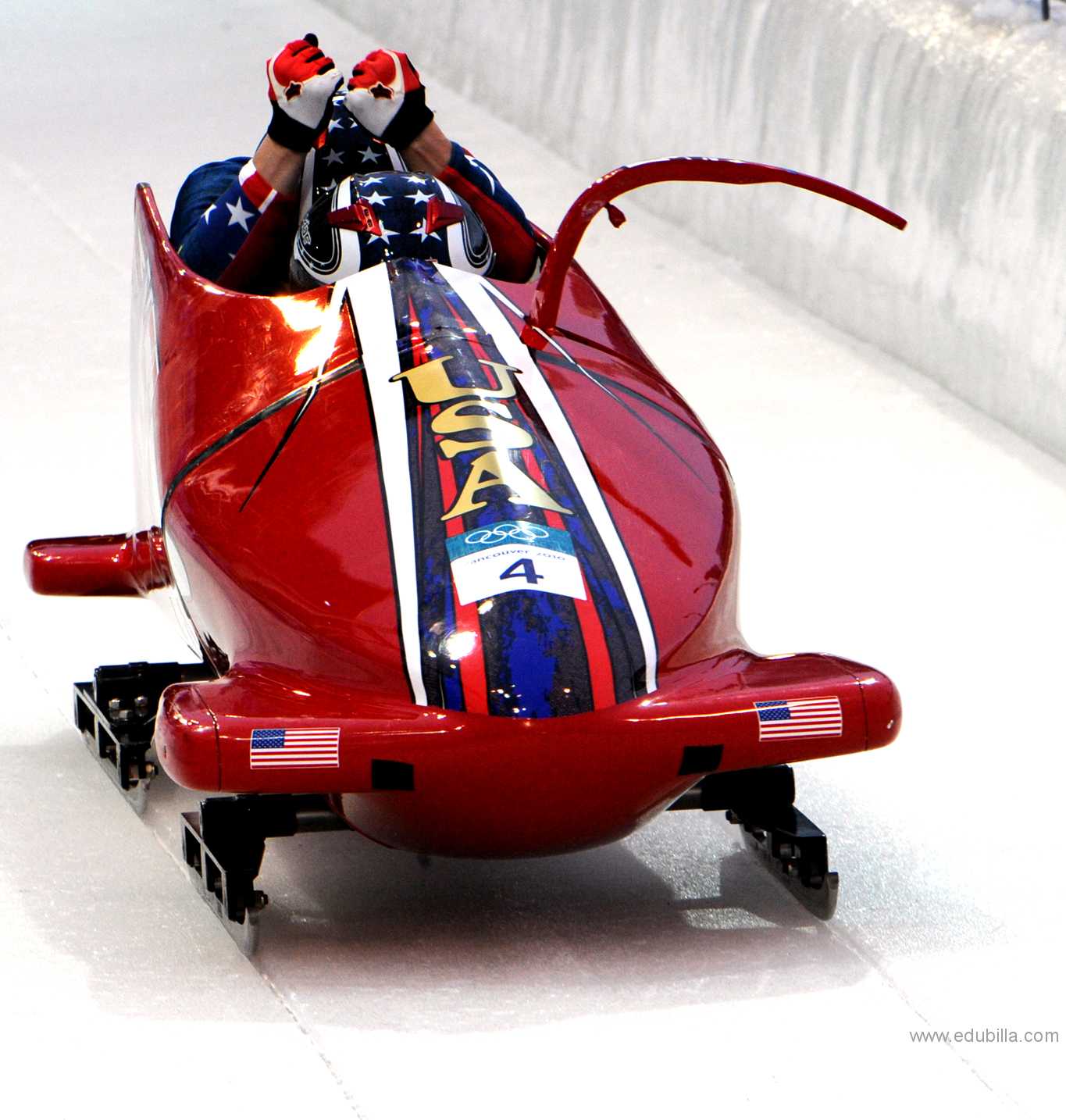 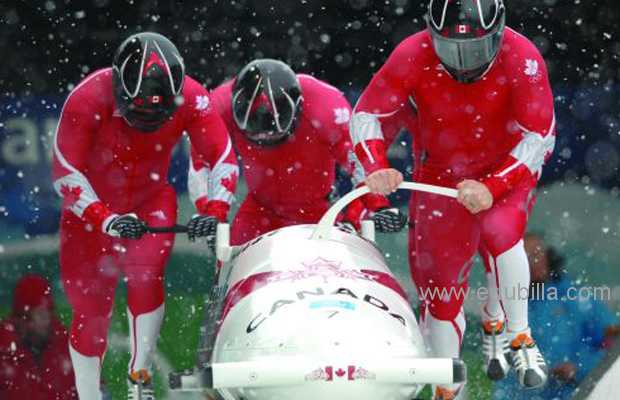 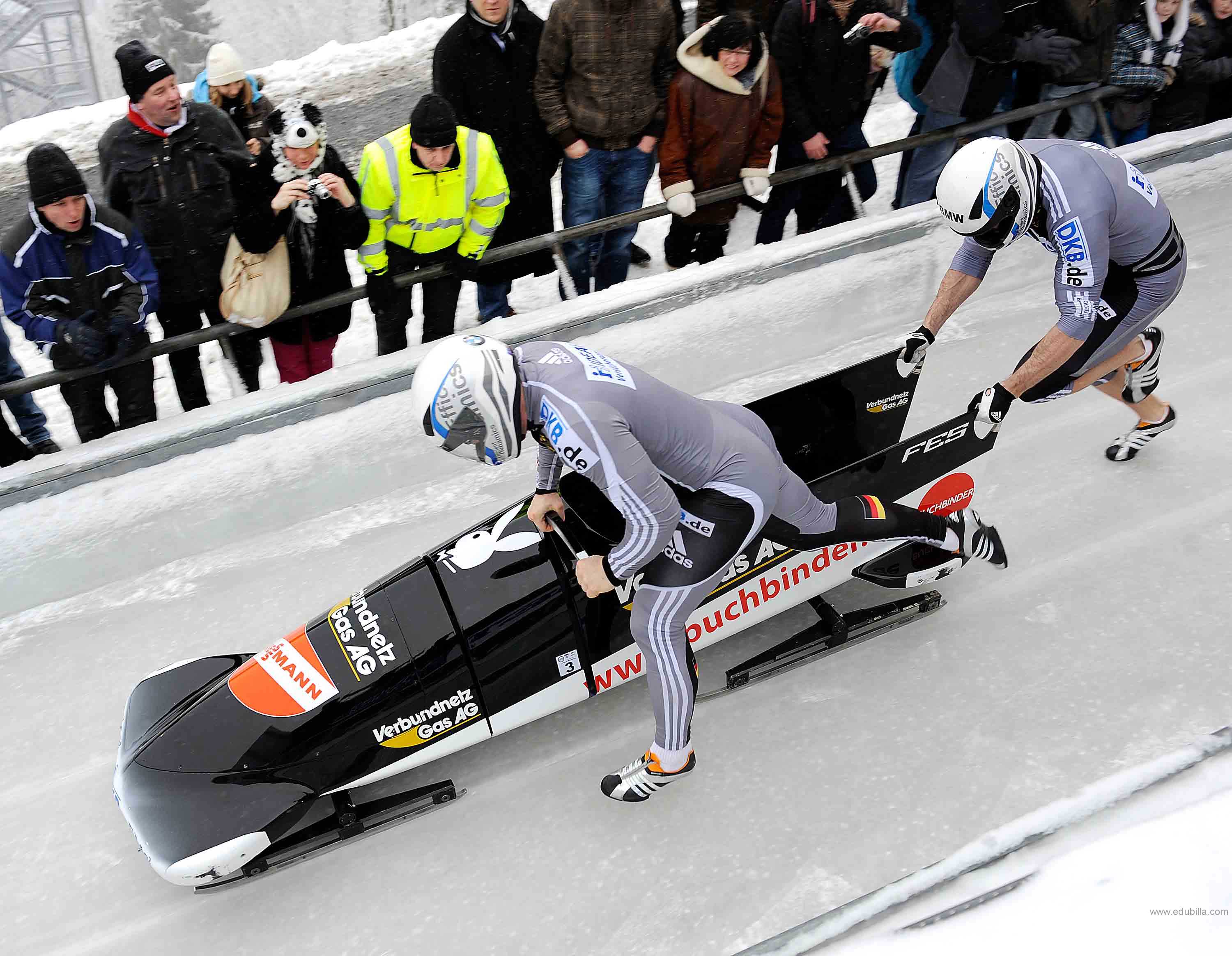 ‹ › ×
Greatest People's Quote
The more difficult the victory, the greater the happiness in winning
-Pele